The EU has offered all-round condemnation of Viktor Orban's increasingly authoritarian government. But some MEPs from Angela Merkel's conservative party voted against a resolution condemning the Hungarian leader. 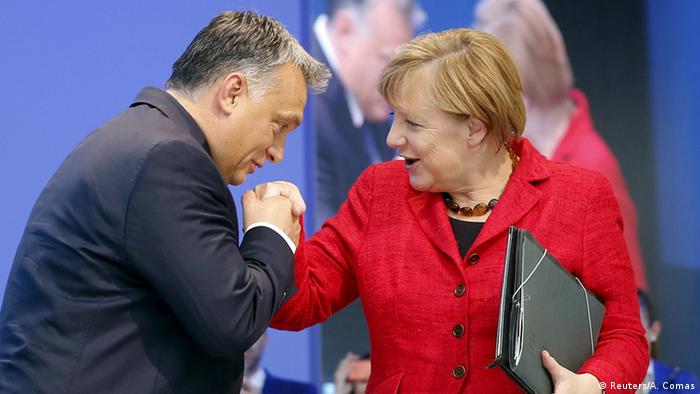 Prime Minister Viktor Orban's conservative nationalist government in Hungary has been in a state of simmering hostility with the European Union in recent months.

This year, the Fidesz party has introduced measures that baited the EU's democratic sensibilities, including legislation that threatened to shut down Budapest's Central European University and hobble foreign-funded NGOs in the country.

Not only that, Hungary is one of three countries that has refused to comply with the EU's "migrant distribution" scheme - a move that drew a lawsuit from European authorities.

As if to back up his insubordinate behavior, Orban also sent out a shamelessly populist questionnaire to Hungarian voters, asking his people questions like: "Brussels wants to force Hungary to allow illegal immigrants into the country. What do you think Hungary should do? (a) For the sake of the safety of Hungarians these people should be placed under supervision while the authorities decide their fate. (b) Allow the illegal immigrants to move freely in Hungary."

The parliament strikes back

Last month, the European Parliament decided it needed to act, and passed a resolution stating that Orban had done enough to trigger the "nuclear option," also known as Article 7 of the EU Treaty, which imposes sanctions and withdraws the voting rights of any member state deemed to have breached fundamental democratic rights. 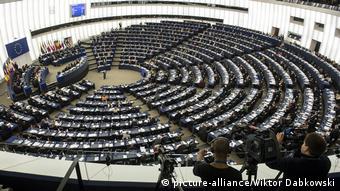 But the consensus wasn't absolute. The center-right faction of the European Parliament - the European People's Party (EPP), home to both Fidesz and Angela Merkel's Christian Democratic Union (CDU), was split on the issue. As the think tank VoteWatch Europe pointed out, most CDU members - along with their conservative colleagues from Italy, Spain and Croatia, stayed loyal to Orban and voted against the resolution.

The CDU's parliamentary faction was reticent about why they had decided to continue appeasing Orban in face of his evermore virulent anti-Brussels rhetoric. "The objection of some of the EPP Group members to the resolution on Hungary was based on the concern about the credibility of the European Parliament," CDU spokesman Thomas Bickl told DW in a carefully-worded email. "We cannot ask for the triggering of Article 7 as long as there is no reply yet on the part of the Hungarian government to the questions of the EU Commission." After all, he added, this was the position taken previously on Poland, so it would not be "logical" to take a different approach with Hungary.

But Doru Frantescu, co-founder and CEO of VoteWatch Europe, thought there were a few other reasons why the CDU might have stuck with Fidesz, whose positions - as many have pointed out - are closer to the hard-right, euroskeptic parties like the Alternative for Germany (AfD) and Britain's UK Independence Party (UKIP).

"The EPP is a very disciplined political family, perhaps the most disciplined," he told DW. "We are hearing a lot of criticism towards Fidesz, even from Merkel's CDU, but this is all done internally. In the public sphere they are very reluctant to deliver harsh criticism. They know that if they lose Fidesz, they will become even smaller, and be at the same level as the socialists in terms of numbers."

For that reason, said Frantescu, the CDU had decided to take a "moderate" stance - though they prefer not to trigger Article 7, they "do agree that there is a problem in Hungary."

"The solution they have found is to threaten Hungary so that it will have problems accessing EU funding if their problems are not addressed," he said. As far Frantescu is concerned, this is a wiser option, and a more "credible" threat than lifting voting rights.

But MEPs from Hungary's opposition parties could not agree less. Benedek Javor, MEP for the Dialogue for Hungary Party, thinks that the resolution should have come earlier.

"A few years ago there was much more room for maneuver for the EU institutions," he told DW. "In the first couple of years [of the Orban government], there was no clear commitment along this way against the EU. More active steps from the EU institutions then could have had an effect on limiting the anti-democratic developments in Hungary. In a way now it's a bit late."

At this point, Orban has switched to an all-out anti-Brussels, anti-migrant stance. Earlier this week, Javor noted, the Hungarian PM had even made a speech suggesting that the EU was "aligned with terrorists." 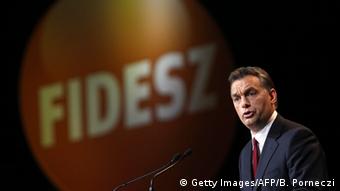 Javor was disappointed that some German EPP members had voted against the resolution. "The EPP for long years protected and defended the Hungarian government and Fidesz," he said. "And they tried to explain to themselves, and the public as well, that there is nothing really frightening in Hungary, and they should do nothing."

Javor singled out the German CDU faction in the EPP as being specifically responsible for this. "I believe they tragically misunderstood the situation," he said. "They had a sentiment that it's still better to keep Fidesz inside the EPP because in this way they can have more influence on the decisions of the Hungarian government. This was basically false."

Other MEPs were more forgiving. Csaba Molnar, of the center-left Democratic Coalition in Hungary and the social-democratic PES faction in the EU, pointed out that the EPP leader Manfred Weber had "sharply condemned Orban" in a plenary session in May. But he also added: "On the other hand it is a legitimate question [of] how long Orban can stay in the EPP. This, however, needs to be answered by Madame Merkel alone."

Molnar also argued that Orban presented a new challenge for the EU. "It was unimaginable before that an EU member state shuts down a private university, launches a campaign against Europe, adopts a Russian-style NGO-law," he said. "Now that we have the rule of law mechanism the EU is better equipped to handle Orban. 2018 is an election year in Hungary. We are confident that Orban and his cronies will be put out of business soon."

Javor added that while it was clear that "the problems in Hungary must be solved in Hungary," the EU should be aware that developments in Poland showed that the problem had infected the continent. "This is about what we think about the European Union," he said. "Is it only a free trade zone, or is it a community of values and fundamental rights?"