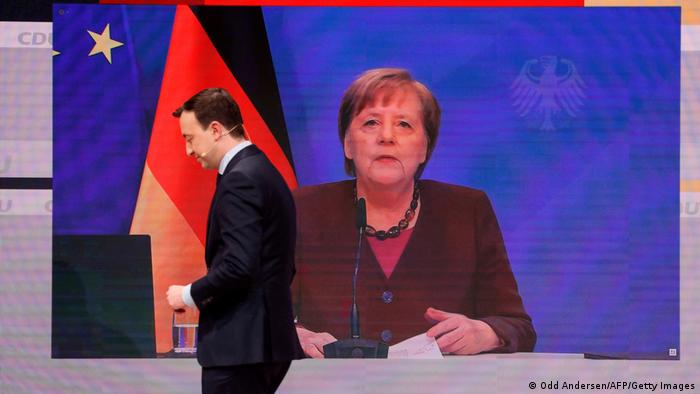 The German leader said the current threat was more serious than any of the crises she has faced since taking power in 2005, including the global recession, the EU debt crisis, and the mass arrival of refugees in 2015 . She described the pandemic as a "once-in-a-century" event.

"And I'm completely convinced […] the same will happen even after the pandemic," Merkel said.

Merkel compared the situation in the world at the beginning of her rule over 15 years ago with the events today.

"There were no smartphones back then, Nokia was leading the cellphone market, social networks and [social] media were a marginal phenomenon," the chancellor said of her first year in office. "The Chinese economy was smaller than Germany's — it is now almost four times bigger," she added.

She warned that the world likely would change even more dramatically in the following decade and a half due to climate challenges, digitalization and the demographic transformation of Germany.

Delegates of Merkel's center-right CDU are set to elect a new party leader at the conference this weekend.

Merkel held the reigns of the party from 2000 until 2018, when she decided to step down as CDU leader but keep her position at the helm of the head of the German government.

She was succeeded by Annegret Kramp-Karrenbauer at the head of the party. However, Kramp-Karrenbauer has failed to connect with the CDU's base and cultivate wide support inside the conservative party and has since said she would step down from the role.

Kramp-Karrenbauer is now set to be replaced by one of the three candidates: old Merkel rival Friedrich Merz, the state premier of North Rhine-Westphalia Armin Laschet, who is believed to be a favorite of Merkel's, or senior lawmaker Norbert Röttigen. The race remains wide open. 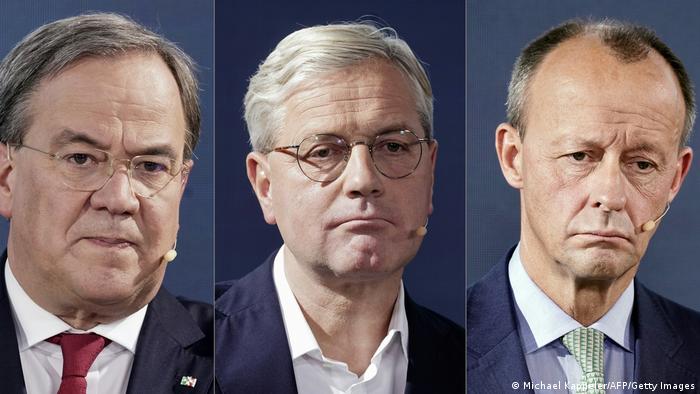 Merkel has not openly endorsed any of the candidates. However, on Friday she praised CDU for embracing a moderate course and searching balance and social cohesion — a move that could be interpreted as a rebuke to Merz, who previously pledged to take the party further to the right.

The chancellor is expected to stand down following a general election in September. This would put the next CDU head into the prime position to compete for the chancellery.