ANC's Malema continues to fight on

South Africa's ANC has delayed the final sentencing of its Youth League President Julius Malema who is allowed to present evidence to reduce his five-year-suspension in two weeks. 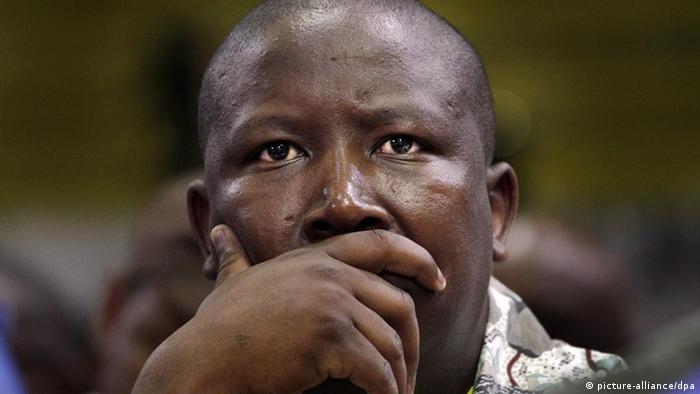 Julius Malema's fight to stay in the ANC continues.

South Africa's ruling African National Congress (ANC) has delayed the final sentencing of its Youth League President Julius Malema. "There should be no confusion. We have decided to delay everything from kicking in until the processes are completed," ANC Secretary General Gwede Matashe said on Monday. "We will wait two weeks for the mitigation."

On the weekend, Malema had lost an appeal against his five-year suspension by the organization's disciplinary committee. The ANC had charged him with bringing the party into disrepute. Critics claim that 30-year-old Malema has fuelled racial tensions. He repeatedly called to nationalize South Africa's gold and platinum mines and continuously criticized President Jacob Zuma.

Malema who quickly became one of the country's most influential and controversial politicians is allowed to argue for a reduction of his five-year suspension in two weeks along with four other top members of the Youth League. The Youth League has historically played an important role in influencing party politics. The battle for Malema's succession has already begun.

Sowing division within the ANC

Early last year Malema was on the warpath against President Jacob Zuma. He accused Zuma of being in the pockets of the United States and Europe and for failing to introduce fundamental changes to transfer gold, diamond and other mines to the black majority. Malema was also dissatisfied with the speed of the country's land reform program.

Malema's call for regime change in neighbouring Botswana and hefty attacks against Zuma got him suspended for a five-year term late last year. The charismatic youth leader and his fellow officials appealed against the membership suspensions. But the ruling ANC's Appeal Committee which is headed by former ANC secretary general Cyril Ramaphosa confirmed the suspensions. The Appeal Committee described Malema's arguments against his conviction and suspension as "naive, absurd and ridiculous." 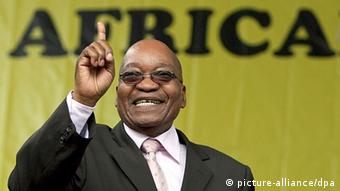 Ramaphosa made it clear that the Appeal Committee had taken a unanimous decision. The reason was to maintain discipline in the ruling ANC. Malema was found guilty of sowing divisions - not only within the ANC - but also among South Africa's multi-racial population.

"We have sought to act as an impartial body that dispenses discipline and justice in the ANC. And what we have concluded in terms of all these findings is precisely what we have put before you," Ramaphosa said.

The suspended ANC Youth League leader has not yet commented on losing his appeal. But it's understood that he would take up the Appeal Committee's decision to allow him and his officials to submit evidence within two weeks. "He will do anything to garner support for his case," said Christian von Soest, a specialist on South Africa at the GIGA Institut for African Studies in an interview with DW.

A "dangerous opponent" for the president 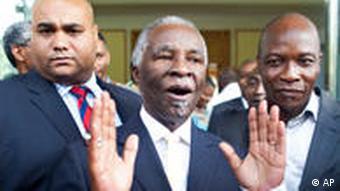 Malema emerged on South Africa's national political scene about four years ago when he took the side of Zuma and campaigned for the downfall of former President Mbeki. His famous words at this time were: "Mbeki must go and he must go now." He was seen as a bully who could get away by saying anything. But the tide has now changed and it seems that very few people will miss him - even those who he assisted to put into power.

"Julius Malema has become a dangerous opponent for [Zuma] in the party and in South Africa. He said that President Zuma is not doing enough for the poor South Africans. One of the biggest supporters of President Zuma turned into an opponent," von Soest told DW. "Secondly, he is also dangerous for South Africa as a destination for foreign investors as a place to invest in. So a lot of investors tend to, that's the impression one can have, tend to wait and see how the ANC is relating to Julius Malema's calls to nationalization of mines for instance."

Most analysts say that Malema will increasingly become isolated. His political career may also be further damaged as he is investigated for tax offences and corruption allegations.