While many students consider Latin a grammatical nightmare of declensions, cases and genders which must be painfully memorized, the tongue of Julius Caesar, Cicero et al. is a popular subject in German schools. 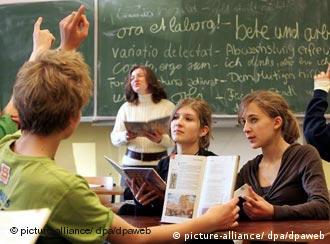 At German schools, Latin is currently the third most popular foreign language among secondary school students and it's gaining in popularity. The status of the language of the ancient Romans and mother of several modern European tongues is even greater than that of world tongue Spanish. Italian, a child of Latin, can't hold a candle to its parent as far as numbers of students go.

In 2003, 654,000 German students between the ages of 14-18 were busy declining a-stem nouns and conjugating i-stem verbs. Two years later, that number increased more than 13 percent to 740,000. Only English, with 10 times the number of learners, and French, two-and-a-half times as popular, beat Latin in the foreign language race.

The popularity of Latin in Germany coincides with a unification of Europe. It is a phenomenon somewhat similar to the era when Augustus Caesar's empire stretched from Gaul in the northwest to Asia Minor in the southeast. 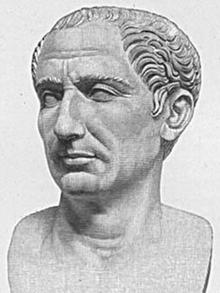 Julius Caesar, emperor of Rome and conqueror of much of Europe

Latin was the lingua franca then, and Rome, together with its role model Greece, was the cradle of modern European civilization. It's exactly this attempt to understand one's roots and find a common European identity that is driving Latin's current renewal, according to Hartmut Loos, chair of the German Philology Association.

Students who read Ovid, for example, experience the mythology that has left its mark on Western culture and discover how Europe got its name through the abduction of Europa by the Roman god Jupiter. Possibly trivial, but nomen est omen, particularly in the age of globalization.

"No subject is better suited than Latin to help us understand our common European roots," Loos said. "It is the mother of European languages, and allows students clear insight into Europe's cultural tradition. Latin is a multifaceted instrument that imparts language, methodical, cultural, and personal skills."

While many who took Latin in the past have not-so-fond memories of late-night memorizing of verb tables and conjugation patterns, current Latin learners have a largely different experience. 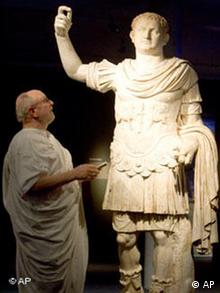 A museum tour in Bremen -- in Latin, of course

Today's students are spared the tedious task of parsing and translating each and every word. What's important is not the rote learning of dative and ablative forms, but the ability to analyze the content of Julius Caesar's Gallic Wars, or illustrate how Cicero's Republic is relevant to modern democracy.

Also, pupils today are left more often to their own resources. They work together in groups and present their findings to their classmates, instead of just responding to teacher's questions. In the words of one of Germany's leading educators, Friedrich Maier, Latin instruction is meant to build character and not to be just a grammar drill.

Latin is not, however, simply popular with teenagers. One of the biggest advocates of antiquity and the classical languages in the classroom is the country's most popular quiz show host, Günter Jauch.

The 49-year-old who asks the questions for the German version of Who Wants to Be a Millionaire? admits that Latin and Greek are difficult. But he compares learning classic languages to taking a trip. 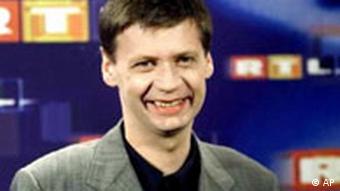 "Latin is like taking the long way," he told the newsmagazine Der Spiegel. "If I want to get from A to B fastest, then I'll drive on the autobahn. The beauty in travel though is the stops in between, or traveling through the villages."

Many Latin teachers enjoy their work also and try to bring the "dead" language to vibrant life. Seven schoolteachers in the northern city of Bremen compile and broadcast a radio bulletin in Latin with the month's top local, national and international news stories from around the world. In March, the demise of a former leader in the Balkans was the lead item: Milosevic mortuus.

"Ni Hao" Rather Than "Bonjour" in German Classrooms

English, French and Spanish have long been the primary foreign languages in German schools. But there's a new kid on the block: Chinese is popping up more frequently on class schedules as China's economic might grows. (March 7, 2006)

Just when you thought that "dumbing down" had got the better of everyone, it seems that Germany has rediscovered the joys of Latin. (Feb. 10, 2006)

The use of foreign words in German is nothing new, but more and more Anglicisms are creeping in, upsetting some language mavens. The new "Living German" campaign advocates finding German equivalents of English words. (Feb. 7, 2006)

Opinion: Can the Golden Globes survive?