Amnesty: 'World did too little too late in Syria'

The Syrian regime's brutality radicalized the opposition and escalated the civil war, says Donatella Rovera of Amnesty International. She spoke to DW after spending several weeks undercover in Aleppo. 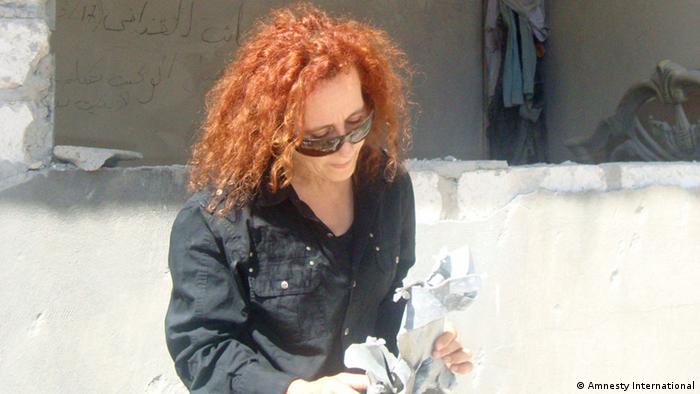 DW: Ms. Rovera, in Aleppo and the surrounding area you saw the government abusing power in several different ways. You even saw how the health system could be used as a weapon.

Donatella Rovera: Yes, for the people who are injured or killed by government forces, there has been a lot of pressure on the families, whereby people are too scared to go to the hospital, because they know that if they go there, they'll be arrested, and if they're arrested, they'll be tortured. So they are essentially denied medical care, since they cannot go to hospital. They have to rely on very basic emergency treatment that they can get from sympathetic doctors who work in apartments, and the cases that are very serious, they have to find a way to smuggle them out of the country. 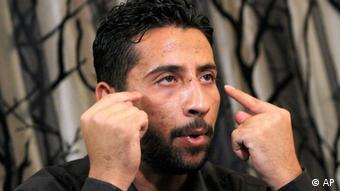 As for those that are killed, similarly, the families are often put under pressure to say that their relative was killed by terrorist gangs, and many families do to avoid further problems.

But they are not only targeting demonstrators. Do you get the impression that every civilian is also in danger?

Well yes, to a large extent. During the days that I spent in Aleppo city, I saw the security forces and the Shabiha militia opening fire on the crowd with live rounds every day, and quite clearly the manner in which they were shooting was so indiscriminate that other people who were just standing by, or on a balcony, would end up being killed and injured. At least in the days I was there, at least two of the people I saw - one was a child who had been killed, and the other was someone who had been injured - had not been participating in the demonstration.

You spoke to several former prisoners who told you about torture. What exactly did you find out?

Torture was widespread in Syria even before the uprising, but it has certainly increased tremendously, and virtually every person I met who had been detained had been subjected to torture. Some of it was just very severe beating with electric cables and the like, others were more sophisticated, like being given electric shocks, or the tire method where a detainee is bent over at the waist and a vehicle tire is placed over the body to keep the body immobilized while the person is then being beaten. Or being suspended in a contorted position, mostly being suspended by the wrists, while only having the tip of the toes touching the ground and being left like that for many hours. These are the most common methods of torture. 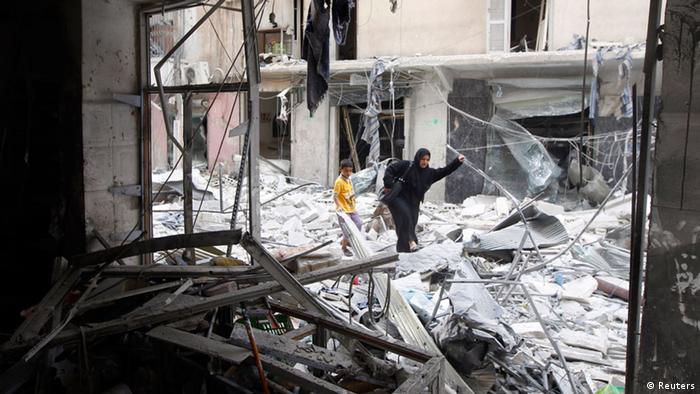 You say that the regime's violence actually sparked the resistance.

Yes, Aleppo was very much below everyone's radar, precisely because there was very little happening there. It was only in recent months that the demonstrations grew. And of course the repression by government forces - the killings, the arrests, the torture - led to more and more demonstrations. And now of course we have been in a very different situation over the past four weeks. Aleppo is now in a situation of violent conflict, like the rest of the country.

Have you found evidence of human rights violations by the armed opposition movement?

Yes, opposition groups are also committing abuses, though it has remained on a much lower scale than the abuses that have been committed by the regime. However, as the conflict develops and becomes more intense and more widespread, there is the danger that those abuses will increase. The abuses have been committed both by groups affiliated with the Free Syrian Army, and other groups that are not affiliated with the FSA, but are also fighting the regime. The two most common types of abuses are the torture and ill-treatment of prisoners, when they catch members of the security forces or members of the Shabiha militia. And in some cases they kill them. That is of course a crime under international law.

The international community has largely kept itself out of the Syria conflict so far. How do you rate its role?

The international community, and this has to be said, has failed spectacularly to address the plight of the civilian population. Very early on, when it was possible to address the situation more easily because it was not so complicated, there was absolutely no political will from the international community, including the European and North American countries who are now talking about the need for something to be done in Syria. They failed to realize the importance of the situation and to do anything about it. 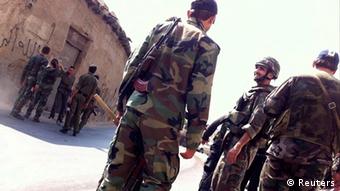 The abuses are much worse on the government side, says Amnesty

And now it seems almost too late for any peaceful resolution to the conflict.

Now it is going to be extremely difficult for anyone to do anything, because it is now an armed conflict. Neither side has any interest or any desire to stop. This was already the case when the UN dispatched the current mission to Syria in April. It really was a case of too little too late. The mission was supposed to observe and monitor a ceasefire, when by then it was absolutely clear that there was no ceasefire and there was not going to be a ceasefire.

Can you think of any way of intervening in the conflict that could at least reduce the violence?

There are two or three things that could still be done that should have been done much, much earlier on. The situation should be referred to the International Criminal Court. I think that it is incredible that 18 months after the beginning of what has become a very brutal conflict, we still hear European leaders objecting to the referral of Syria to the International Criminal Court, by saying, "Well, we should wait, maybe we should give the Kofi Annan initiative another chance." As if the two initiatives are mutually exclusive. They are not. A referral to the International Criminal Court would send a clear message to the Syrian regime that they will be held accountable, because until now they have not received that message. And if that message was delivered to them loud and clear, that may play a part in reducing some of the worst excesses.

Donatella Rivera is an expert in crisis regions for Amnesty International. She spent several weeks undercover in Syria to study the situation there. Amnesty published her report on Wednesday.

The civil war in Syria looks increasingly likely to descend into a battle between religious denominations, warns the Syrian sociologist Huda Zein in an interview with DW. She sees only one way out of the dilemma. (01.08.2012)

No one can predict how long the Assad regime is still going to last, but behind closed doors, plans are being made for the time that follows - and much of that work is being done in Berlin. (31.07.2012)

'No end to the violence in Syria'

There is no foreseeable end to the violence in Syria even if Assad falls from power. According to German political scientist Margret Johannsen, the divisions within Syrian society cannot be repaired quickly. (31.07.2012)