Amnesty International says some Syrian opposition groups are carrying out abductions, torture and summary killings. The rights group called on international backers to stop sending arms to some Syrian rebels. 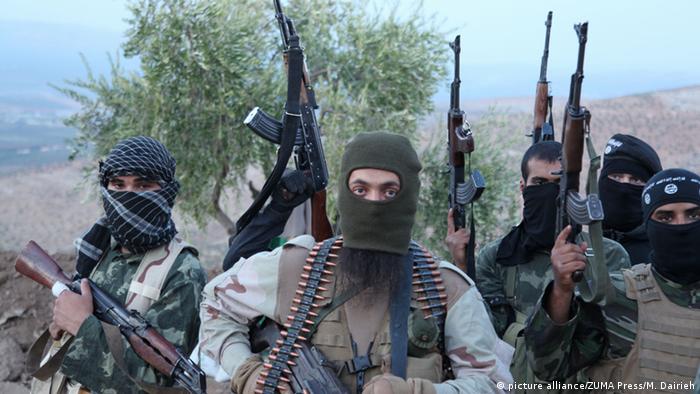 Warning that some Syrian opposition groups have adopted methods of abuse similar to those employed by the Syrian regime, Amnesty called on world powers to "pressure armed groups to end such abuses and comply with the laws of war."

Its latest report is based on interviews with around 70 individuals living or working in the northern provinces of Idlib and Aleppo, areas controlled by insurgents. It documents at least 24 abductions of activists, ethnic and religious minorities, as well as three children, two of whom remain missing as of last week.

Some of the groups are backed by the US and other regional powers, while others are linked to al Qaeda's branch in Syria. 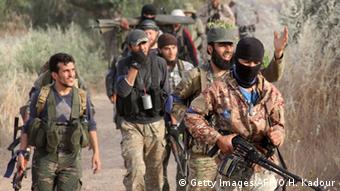 Al-Nusra Front and four other groups were named

"Many civilians live in constant fear of being abducted if they criticize the conduct of armed groups in power or fail to abide by the strict rules that some have imposed," warned Philip Luther, head of Amnesty's Middle East and North Africa program.

"In Aleppo and Idlib today, armed groups have free rein to commit war crimes and other violations of international humanitarian law with impunity," he added.

One example given is of a humanitarian worker named Halim, who was kidnapped and tortured by Nureddin Zinki rebels in Aleppo, until he confessed to a crime.

Amnesty International has released a report alleging widespread torture and ill treatment of anti-regime detainees by Syrian security forces and militia groups, harkening back to the "dark era" decades ago. (14.03.2012)

A new alliance of rebel groups has started to retreat from the border town after suffering heavy casualties. Anti-IS forces have stepped up operations to uproot the militant group in Iraq and Syria. (29.06.2016)

"He (the guard) started beating me with cables on the soles of my feet. I couldn't bear the pain so I signed the paper (confession)," Halim said.

Amnesty also documented summary killings by gunfire, some in public, of pro-government fighters, which it said constitute war crimes.

The report also described how jihadist and hard-line religious groups operate their own religious courts which punish crimes, such as abandoning religion or adultery, with death.

Amnesty interviewed another man, Saleh, who was held by Al-Nusra in late 2014, and was told by his guard that five women accused of adultery would "only be forgiven by death". He said he later watched a video showing Al-Nusra militants publicly killing one of women execution-style.

Amnesty called on international backers, including the US, Qatar, Saudi Arabia and Turkey to cease arms transfers to groups implicated in abuse.