German Economy Minister Peter Altmaier said Europe will defend its interests if the US prioritizes its own over others. He also accused Washington of wanting to block a Russia-Germany pipeline to boost its own exports. 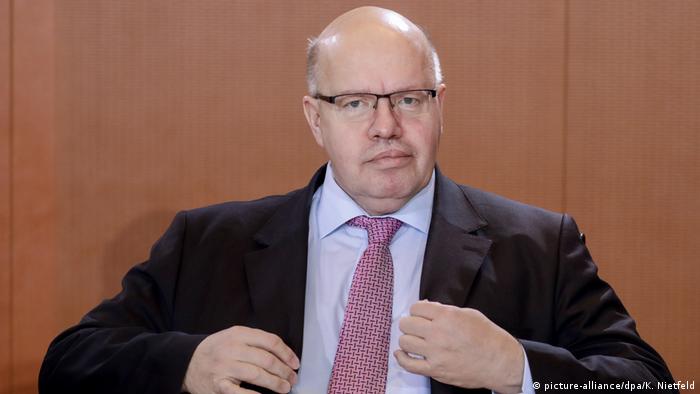 Europe will respond firmly if the US places its own economic interests above those of others, Germany Economy Minister Peter Altmaier said on Friday.

"The US are our friends and partners, and we want to defend our common values," Altmaier told ARD public service television.

"But if it's America first, and they put their economic interest before others, then they have to expect Europe to define their own interests and fight for them," he added.

Amid growing fears of a trade war, the USA under the Trump administration imposed tariffs of 25 percent on steel imports and 10 percent on aluminum in March, but gave temporary tariff waivers to the EU and several other countries. The exemptions are due to expire June 1.

Earlier in the interview, Altmaier also defended the Nord Stream 2 pipeline, which Washington, along with many eastern European countries, would like to block. They say that by sidelining Ukraine, it gives Russia too much leverage over countries reliant on its energy sources.

Altmaier, however, attributed US opposition to its desire to increase its own shale gas exports.

"They are looking for markets, which we can understand, and they can land it here easily," Altmaier said. "But it is much more expensive than pipeline gas, so blocking Nord Stream 2 on its own won't guarantee exports."

Altmaier's comments come as German Chancellor Angela Merkel is to hold talks with her Russian counterpart, Vladimir Putin, that are expected to cover not only the US withdrawal from the Iran nuclear deal and the war in Syria, but also energy issues and the conflict in eastern Ukraine.

The new US ambassador to Germany defended planned US tariffs, but said the ball is in Brussels' court. Grenell already made headlines for his Tweet calling on German companies to "immediately" wind down business in Iran. (12.05.2018)