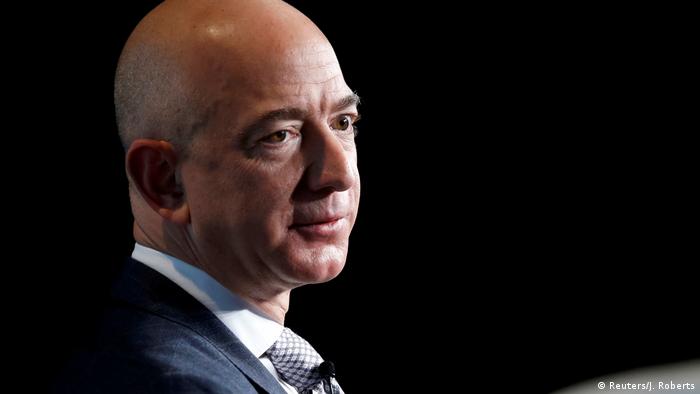 Amazon CEO Jeff Bezos on Monday committed $10 billion of his fortune to set up a fund aimed at tackling the climate crisis, weeks after hundreds of his employees signed a blog demanding the online retail giant take drastic steps to reduce its carbon footprint.

The fund, named Bezos Earth Fund, will begin issuing grants to scientists and activists this summer, the world's richest man announced in an Instagram post. "Climate change is the biggest threat to our planet. I want to work alongside others both to amplify known ways and to explore new ways of fighting the devastating impact of climate change on this planet we all share," said Bezos, whose net worth is estimated to be $130 billion.

"This global initiative will fund scientists, activists, NGOs — any effort that offers a real possibility to help preserve and protect the natural world. We can save Earth. It's going to take collective action from big companies, small companies, nation states, global organizations, and individuals," he said.

Bezos' personal donation follows Amazon's "Climate Pledge" last year which aims to make the company carbon neutral by 2040. As part of the pledge, he had said Amazon would meet the goals of the Paris Agreement by the same year, 10 years ahead of schedule — also promising to buy 100,000 electric delivery vans.

The task of reducing its carbon footprint will be a challenging one for the world's largest e-commerce company which delivers 10 billion items annually. The huge energy consumption of server farms used by Amazon's cloud computing business further adds to its greenhouse emissions.

An advocacy group, Amazon Employees for Climate Justice, said it applauded Bezos' initiative but added that "one hand cannot give what the other is taking away." The group also questioned the company's support for oil and gas businesses.

"The people of Earth need to know: When is Amazon going to stop helping oil & gas companies ravage Earth with still more oil and gas wells... Will Jeff Bezos show us true leadership or will he continue to be complicit in the acceleration of the climate crisis, while supposedly trying to help?" the group said in a statement.

Criticism of Amazon's climate policy has been mounting for several months, particularly from its own workforce. Last year's climate pledge was announced at the last moment, just a day before more than 1,700 employees had planned to walk off the job unless company announced measures to curb its emissions.

Warmer winters in many parts of the world are increasingly becoming a headache for communities in regions that have long profited from skiing. A small company in Saxony, Germany, has an answer to their dilemma. (11.02.2020)