Employees of online retailer Amazon have gone on strike again in Germany. Trade union representatives said they were determined to continue their industrial action in several logistics hubs until the end of the week. 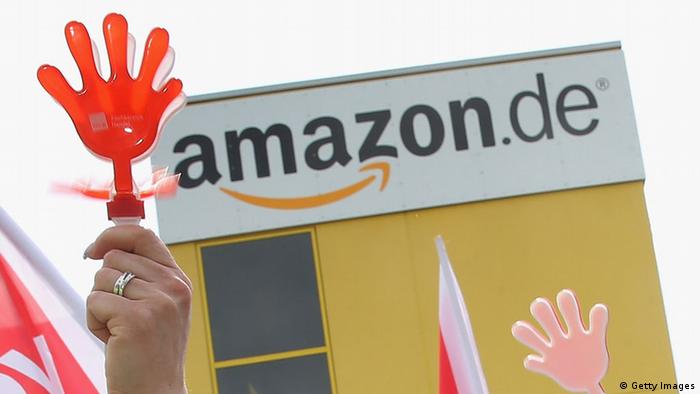 According to Germany's leading trade union Verdi, employees in Amazon's logistics centers in Bad Hersfeld, Leipzig, Rheinberg, Werne, Graben and Pforzheim went on strike Monday morning. Employees of Amazon Prime Instant Video based in the northern town of Elmshorn were also on strike.

The current labor dispute has been going on for more than two years. Verdi demands a labor agreement for Amazon's 10,000 employees in Germany, similar to those for workers in the country's retail sector. Until today Amazon has refused to even talk about a legally binding agreement with Verdi, the union claimed.

"The employees working for Amazon in Germany are fed up with being denied their basic rights", Verdi board member Stefanie Nutzenberger said. They have been demanding a labor agreement that "guarantees them good working conditions," she added.

The company's announcement of a 2.5-percent wage increase did not appease the union, which had repeatedly demanded to seal a labor agreement with Amazon in Germany.

An Amazon spokesperson said that the strikes would not affect the company's delivery schedule.

The e-commerce giant has posted a surprise profit in the second quarter, threatening to dethrone Walmart as the US' number one retailer. Strong 'cloud' sales and surging VIP membership figures sent shares soaring. (24.07.2015)

Online retailer Amazon has announced it has opened national branches in certain European countries. Previously, all revenue was recorded in Luxembourg, prompting criticism from the European Union. (26.05.2015)