The Right Livelihood Foundation awards an alternative to the Nobel Prize. The prize gives moral weight and financial support to those combating environmental damage, underdevelopment or human rights violations worldwide. 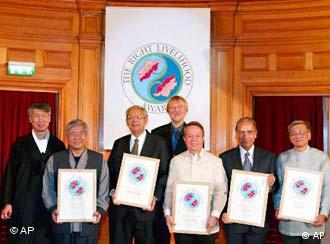 Years ago, German-Swedish publicist Jacob von Uexkull decided to back a grand idea with concrete funding.

Inspired by Alfred Nobel's last wish that answers be found to humanity's most pressing problems, von Uexkull created a $1 million endowment with his own money in the 1970's. The money is used to support individuals or organizations working against environmental damage, human rights violations and underdevelopment.

Since 1980, three prizes worth 50,000 euros ($65,000) each have been awarded every December. A conference celebrating the prize's 30th anniversary is currently going on this week in Bonn.

What von Uexkull initially set out to do was to convince the Norwegian Nobel Committee to add another "official" Nobel Prize for environmental protection. But when they declined, von Uexkull started the "Right Livelihood Award Foundation." 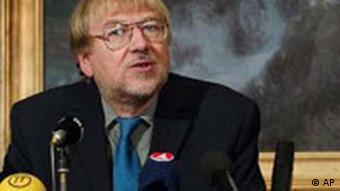 "Because I grew up in Sweden, I knew that if a person wins a Nobel Prize they are taken seriously throughout the world, even in other fields," von Uexkull said. "That was what stimulated me."

This alternative to the Nobel Prize was never primarily about advancements in science. Instead, its main criteria have always been about active engagement and exemplary life-conduct.

It's not uncommon for winners of the Right Livelihood Award to come from developing countries.

Take, for example, Catholic theologian Leonardo Boff, who received the award in 2001 for his decades of work on behalf of poor people in Latin America. Boff also creates a connection between spirituality, social justice and environmental responsibility in his writings.

"Our prize winners, our prize candidates, the members of our jury… they're often people who live right in the middle of things, amongst the poor, in the slums, out in the countryside," von Uexkull said.

Many of them are completely unknown on the international stage until they receive the Right Livelihood Award. One such example is Roy Sesena, who won the award in 2005 for his work on behalf of the Kalahari Bushmen in Botswana.

Women and youth from around the world 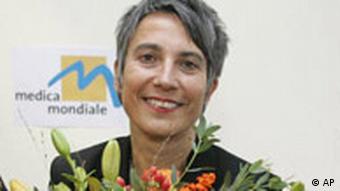 The Right Livelihood Award's 137 winners so far have been spread over 58 countries. But not only do the winners of this alternative to the Nobel Prize more frequently hail from developing countries, they're also younger on average, and more likely to be female.

She founded "medica mondiale," an organization which focuses primarily on the Balkans in working to aid women who have been raped during civil war along with other victims of sexual violence.

The year after Hauser was granted the Right Livelihood Award, medica mondiale suddenly received twice as many donations as before.

"In the case of this prize, it's about exhibiting societal alternatives and honoring movements which have brought change into this world," Hauser said in explaining why she feels particularly honored by the award. 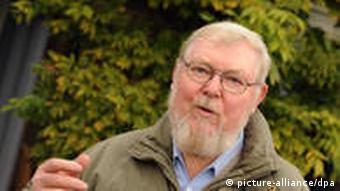 In other instances, the Right Livelihood Award has helped shield its winners from government oppression or even jail.

"This is perhaps the most meaningful prize one citizen of the earth can receive from another," he said after receiving the award.

"It is specifically not the Nobel Prize, which furthers scientific progress and contributes to nature being overtaken and overwhelmed. Instead, it is a prize for thinking about what we can do differently."

Although the idea of an alternative to the Nobel Prize was initially perceived as the dream of a naive idealist, the Right Livelihood Award now carries moral weight on an international level. Its international renown can be seen in the fact that it has been presented in the Swedish parliament since 1985. 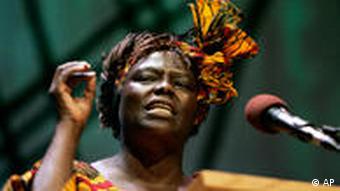 One award winner, Kenyan environmental activist Wangari Maathei, won the Right Livelihood Award in 1984 and then went on to win the Nobel Prize in 2004.

Although Maathei's case is unique to the 30-year history of the Right Livelihood Award, it remains as a testament to the weight carried by the prize.

This year's winners will be announced at an event in Stockholm on September 30.

German biologist Michael Succow is dedicated to creating nature reserves in Eastern Europe and Central Asia. Receiving the Right Livelihood Award in 1997 has assisted him in continuing his quest. (16.09.2010)

No regrets, says agent who spied on Nobel-winner Herta Mueller

The hardships Nobel Prize-winner Herta Mueller faced in communist Romania inspired much of her writing and life's work. Deutsche Welle spoke to the secret service agent responsible for her persecution. (10.12.2009)

An award for activism, dubbed the "alternative Nobel prize" has been awarded to four individuals for their work in fields such as climate change, medicine and preventing deforestation. (04.12.2009)