Almost 30 miners rescued from a mine in central Bosnia

Five coal miners are feared dead after an earthquake sparked a gas explosion and a rock burst, causing two access tunnels to cave in at a mine in central Bosnia. Almost 30 others have been pulled out to safety. 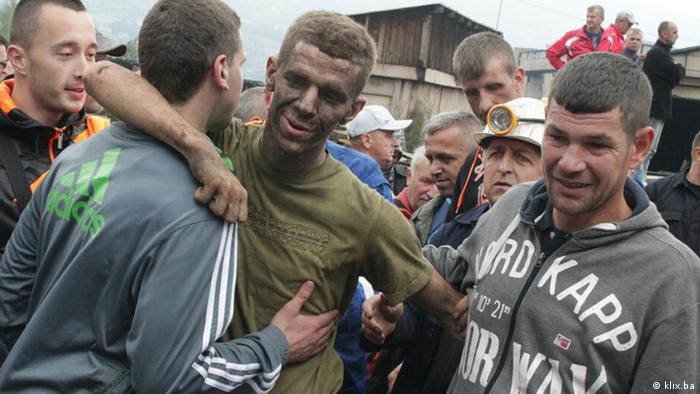 Esad Civic, the manager of the Raspotocje mine in the central Bosnian town of Zenica said on Friday that 29 of the34 miners who had been trapped have now been brought to the surface.

However, there were conflicting reports about the condition of the remaining five miners.

Civic said rescue efforts had since been halted after rescue workers said they had not been able to reach the remaining five miners. Miners and rescuers said they feared that three of them may have died, but a union leader said none of the remaining miners had survived.

The online edition of the Bosnian newspaper Dnevi Avaz cited a mining inspector, Nuraga Duranovic, who declined to confirm the deaths, saying only that the search for the five men was continuing.

This was not the first accident to his the mine, located 60 kilometers (40 miles) northwest of the capital, Sarajevo.

A total of 16 miners were injured in two previous gas explosions at Raspotocje earlier this year.

It was also the site of one of Bosnia's worst-ever mining tragedies, when 39 people were killed in a gas explosion in 1982.

More than 400 miners work a the Raspotocje mine, which produces coal for Bosnia's biggest power utility, EPBiH