Police arrested and then released two suspects after Passau's police chief was injured in an attack alleged to be a reprisal from the neo-Nazi scene. Some are now calling for a ban on Germany's far-right political party. 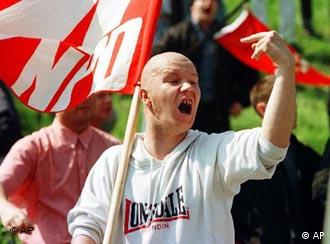 The 52-year-old official was stabbed after answering the door of his home in a suburb of the Bavarian city of Passau on Saturday, Dec. 13. Police on Sunday said chief Alois Mannichl's injuries were not life-threatening and that he was recovering.

Mannichl had taken a firm stand against far-right supporters in recent years and had become a target for hostility, Bavarian Interior Minister Joachim Herrmann said.

The two suspects taken into custody matched Mannichl's description, according to Passau's chief prosecutor, Helmut Walch, but were released after police found no proof of their involvement.

"We are continuing to investigate further individuals from the far-right spectrum," Walch said. 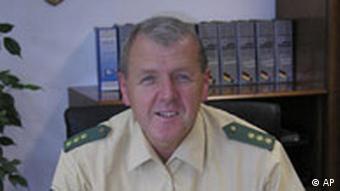 The head of the police officers' union, Konrad Freiberg, said the attack is part of a new strategy among neo-Nazis to target police officers directly.

"Police are now being targeted by the far-right extremists," he told the Neue Presse in Hannover. "In the past, there was still some regard for the police, but today, many are just focused on violence."

If suspicions of neo-Nazi responsibility for the attack prove true, it would represent an "escalation of violence" and "a completely new dimension of violence from the right," Bavarian Interior Minister Herrmann said.

While emphasizing that indications of a far-right attack needed to be confirmed, Herrmann told the Passauer Neue Presse that such violence should reignite discussions over banning the far-right National Democratic Party (NPD).

The head of a parliamentary home security committee, Sebastian Edathy, would support a ban, he told the Neue Osnabrücker Zeitung on Monday, as it would drastically restrict the sphere of activity within the far-right scene.

But an interior expert from the free-market liberal FDP, Max Stadler, said that a ban on the NPD would not prevent such attacks from occurring.

The NDP has legislative seats in two of the 16 German states, but no representation at federal level.

The Bavarian Interior Ministry has said the number of crimes related to right-wing extremism in and around Passau has more than doubled in the past year. Police has investigated 83 crimes so far in 2008, compared to 40 in 2007.

There are around 31,000 members of extreme right-wing groups in Germany, about 10,000 of whom are prepared to resort to violence, according to the Office for the Protection of the Constitution.

Some 377 people were injured in attacks by right-wing extremists last year, said national police. In all, there were 17,000 crimes with a right-wing extremist background. In the first nine months of this year, the figure was up nearly nine percent, police figures show.

A Jewish group in Germany is up in arms after a far-right politician characterized Barack Obama's triumph as a "US alliance of Jews and Negroes" and condemned the German public for supporting the US President-elect. (11.11.2008)

German Lawmakers Vow to Step up Fight Against Anti-Semitism

Raids Carried Out on Neo-Nazi Youth Group Across Germany

German authorities carried out nationwide raids Thursday as part of an investigation into a youth group accused of indoctrinating children and teenagers with neo-Nazi ideals. (09.10.2008)