All the world's books on one tiny chip

It is not very fast and only works in freezing temperatures - but a newly invented nuclear chip certainly has some potential. It can hold 500 times more than current data storage devices. 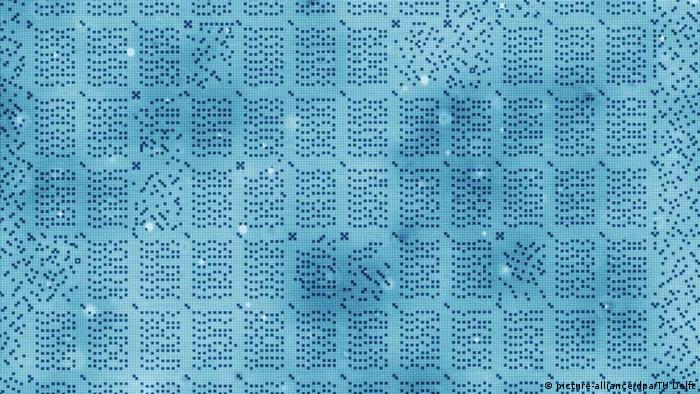 Whoever wishes to extract data from this chip needs a lot of patience. Whoever wants to write something onto it will need even more patience. But this tiny chip can do something no other digital data storage device ever could: it can theoretically hold incredibly large amounts of bits and bytes. Researchers from the Netherlands recently presented their findings in British science magazine "Nature Nanotechnology."

The fastest supercomputers in the world (quadrillion calculations per second)

75 years ago Konrad Zuse launched the computer age. He invented the first programmable electromechanical computer, the Z3. Over the decades computers have been getting smaller and smaller. They may soon turn invisible. (10.05.2016)

Researchers in the city say their latest piece of equipment can carry out 158 trillion calculations per second. With all that power, they are hoping for ever more detailed climate predictions. (10.12.2009)

"Theoretically, the storage density would allow us to store all books that humans ever wrote on the surface of just one postage stamp," Sander Otte, lead scientist and professor at the Technical University of Delft said.

More precisely, Otte added, data is stored in the form of gaps inside a grid of chlorine atoms on top of a copper surface. "It works like a sliding tile puzzle," Otte stated.

A chlorine mesh on top of copper

The inventors used special chlorine atoms. On a flat copper surface they naturally formed a two-dimensional grid. By applying less chlorine atoms than necessary, researchers triggered the emergence of gaps which they called "vacancies."

One gap and one chlorine atom form a bit, the smallest digital unit. Looking at it from above digital data storage looks like this: "Vacancy above and atom below" means zero; "Atom above and vacancy below" means one.

In order to store the data, scientists need to move the atoms accordingly. They do so by using a scanning electron tunneling microscope. Operated by computer, it moves the atoms around from gap to gap until the desired bit-definitions emerge. To read a 64-bit block takes about one minute. To write it takes at least twice as long. Also: the system only functions at minus 196 degrees Celsius (-320 degrees Fahrenheit).

Not for your smart phone

If someone tried to write all the books ever published onto such a chip, they would never finish. The low speeds at which the chip operates means humanity continuously publishes more text than the machine could write in the same amount of time.

In the beginning researchers wrote just one sentence which US physicist and nanotechnology visionary Richard Feyman formulated in 1959: "There's plenty of Room at the Bottom."

But, there will not be any chlorine-copper-chips in laptops or mobile phones anytime soon. Otte and his colleagues see their discovery merely as a part of basic research. What is special about it though - for the first time ever it was possible to store data on an atomic level.