All by myself? Piëch isolated at Volkswagen | Business | Economy and finance news from a German perspective | DW | 14.04.2015

All by myself? Piëch isolated at Volkswagen

Could a power struggle at Germany's leading automaker bring down one of the country's biggest dynasties? VW patriarch Piëch is up against his own family after his recent attack on CEO Martin Winterkorn. 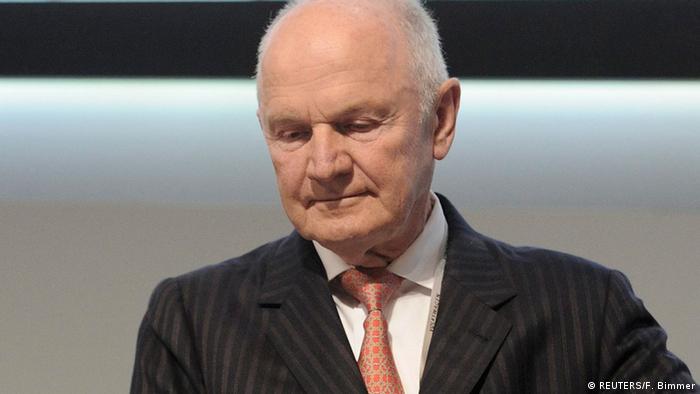 "I'm distancing myself from [Martin] Winterkorn." It's been four days since Volkswagen chairman Ferdinand Piëch dropped his verbal bomb on Germany's auto industry. Still, the impact of the six-word shell, aimed at his own protege, is reverberating far beyond the VW headquarters in Wolfsburg.

First, the verbal ambush threatened to bring down one of the most towering figures in the country's post-war automotive history, VW CEO Martin Winterkorn. Now, it's threatening to tear apart one of the country's most powerful dynasties, period.

Many analysts were quick to pounce on Friday's surprise statement to German news magazine Der Spiegel as proof of a fierce power struggle at the 12-brand group. Was Piëch trying to kill off his own heir-apparent?

If so, the controversial chairman could be facing an uphill battle. Less than 48 hours after launching his assault, some of his most trusted allies appeared to be defecting: From Lower Saxony state premier and fellow board member Stephan Weil to Piëch's own cousin Wolfgang Porsche, who along with the chairman is the most powerful member of the VW supervisory board.

"Dr. Piëch's statement reflects his private opinion, which is not aligned…with that of the family," said Porsche, who also chairs the Porsche SE holding company, which owns a 51-percent stake in the VW group.

As the dust begins to settle, Piëch is looking increasingly isolated. On Monday, VW Deputy Chairman Berthold Huber demonstratively joined the throng of supporters lining up behind Winterkorn.

"We have in Mr. Winterkorn an outstanding industry leader and CEO, who has our full trust," Huber, also a former chairman of the powerful IG Metall trade union, told Der Spiegel on Monday. 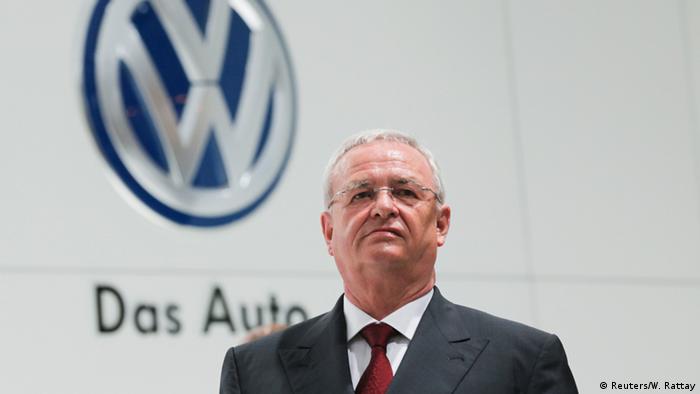 Martin Winterkorn took over the reins at VW in 2007

Even though Piëch does not wield enough power to unilaterally oust Winterkorn, some shareholders have expressed fears that his recklessness could leave a lasting dent in the image of Europe's biggest carmaker. Weil, state premier of Lower Saxony, which holds a 20-percent stake in the company, warned that "a public discussion about the leadership of VW (is) damaging."

The markets spoke their own clear language, as shares dropped 1.5 percent in Monday trading.

One insider even told German news agency dpa that it was "unthinkable" that the group would hold its annual shareholders' meeting, scheduled for May 5, considering the current situation.

VW workers have now also entered the fray, calling on management to bury the hatchet.

"We ask the focus should return to the successful day-to-day running of the company and its 600,000 employees, rather than on debates that fill newspapers," the head of the car giant's general works committee Bernd Osterloh told business daily Handelsblatt on Monday.

According to the newspaper, board members are scrambling behind the scenes to set up an emergency meeting, with Weil offering to help broker a rapprochement.

"In the best case, it will happen this week," Handelsblatt quoted a source familiar with the matter as saying.

But far from everyone's convinced that crisis talks will do much to change the VW chairman's mind. According to Wolfgang Fürweger, author of the 2011 biography "Ferdinand Piëch: Auto manager of the century," this is business, not personal.

"Piëch acts very rational and less emotional than many would like to think," the Austrian journalist told business news agency dpa-AFX on Tuesday.

Fürweger speculated that Piëch was going after Winterkorn for his failure to turn around disappointing sales in North America. While many of the group's brands have clocked record sales in recent years, demand for VW vehicles such as Golf and Passat has steadily declined in the world's second-largest market. The company now looks unlikely to meet its goals for 2018.

If Fürweger is right, Piëch received plenty of ammunition to sustain his attack on Winterkorn on Tuesday: VW's first-quarter sales tanked in several key markets. Demand for the group's core brand dropped 1.3 percent, with deliveries down 9.3 percent in the US and 0.6 percent in China. The Russian market bled the most as Volkswagen suffered a 47.2-percent sales cut, amid continuing Western sanctions over Moscow's involvement in the Ukraine crisis.

Personal vendetta or not, Fürweger was convinced Piëch would come out on top and that the Porsche-Piëch clan would remain intact.

"What could the Porsche family possibly gain from an internal division - only to protect a high-paid manager?," he asked rhetorically. "At the end of the day, the Porsche-Piëch clan has always prevailed. It's about business, about money."

Opinion: 'Let the young take over!'

There appears to be no quick fix to the current power struggle at German carmaker VW. DW's Manuela Kasper-Claridge argues that now is the time to let the younger generation take over the reins at the company. (13.04.2015)