The remains of 150 people who were killed in a March plane crash can be sent home to their families, French authorities have said. The victims aboard the Germanwings flight were identified using DNA analysis. 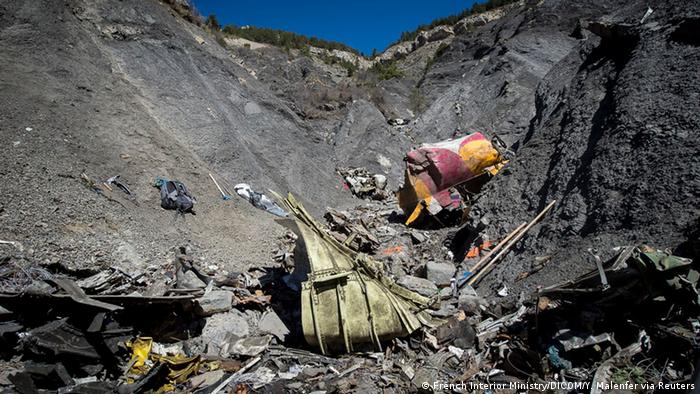 Information on the victims has been forwarded to Germanwings parent company Lufthansa, Marseille prosecutor Brice Robin said in a statement on Tuesday, allowing the bodies to be repatriated and laid to rest.

"The 150 death certificates have been signed, as well as the permits for burial," Robin said.

French crime experts had previously identified all of the people killed in the crash, by matching the DNA samples found at the crash site to those provided by passengers' relatives.

The identification process, which had lasted six weeks, was cojmpleted on Friday, the prosecutors said.

The experts had previously predicted it could last between two and three months.

The Airbus 320, belonging to German low-cost carrier Germanwings, flew into a mountainside in French Alps on March 24, while on route to Düsseldorf from Barcelona.

Investigators believe that the plane's co-pilot, 27-year old Andreas Lubitz, intentionally crashed Flight 4U 9525, killing himself and 149 other people aboard. Almost half of the victims were German, another 51 were Spanish nationals.

Lubitz had struggled with severe depression and suicidal tendencies in the past, and was written off sick from work a number of times, including on the day of the crash.

In its interim report, French aviation safety authority BEA said that Lubitz "rehearsed" putting the plane to a descent several times on the outbound flight to Barcelona, prior to the crash.

On the way back to Germany, the young co-pilot allegedly locked the captain out of the cockpit and put the aircraft into a nosedive. The flight recorder, retreived several days after the crash, showed the pilot's frantic efforts to open the door, which is heavily re-enforced to prevent hijackings.

After the crash, several countries announced they would require that two people inside the cockpit at all times, which is already a rule in the United States.

A full report on the crash is expected to be published within a year of the incident, as is typical within the industry.

Relatives to fill out a form

Robert Tansill Oliver, father of one of the victims, said he and his wife received notification that DNA was matched with remains of their son. They also received a form they needed to fill out so they can have their son's remains sent to Spain in June.

They were also invited to Paris to identify items possibly belonging to him.

Oliver, a retired American teacher who has lived in Barcelona for decades, said he had no complaints about how long it took to identify his son's body.

"I hope they have done the job correctly," Oliver said. "Better to get it done right than quickly."