Ecuador President Guillermo Lasso has vowed that the death of the national sporting hero "will not go unpunished." The country is under a state of emergency over rising violent crime. 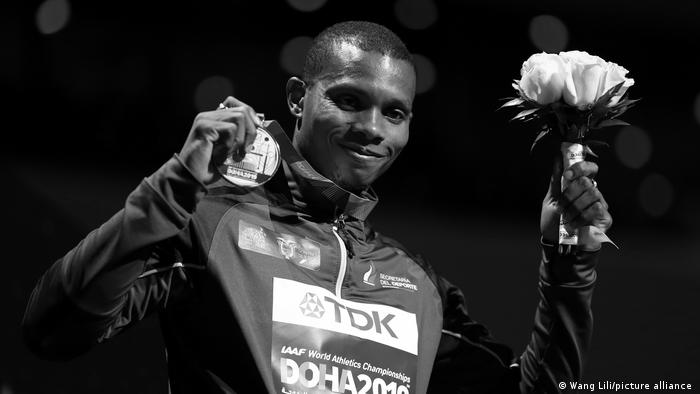 The 32-year-old 200 metres world bronze medallist, as well as one other person, were found dead close to midnight local time on Friday, according to local police.

"With great sadness, we confirm the murder of our sportsman Alex Quinonez," the country's Sports Ministry announced on Twitter.

"We have lost a great sportsman, someone who allowed us to dream, who moved us...he was the greatest sprinter this country produced."

"We offer our sincerest condolences to his family," he tweeted. "Those who take the lives of Ecuadoreans will not remain unpunished. We will act with force," he added.

Ecuador's Olympic Committee said the death of Quinonez "leaves us with profound pain" and that his "legacy will forever stay in our hearts."

The fatal shooting comes after a 60-day nationwide state emergency came into force in Ecuador on Monday in response to a surge in violent crime.

The South American country is also dealing with a wave of prison riots, usually tied to conflicts between rival drug gangs, that have left almost 240 people dead this year.

Members of the military have also been deployed to control prisons across the country.