Albania earthquake: Tears, prayers in village near epicenter | Europe | News and current affairs from around the continent | DW | 27.11.2019

The Albanian village of Thumane experienced the worst destruction in this week's earthquake. Residents there have celebrated rescues and mourned deaths as emergency crews search the rubble for survivors. 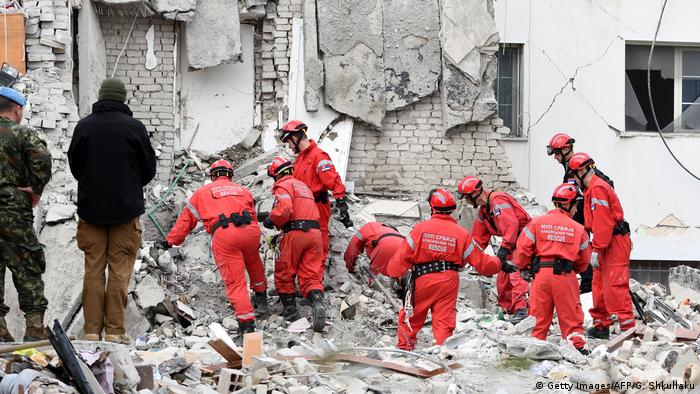 The Albanian village of Thumane was hit hard by Tuesday's 6.4 magnitude earthquake. Emergency services are now working around the clock to find and rescue locals. When someone is pulled from the rubble alive, villagers applaud and breathe a sigh of relief. When all rescuers can do is retrieve a dead body from the wreckage, villagers weep in sorrow. At least 40 people were killed by the quake and some 650 more injured.

Albanian and international emergency teams use the heavy equipment that has arrived on the scene in their search. Police cordoned off buildings that were destroyed or are at risk of collapsing.

Nearby, one man stands close to tears. In the night of the earthquake, he and his family had tried to flee from their multistory home. But as they made their way out, the ceiling gave away and his wife and son fell three stories. They have been missing ever since. Emergency services were quick to help

Artur Bushi, the mayor of Kruja district, which was worst affected by the earthquake, coordinates the rescue operations, organizing aid, providing basic necessities and accommodation for those in need.

Once the first tremor hit, local authorities instantly came together to provide help, he said, adding, "We immediately received help from the capital, Tirana, and a lot of assistance from neighboring countries. There is great solidarity."

Ditjon Kurti, a Red Cross staff member, said that after the earthquake struck, rescue workers from across the region streamed into Albania.

"We will do everything to save these people and will stay here until all the rubble is cleared away," Kurti said.

'We are in shock, and our children keep shivering'

The first emergency shelters have been set up on Thumane's football pitch. The Torocino family has moved into one of the tents. The family of four used to live on the top floor of a high-rise. But the building collapsed, reduced to a pile of rubble. Emergency services are still sifting through the wreckage trying to find survivors.

"We are in shock, and our children keep shivering," Ibije Torocini said, adding that the quake and building's swaying woke the family. "Me and my husband grabbed the children and bolted for the door — but it was blocked by the wardrobe that had moved because of the tremors. We heard a loud noise and saw the water tank crashing through the concrete ceiling and smash into our living room."

They managed to open the door and flee the building, running for their lives. "Minutes after reaching safety, the building collapsed," she said. 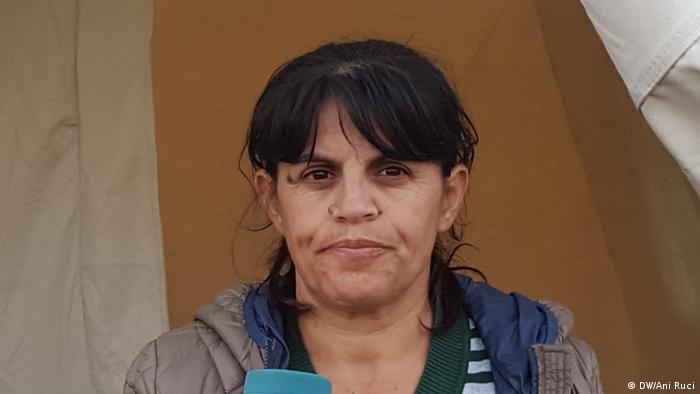 The Toci family were lucky to survive, too.

"Feeling everything sway was horrible," Klevis Toci said. "My family managed to get out of the building when the earth was still trembling."

He said many of their neighbors did not get out in time and he prays they are still alive.

There have been about 300 aftershocks. Mayor Bushi said the government wants to strike agreements with hotels in the nearby towns of Lezha and Durres to put up people who've lost their homes.

Albanians and people around the world have donated money, clothes and food. Albania's neighbors have expressed solidarity, and many states have sent help. On Wednesday, Albania and Kosovo observed a day of national mourning. Survivors found shelter at a makeshift camp in Durres