Al-Qaida's No.2 secretly killed in Iran: US report

The man the US believes was behind the 1998 attacks on its embassies in Tanzania and Kenya was shot and killed in Tehran earlier this year, according to the New York Times. Iran has rejected the report. 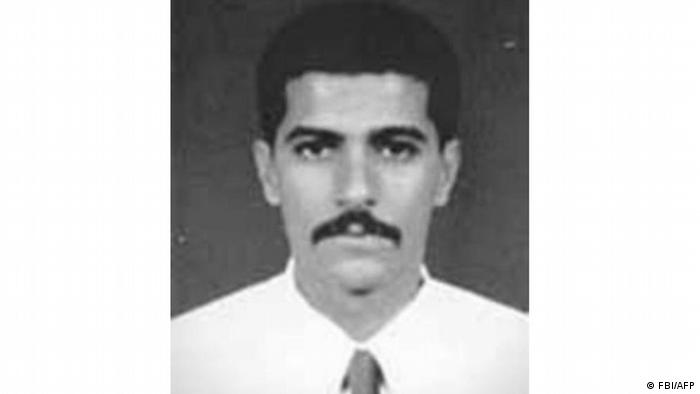 Al-Qaida's second-in-command, accused by the United States of masterminding the 1998 bombings of its embassies in Tanzania and Kenya, was secretly killed in Iran in August, the New York Times reported Friday, citing intelligence officials.

Abdullah Ahmed Abdullah, who was one of the FBI's ten most wanted fugitives, was gunned down in Tehran by two Israeli operatives on a motorcycle at the behest of the US, according to the newspaper.

The al-Qaida number two, who was also known as Abu Muhammad al-Masri, was killed along with his daughter, the widow of Osama bin Laden's son Hamza bin Laden.

Abdullah had been in Iran’s “custody” since 2003 but had been living freely in an upscale suburb of Tehran since 2015, the
paper reported.

It added that despite Iran and al-Qaida being longtime foes, US counterterrorism officials believe Tehran may have let him live there to conduct operations against US targets.

On Saturday, however, Iran responded to the report by saying it was based on "made-up information" and denied the presence of any al-Qaida members in the country.

Iran's foreign ministry said the US and Israel "try to shift the responsibility for the criminal acts of (al-Qaida) and other terrorist groups in the region and link Iran to such groups with lies and by leaking made-up information to the media," spokesman Saeed Khatibzadeh said in a statement.

The US embassy bombings of August 7, 1998 occurred almost simultaneously in the Kenyan capital of Nairobi and in Dar es Salaam, Tanzania.

More than 200 people were killed in the two truck bomb attacks.

The bombings led the FBI to place al-Qaida founder Osama bin Laden on their Ten Most Wanted Fugitives list.

Bin Laden would go on to orchestrate the September 11, 2001, attacks on the US and was killed in a US raid in Pakistan in 2011. 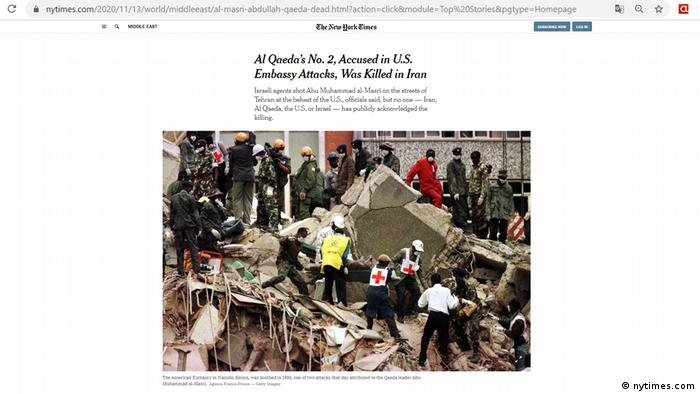 The NYT broke the story that the man allegedly behind the US embassy attacks of 1998, and al-Qaida's number two, was secretly killed in August

Europol has launched a new campaign to show that women are just as capable of committing serious crimes as men. Several of the females on the list are wanted for murder, child abuse, or trafficking drugs and people.

Mohamed Ahmed Abdi has been given a 33-year jail term while Hassan Hussein Mustafa was handed an 18-year sentence. The pair were found guilty earlier this month of carrying out Kenya's worst terrorist attack in 15 years.

The notorious self-styled and style-obsessed revolutionary has been convicted forty-three years after the attack that killed two people. The pro-Palestine militant was once one of the world's most-wanted fugitives.