Aircraft fumes are a potential travel hazard | Germany| News and in-depth reporting from Berlin and beyond | DW | 26.02.2013

How dangerous is the air pilots and passengers breathe on commercial flights? Two British Airways pilots are believed to have died as a result of contaminated air. The airline industry is under pressure to make changes. 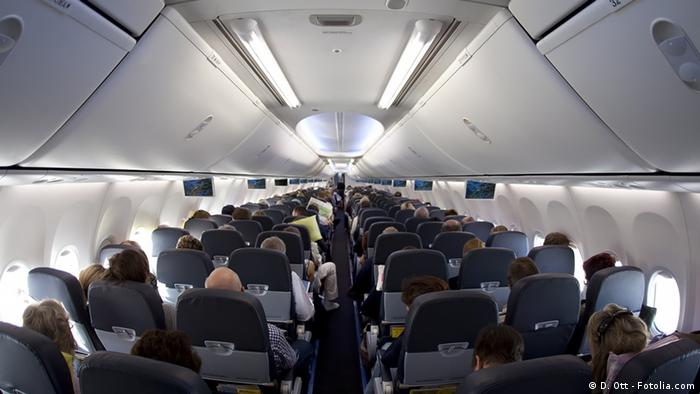 In the summer of 2012, fumes in the cockpit of a German Wings flight made the pilots so nauseous that they just barely managed to land their plane at Cologne airport. Since then, in December and January, two British Airways pilots are believed to have died as a result of contaminated air.

The phenomenon of aircraft fumes has been known for years, but it is only ever discussed on the quiet because it is detrimental to the reputation of aviation.

For more than 50 years, cockpits and cabins in commercial jet planes have been ventilated with fresh air via so-called bleed air systems. Compressed air is drawn into the ventilation system through the engines - a time-tested, low-cost method, which the industry says works reliably if everything is set up, maintained and monitored properly. In the case of defective gasket seals and malfunctioning power units, however, tiny droplets of vaporized engine oil might seep into the air, releasing a distinct smell in both the cockpit and cabin.

Lufthansa chief pilot Werner Knorr conceded that much in a letter to his colleagues that was made available to DW. Knorr stressed, however, that the European Aviation Safety Agency (EASA), Europe's top regulator of civilian aviation safety, "sees no reason for immediate and fundamental legal regulations in view of current reports and findings." 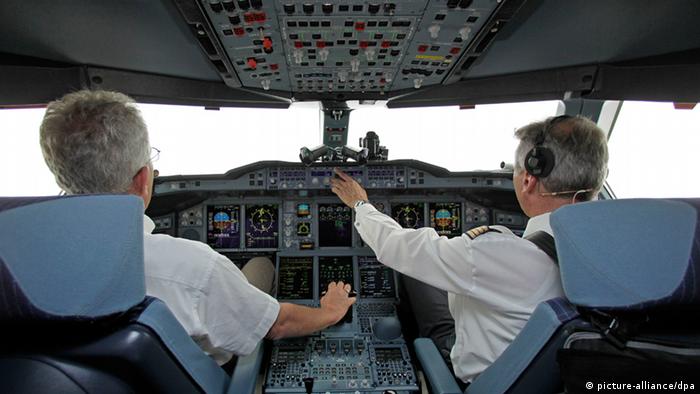 How exposed are they to harmful chemicals in the air?

In total, there are believed to be some 30 cases of long-term health problems due to contaminated air on planes belonging to German airlines.

According to UFO, there is a list that names more than 300 substances that can evaporate when fuel oil leaks. Several have been proven to be health hazards, UFO said, adding that a greater database is necessary for a more comprehensive analysis. Personal consternation and subjective impressions alone are not enough, Sitek said. "We demand independent cabin air tests in order to quantify the problem, as well as sensors on board to ensure continuous monitoring of the air quality in the cabin."

Fumes cause near-disaster on German plane

An interim investigation report reveals that a Germanwings Airbus narrowly escaped disaster in 2010. The pilots nearly lost consciousness when poisonous vapor is thought to have seeped into the cockpit. (30.09.2012)

Lufthansa cabin crew have begun a 24-hour nationwide strike in a dispute over pay. The walkout began at midnight on Friday and has prompted the cancellation of some 1,200 scheduled flights. (07.09.2012)

With regard to future generations of airliners, the cabin crews' main demand is a ventilation system that functions without bleed air. At present, Boeing's Dreamliner is the only passenger plane equipped with cabin air technology that takes in, compresses and heats air through a special power unit. It will take years for this new, more expensive technology to be installed in new airplanes, even if it can compete with the time-tested bleed method. 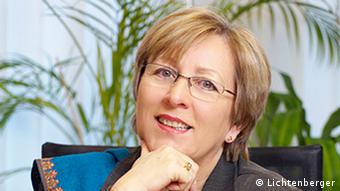 The public debate has put the issue of toxic air in passenger planes on the European agenda. Eva Lichtenberger, an Austrian Greens politician and member of the EU parliament, proposed that EASA collect more comprehensive data on incidents involving contaminated cabin air. Such data might possibly lead to recommendations or legal regulations for improved safety features for passengers and flight crews. Admittedly, the EU does not have much leverage, Lichtenberger said. "In general, the agenda for the protection of employees rights and health at the workplace is not directly an EU expertise; it is up to the individual member states."

The aviation expert mentioned a report currently under consideration in the EU transportation committee that suggests notification not only of flight accidents but also incidents involving contaminated air. A step in the right direction, the UFO union said, adding that its members are much more aware of the issue, and accordingly, report such incidents more often than in the past. That has prompted airlines and airplane manufacturers to act, keeping the airliners in question on the ground until they have found the problem, Andreas Sitek said. He added that things are beginning to move forward thanks to media reports and the increasing number of cabin crew reports on fume events and poor air quality. We must realize, he added, that only then can the technology move forward.