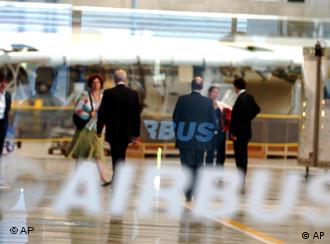 Bischoff, told the International Herald Tribune newspaper that EADS would be open to selling factories but only if the buyers could operate them, as sub contractors, more cheaply than Airbus.

Commenting on the crisis and uncertainty wracking Airbus and its parent company the European Aeronautics Defense and Space Company, he said in an interview: "If it's only changing hands for the sake of ownership, it's not worthwhile."

Commenting on criticism, notably from financial analysts, that the problems at Airbus arise largely from political interference to defend the national interests of partners and industrial jobs, Bischoff commented that two big private shareholders, the German auto group DaimlerChrysler and Lagardere Group of France, did not necessarily accept such pressures.

He said: "There is no reason to assume that DaimlerChrysler or Lagardere Group want to make sacrifices on the altar of national feelings."

Factories in Germany lined up for sale 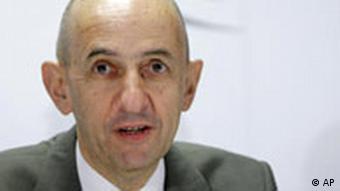 The report said that Airbus wanted to sell the factories as quickly as it could to investors who would continue to operate them as suppliers to Airbus but at reduced operating costs. Employees would keep their jobs but their pay would fall.

However, French President Jacques Chirac and German Chancellor Angela Merkel said after a meeting on Thursday that the effort of restructuring in the group should be spread evenly between France and Germany.

EADS has announced severe cost-saving targets to pull Airbus out of a crisis arising from delays of about two years in deliveries of its star product, the A380 superjumbo airliner. However, the company has acknowledged that it faces several other problems, notably in the way it is organized. 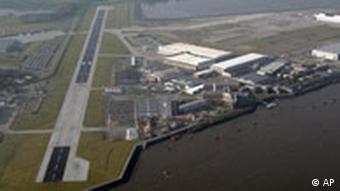 The Airbus plant in Hamburg could be in danger

In the space of two weeks, the man brought in to sort the company out, Christian Streiff, presented the results of an internal audit, laid down objectives and outlined a plan to achieve them; but he then resigned after only 100 days in the job to be replaced by Louis Gallois, co-chief executive at EADS.

Gallois has said that he intends to pursue the objectives, but that he will need up to three months to work out the details, commenting in Germany on Thursday that much press comment about the extent and location of cuts was misplaced since proposals and decisions had yet to be made.

Meanwhile German government officials and the state-owned redevelopment bank KfW are preparing a contract for the bank to buy a stake in European aerospace giant EADS early next year, according to the Financial Times. 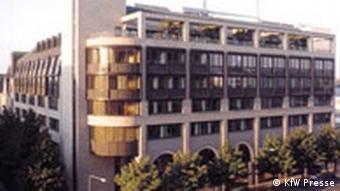 The contract would be ready for signature by the end of the year, the report said, quoting one official as commenting that Germany did not want a block of shares to fall into French or Russian hands.

German politicians are currently sending conflicting signals over the prospect of an entry by the German state into the share capital of EADS.

On Thursday, Hamburg's mayor, Ole von Beust, had announced that a definite agreement had been reached, with only the concrete details yet to be worked out. But his comments were swiftly qualified by Chancellor Angela Merkel, who insisted that no decision had been reached, even if no single option was explicitly being ruled out.

In its Friday edition, FT quoted unnamed government officials as saying that the chancellery, finance and industry ministries had agreed on an option to buy a 7.5-percent stake in EADS expected to be put up for sale by DaimlerChrysler, which currently holds 22.5 percent of the aerospace firm. The stake was valued at 1.3 billion euros ($1.6 billion), the newspaper said.

"We don't want that stake to end up in the hands of (French President Jacques) Chirac or (Russian President Vladimir) Putin," FT quoted one official as saying.

Moscow owns a stake of just over five percent via Russian state-owned bank Vneshtorgbank and has expressed an interest in gaining a greater say in the running of EADS.

A government spokesman again refused to comment on the report, pointing to Merkel's comments on Thursday.

While the option of KfW taking over part of the DaimlerChrysler stake is not seen as ideal in Germany, the prospects of finding a private investor seem slim, FT said.

Berlin would not demand another seat on the EADS supervisory board if it were indeed to acquire the stake, the newspaper continued.

Chancellor Angela Merkel indicated on Thursday the government was looking for private German investors to buy a stake in European aerospace company EADS and help secure its future. (12.10.2006)

The crisis at Airbus is at the top of the agenda in talks between French and German ministers in Paris. German Chancellor Angela Merkel will also bring up the issue when she meets with French President Jacques Chirac. (12.10.2006)

Steering the troubled aircraft manufacturer Airbus back on course will likely require restructuring and job cuts, its new CEO warned. Germany could bear the brunt of any factory organization. (10.10.2006)