Indonesia's National Transport Safety committee has released the details of its investigation into the downing of AirAsia Flight QZ8501. The tragedy was the result of computer and human error, it said. 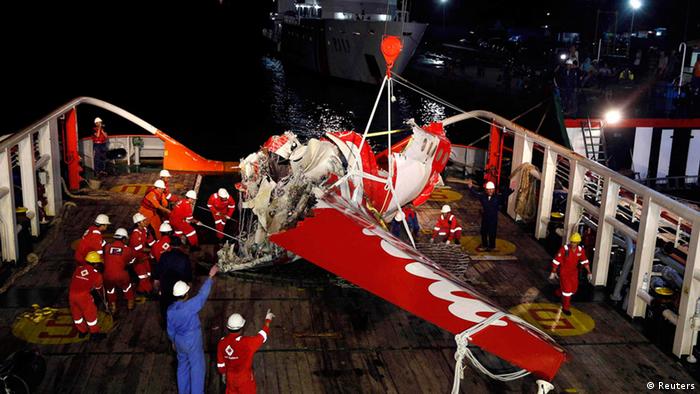 The final report on the crash of an AirAsia flight that killed 162 people last year blamed the disaster on a combination of a technical fault and subsequent crew action. The findings were released on Tuesday after a nearly 12-month investigation into the tragedy.

The initial problem was a cracked soldering joint on part of the aircraft's computer system - specifically the Rudder Travel Limited system - which controls the rudder's movement. According to the report, this had caused a series of malfunctions - 23 times in the year leading up to the December 28, 2014, crash and four times during the last flight of the Airbus A320 airplane.

"Subsequent flight crew action resulted in inability to control the aircraft ... causing the aircraft to depart from the normal flight envelope and enter a prolonged stall condition that was beyond the capability of the flight crew to recover," said a statement from Indonesia's National Transport Safety committee.

After the fourth warning signal about the malfunction, the pilots of Flight QZ8501 flipped the circuit breakers on part of the plane's control panel in an attempt to reset the system. Instead, this caused the autopilot to switch off and the aircraft started to roll.

The report also stated that information from the flight data recorders did not enable investigators to determine what role the stormy weather that day played in the downing of the flight.

Flight QZ8501 had taken off from Surabaya, Indonesia, and was bound for Singapore. It crashed less than halfway into the two-hour flight. The disaster helped highlight the problematic traffic volume of flights in Southeast Asia, as air travel in the region increases in affordability and popularity.

The bodies of all 54 people on board a Trigana Air aircraft have been found following the crash in Indonesia. The black box has also been recovered, which could provide clues as to what caused the disaster. (18.08.2015)

Even though 2014 was the safest year ever in civil aviation, two major crashes have worried passengers. The Germanwings crash is a rare occurrence - Europe's skies are among the safest in the world. (24.03.2015)

The Malaysian government has declared the disappearance of missing flight MH370 an accident, so it can proceed with compensating victims' families. (29.01.2015)