Talks on the sale of Air Berlin are being held 'day and night,' the CEO of the insolvent German airline has said, as the number of 'serious' bidders was down to three, not counting the offer of a 'free-rider.' 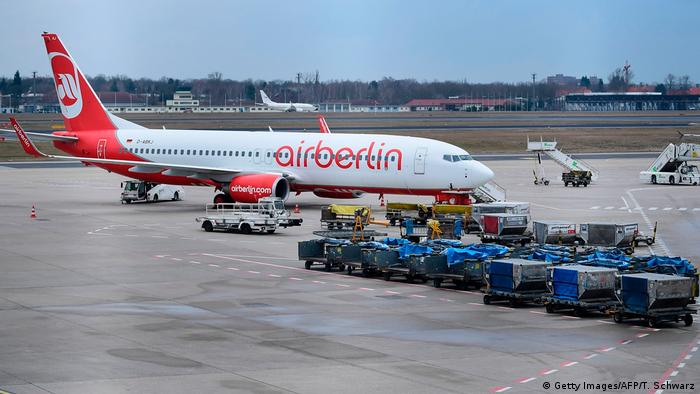 In a newspaper interview, Air Berlin's chief executive (CEO) Thomas Winkelmann said he was confident that first results on the sale of the insolvent airline could be "released soon."

Winkelmann told the German business daily Handelsblatt on Tuesday that German flagship carrier Lufthansa, was the main bidder, but added that the airline would be parceled off to "two or three bidders" rather than sold solely to Lufthansa.

The Air Berlin CEO didn't name those in the race for parts of the second largest German airline, which filed for bankruptcy last week after its main shareholder, Etihad Airways, had withdrawn vital financial support. The filing prompted the German government to throw the carrier a temporary lifeline in the form of a 150 million euros ($170 million) bridging loan. The cash is aimed at keeping the carrier aloft until November.

Budget carrier EasyJet and Thomas Cook's German airline, Condor, are reportedly also involved in the carve-up talks, while on Friday it emerged that aviation entrepreneur Hans Rudolf Wöhrl has also entered the fray.

Wöhrl made a name for himself in Germany's aviation world when he bought German airline Deutsche BA from British Airways for 1 euro in 2003.

On Tuesday, Wöhrl confirmed he was planning a bid, saying he and "several partners" were interested in taking over Air Berlin as a whole because this was "the only way to prevent a monopoly at the expense of passengers in Germany." According to German media reports, Lufthansa intends to buy up to 70 of Air Berlin's planes and take on 2,000-3,000 of its 8,600 employees.

Wöhrl also said that a detailed offer hadn't been submitted so far because of concerns that the government's bridging loan to Air Berlin was meant "to deliberately promote a monopoly structure" that sought to block offers from investors other than Lufthansa. After all, he hadn't been granted access to Air Berlin's books yet, he added.

However, Air Berlin CEO Winkelmann described Wöhrl's announcement as a "public relations gimmick" by a "free-rider" who was putting the airline's employees in a difficult situation. He also said that he was only considering offers that were "on the table and serious."

In response, Wöhrl dismissed such accusations as "outrageous." In an interview with the German business magazine Börse Online, he noted that he'd won respect in the German aviation world by turning his former airlines - Deutsche BA, LTU and gexx - into strong companies.

Meanwhile, Lufthansa has received more German government support in its bid to take over substantial assets of its insolvent domestic rival, with German Economy Minister Brigitte Zypries saying she would welcome such a move.

"Lufthansa is already an aviation champion - its position can be strengthened further though," she was quoted saying by Handelsblatt on Monday.

However, a spokesman for the ministry later attempted to play down the remarks, saying it had no preferred bidder. "Air Berlin is leading the negotiations," the spokesman said. "The government is not at the table. And the government is neither for nor against any of the interested parties."

Lufthansa cannot buy all of Air Berlin because it would give it a dominant position in Germany. Buying parts of the airline and taking on its staff would give it access to Air Berlin's takeoff and landing slots at busy airports such as Düsseldorf and Berlin.

A creditors' committee, which will have to agree to any sale, is due to meet for the first time on Wednesday, although no major decisions are expected. The committee includes representatives from the federal labor office, which is currently paying Air Berlin staff wages, Commerzbank and Lufthansa, which is leasing 38 crewed planes from Air Berlin.

Lufthansa to win big in divvying up Air Berlin