Shortly after a German Enlightenment art exhibition opened in Beijing, the famous Chinese artist Ai Weiwei was arrested. His disappearance triggered a fierce debate in Germany. 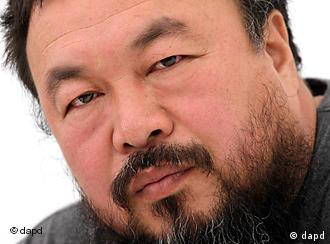 His disappearance has unleashed a debate

It may be because he refuses to be silenced, or because he dares to ask questions as to why so many schools collapsed in the Sichuan earthquake three years ago. Perhaps it is because he exercises his right to refer to Chinese laws, and to conduct open discussions. Whatever the reason, the Chinese artist Ai Weiwei has become a polarizing figure in his homeland.

His sudden arrest on April 3 caused quite a stir in Germany. Three major German museums had just inaugurated an exhibition, years in the making, on the Age of Enlightenment. It opened in the newly-built National Museum of China in Beijing - a building that was designed by German architects. 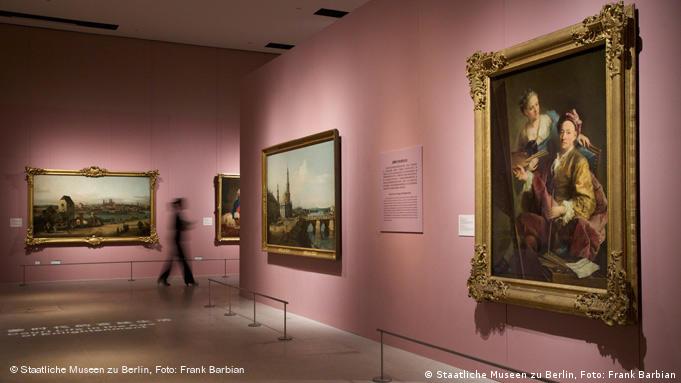 Art from an age of "criticism" is on display, along with Kant's shoes

The philosopher Immanuel Kant's shoes are also on display. He described the Enlightenment as an age of "criticism to which everything must be subjected." Only that "which has stood the test of a free and public examination" can lay claim to sincere respect, he wrote.

German's Foreign Minister Guido Westerwelle had traveled to China for the inauguration of the exhibition. The fact that Ai Weiwei was arrested directly after he left has been received as a snub in Germany. However, before protesting against Ai's arrest to the Chinese ambassador in Berlin, Westerwelle defended the exhibition and cultural dialogue with China.

"The way the artist Ai Weiwei was arrested also shows how pertinent this exhibition is in China right now and how important its political message is, as well as the accompanying program." 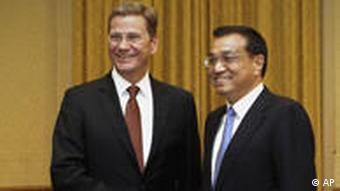 Friendship can be an expensive commodity, German politicians are finding

"Enlightenment in Dialogue" is the title of a series of events accompanying the exhibition. The Erlangen-based Sinologist Michael Lackner helped organize the series but was not able to travel to Beijing for the opening because of illness. He has called for a clear signal from Germany with regard to Ai Weiwei's arrest. This could mean cancelling the exhibition. But even if organizers don't go that far, he says that above all, he wants those responsible to have the courage to at least put such ideas on the table.

Germany's cultural establishment is currently involved in a bitter debate about what cultural policy related to authoritarian countries such as China can and should do. The German Nobel Prize laureate Herta Müller was very critical of the Beijing show. She told the news magazine Focus that Germany's cultural establishment had resorted to "downright grovelling for China's acknowledgement."

In contrast, the directors of the three museums involved in the exhibition - the Staatliche Museen zu Berlin, the Staatliche Kunstsammlungen Dresden and the Bayerische Staatsgemäldesammlungen Munich - have been promoting the exhibition in the German media and aggressively calling for it to go on. Rather than cancel the show, they want dialogue with China.

The German Minister of Culture Bernd Neumann has also indicated that he would like the exhibition to continue but at the same time has called for public and international pressure for Ai Weiwei's release.

Hans-Olaf Henkel, the former president of the Federation of German Industries, has also taken this stance, calling on politicians and the business sector to demand that Ai Weiwei be released. 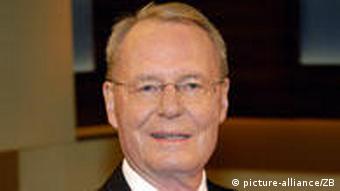 Henkel says he is disappointed by Germany's business sector

However, so far he has received no positive response from the business sector. This is disappointing, and also indicative of short-term thinking, says Henkel, who is a longtime supporter of Amnesty International.

"German business will not be harmed if human rights are advocated for in a clear, correct tone, even on the ground," he told Deutsche Welle.

The German China expert Tilman Spengler, who is also a consultant for the government, points out that human rights in China are not the highest priority for German companies.

"Cultural history written not with blood but with the mind"

Despite the fact that he was on Westerwelle's guest list, Spengler was refused entry by the Chinese just nine hours before his flight. "Last November at the PEN Congress, I made a speech in praise of the civil rights activist Liu Xiaobo who later won the Nobel Prize. That probably rankled with some people in Beijing."

He says that the Enlightenment exhibition is crucial precisely now, precisely where it is in Beijing - on Tiananmen Square, where the Chinese pro-democracy movement was brutally crushed in 1989. He is pleased that the exhibition offers "evidence of cultural world history that was not written with blood but with the mind."

Tiananmen Square seems an unlikely place to start a dialogue on the human freedoms championed during the Enlightenment. But the German museums hosting an exhibition there insist the show is not political. (09.04.2011)

Chinese artist Ai Weiwei has special connection to the West

A suppressed dissident in China, an admired artist in Europe: Ai Weiwei is celebrated in Europe for the same works that create problems for him at home. The artist's recent arrest has provoked outrage abroad. (07.04.2011)