A new Amnesty International report criticizes some European countries for their treatment of Muslims. It singles out bans on headscarves and minarets as particularly damaging. 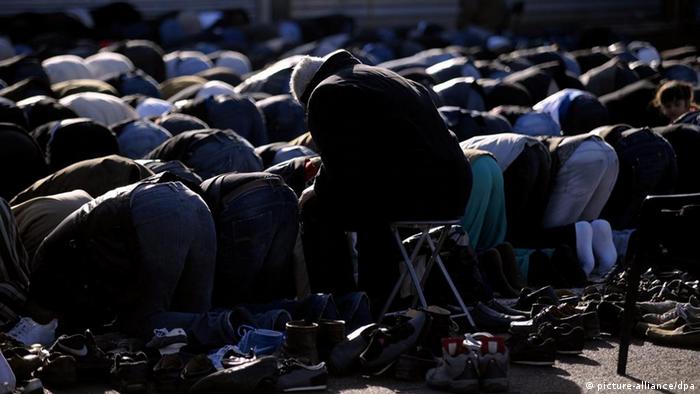 Several European countries have made policy decisions in recent years discriminating against their Muslim citizens, according to a report from the human rights organization Amnesty International released Tuesday.

The report, titled "Choice and Prejudice: Discrimination Against Muslims in Europe," singles out Belgium, France, the Netherlands, Spain and Switzerland for particular criticism.

It cites bans on face-covering veils or other religious symbols in schools as being among the most damaging measures.

"Rather than countering these prejudices, political parties and public officials are all too often pandering to them in their quest for votes," Marco Perolini, Amnesty's expert on discrimination said.

The Mediterranean port of Marseille has sun, sea and a soccer club that binds fans of all colors and creeds. Even the notorious drug trade shields the city from the ethnic attacks that have swept other French cities. (19.04.2012)

"Muslim women are being denied jobs and girls prevented from attending regular classes just because they wear traditional forms of dress, such as the headscarf,” he added. "Men can be dismissed for wearing beards associated with Islam."

The report also criticizes the fact that employers in some countries have been successful in introducing in-house rules or informal policies banning the wearing of religious symbols in the workplace.

"EU legislation prohibiting discrimination on the ground of religion or belief in the area of employment seems to be toothless across Europe, as we observe a higher rate of unemployment among Muslims," Perolini said.

The report criticizes all five countries named in the report for passing legislation banning women from wearing headscarves or other religious dress. It also specifically criticizes Switzerland for a 2009 ban on the construction of new minarets and the Spanish region of Catalonia, where it says Muslims have been forced to pray outdoors because the authorities there refused to grant them planning approval to build mosques.