Against the current: Femicide in Mexico on the rise and growing more brutal | Americas| North and South American news impacting on Europe | DW | 21.08.2019

Fifty-six percent of Mexican territory is seen as dangerous for women. Finding a solution to the increasing violence is not easy, because there isn't a clear pattern to it, writes journalist Anabel Hernandez. 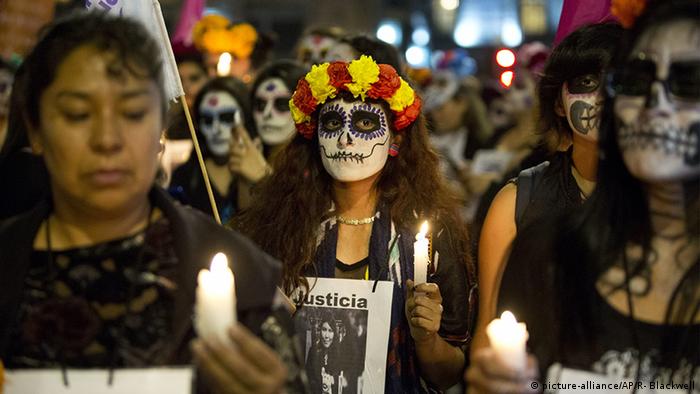 On the night of August 3, 17-year-old Yolanda returned from a party to her home in Azcapotzalco, a district of Mexico City. Near her apartment she separated from her friends and continued on her way home. Suddenly a police car stopped next to her and the officers asked what she doing alone on the street. They put her in the vehicle and there, according to her testimony, she was sexually abused by four police officers. Afterwards they left the young girl on the street, still in shock. On the same night, accompanied by her parents, she went to the city attorney and filed a complaint.

The next day the police confiscated all the video recordings from the private security cameras outside the shops on the street, although legally this could only be arranged by the city attorney. In the street where the attack took place there are also state security cameras run by government authorities for public safety in Mexico City.

A few days later the child's parents reported that the complaint was no longer being investigated because they had been threatened. The suspected police declared themselves innocent and are no longer under indictment. Oddly enough the sexual crimes experts for the city attorney failed to quickly get DNA samples from the victim, which the city attorney later admitted. Three days after the incident the young woman was summoned to provide this biological evidence, by which time it was long gone.

Two murders among many

On August 6, in Atitalaquia, in the state of Hidalgo, the naked corpse of 29-year-old Angelica was found under a bridge wrapped in a blanket. A day earlier, relatives had reported her missing in a neighborhood nearby — only a few kilometers away from the place where her body was found with signs of torture and sexual violence.

This summer, 6-year-old Cristina traveled to Cuernavaca, the capital of the state of Morelos, to spend her holidays with her grandparents. Most of the time was spent in her grandmother's tortilla shop. And while the handmade tortillas were laid on the grill and a sweet, smoky smell of corn filled the room, Cristina sang and played. On August 10, Cristina went to bed early. As the grandparents later went to make sure that everything was all right they found the lifeless body of Cristina with stab wounds. Her grandmother tried to resuscitate her but Cristina was already dead. The summoned paramedics confirmed that she had been abused.

The number of women and girls in Mexico totals just over 63 million, the equivalent of around 60 percent of the population. Yolanda, Angelica and Cristina are on the increasingly long list of victims of violence against women in Mexico. This violence is occurring more frequently, is more brutal and always hard to comprehend.

This escalating wave of violence, which began to appear in the 1990s in Ciudad Juarez and cost the lives of hundreds of women, has since spread to other parts of Mexico and forced the government to act. In 2007, the Program against Gender Specific Violence, or AVGM, was launched "to fight and eliminate violence against women in a certain area." The program foresees a number of prevention and emergency measures which the authorities are committed to adhere to.

As well as premeditated murder, which all law books around the world know, the brutal violence against women in Mexico forced the government in 2012 to create a new statutory offense: femicide, which occurs "when a woman is killed for gender-specific reasons." Those reasons include signs of sexual violence, mutilation, degrading wounds, when there is a history of familial violence, the body is placed in a public place or if there is a sentimental, affective or trustful relationship between the murderer and victim. 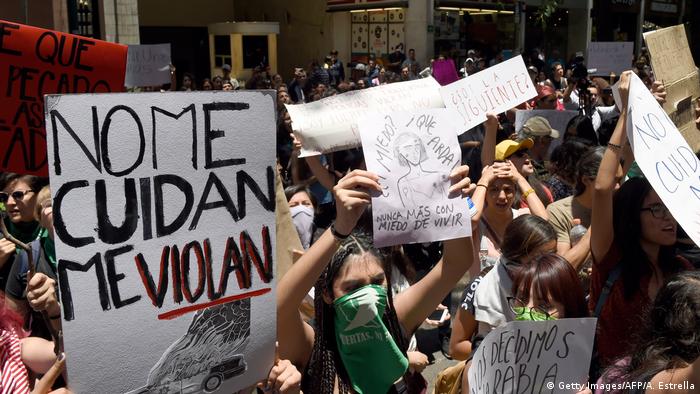 Since 2015, the Mexican government has instituted the AVGM prevention program in 18 of the 32 states. That means that 56 percent of Mexican territory is considered dangerous for women. There is no clear geographic pattern for this violence: the affected states are spread out across the country. In the states of Veracruz, Morelos, as well as Mexico, Puebla, Guerreo and Colima, the AVGM program has not led to a reduction in violence.

On August 16, a protest march by men and women took place in Mexico City to pay tribute to Yolanda and stand up against gender-specific violence. The demonstrators shouted "We believe you" and "They kill us and you do nothing." In addition, they demanded the AVGM program also be instituted in the capital.

As long as the circumstances and the social dynamics of every place where women are killed are not thoroughly investigated, it will not be possible to curb this violence in Mexico. Organizations both domestic and international, as well as journalists, need to search for answers to this problem, and come up with a solution.

Journalist and author Anabel Hernandez has reported for many years on drug cartels and corruption in Mexico. Following murder threats she was forced to leave the country and since then has lived in Europe. She was awarded the Freedom of Speech Award at DW's 2019 Global Media Forum in Bonn.