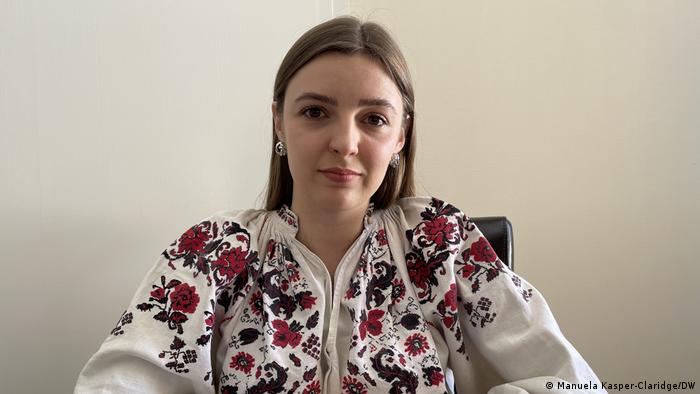 Olga Bezverkha is wearing a vyshyvanka, a traditional embroidered shirt from Ukraine. She proudly points to the red embroidery pattern and explains that the blouse is part of her cultural identity. The 27-year-old is a manager at a startup in Kyiv. There, she works with designers, some of whom lost their jobs because of the war.

It took her two days on the road to get to Davos, Switzerland. The invitation came from the World Economic Forum, where the powerful people from the worlds of business, politics and civil society are meeting once again after the summit was postponed in January due to the COVID-19 omicron outbreak.

The war in Ukraine is the dominant theme at WEF 22. And like other young Ukrainians, that's exactly why Olga Bezverkha is here.

"It is important that the world is not losing interest in our situation," said Bezverkha. The young woman's family fled Kyiv for western Ukraine on the second day of the war. From there, Bezverkha and others organized donations and food. They also arranged for things like bulletproof vests and helmets for the army.

"The first vests came from Canada," she said proudly, describing the strong cohesion among young Ukrainians in particular in the face of the war. "We raised our voice. We acted and we became strong."

To help them with their volunteer work, they're making use of the Global Shapers Community, the youth network of the World Economic Forum. There are about 15,000 active members worldwide and all of them are under 30. To make the Global Shapers more effective, they have been grouped into 500 localized hubs. 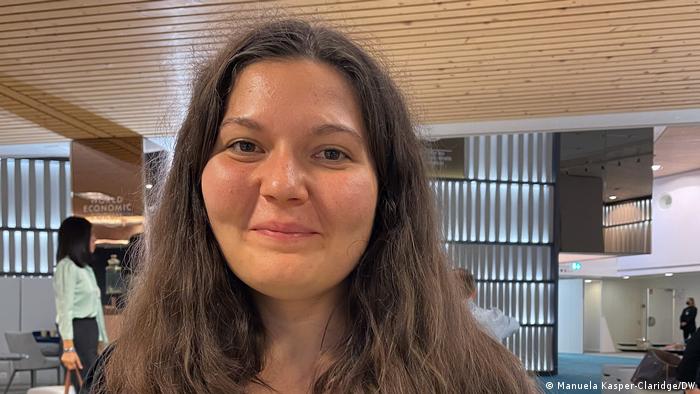 The Ukrainians from Kyiv and Lviv were already part of the network before the war and are now receiving support from all over the world. "It is a bright example of how Global Shapers communicate with each other," said Karolina Inhinova.

Trained as a doctor, the 28-year-old health care manager lives in Kyiv. When she talks about the solidarity she has experienced so far, her eyes shine. "With the support of the [Global Shapers] Munich hub and the central hospital in Munich we got vital medicine to Ukraine."

The medication, worth around €100,000 ($105,500), was transported from Germany to Poland and then to Lviv in western Ukraine in a joint operation. From there it was distributed to various Ukrainian hospitals. 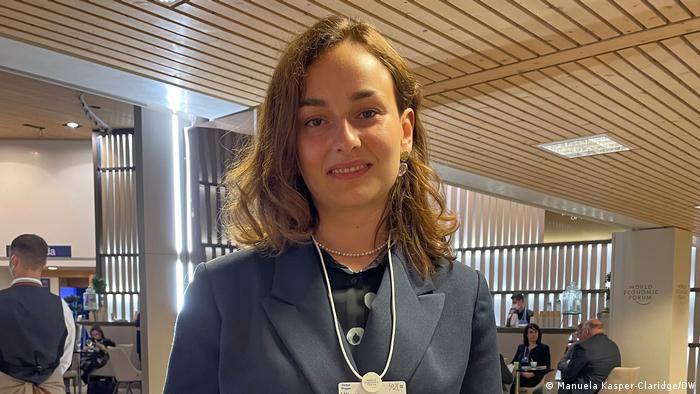 'What comes after the war?'

Support Ukraine Now is a crowdsourced initiative that brings together numerous projects and organizations — and is something the young Ukrainians are promoting at the World Economic Forum. The group is looking for resources such as medicines and financial donations, but it's also trying to create perspectives for the future of the country.

"What comes after the war?" That is what the Ukrainians want to discuss in Davos. And they are talking to pharmaceutical representatives, entrepreneurs, designers and scientists. While in Switzerland, Uliana Avtonomova has an appointment with the renowned MIT, the Massachusetts Institute of Technology.

The 29-year-old is convinced that "we have to reimagine the cities and villages of Ukraine." What was destroyed in the war should be rebuilt. But it should be climate-friendly, modern and livable. To do this, she wants to use digital technologies. She herself has a lot of experience with virtual reality. "We need to bring the best minds to the cities in Ukraine," she emphasized. 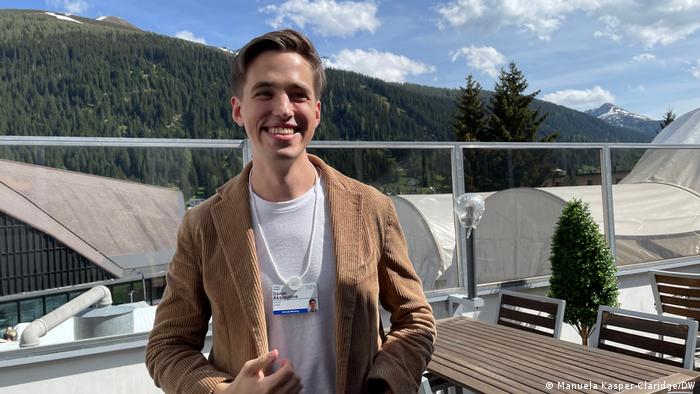 Daniel Aksioutine, 28, also wears a traditional linen vyshyvanka, like many of the self-confident, well-educated Ukrainians who came to Switzerland. They see their future inside Ukraine, especially if it helps their homeland.

"After war follows reconstruction," said Aksioutine. It is something he wants to be a part of.