After the gold rush: AfD loses state subsidies | Germany | News and in-depth reporting from Berlin and beyond | DW | 18.12.2015

The populist right-wing Alternative for Germany has lost an important revenue stream after the government closed a loophole it was exploiting to gain state subsidies. But few critics are shedding tears. 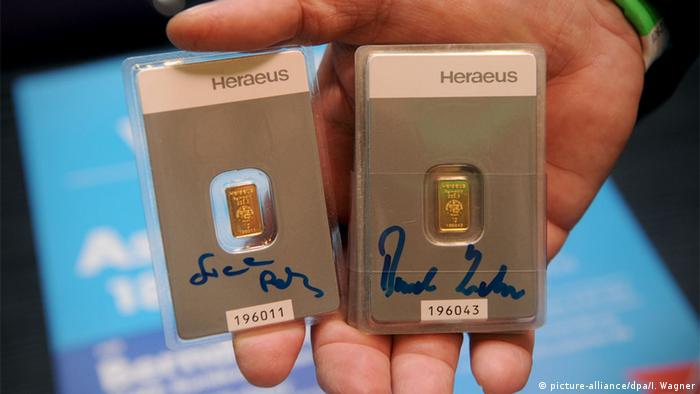 The Alternative for Germany party (AfD) might have to cut out the Christmas bonuses this year. Germany's anti-EU, anti-immigration party has lost one of its most important income sources after the government closed the loophole allowing parties to get extra state subsidies for running an unprofitable business on the side.

The AfD has been selling small gold bars and coins (the old deutschmarks, not euros, of course) to exploit a loophole in party funding regulations. Until now, the state gave parties 85 cents ($0.92) for every vote if they got more than 0.5 percent in the last election - but only up to the value of their total income from membership fees, donations and other businesses. The idea of the cap was to stop smaller parties living off tax money - but by boosting its income via its gold trade, the AfD ensured that it was entitled to the extra subsidies even though the profit was marginal.

The scheme was condemned by many when it was first introduced in 2014. "It is a low point for our party culture," constitutional lawyer Jörn Ipsen was quoted in "Der Spiegel" as saying. "The fact that a party is capitalizing on its status is very dubious constitutionally." 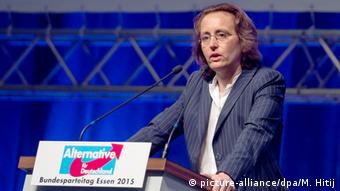 Von Storch condemned what she called the "Lex AfD"

The new party funding law - drawn up by the governing coalition of the Christian Democratic Union (CDU) and the Social Democratic Party (SPD) - altered the regulation so that only profit, rather than turnover, was eligible for the state subsidy, drastically slashing the AfD's income. The amendment was hastily hurried through parliament this week before the Christmas holiday, ensuring that all 2015 income would be affected by the change.

'An attack on our existence'

The party's deputy leader Beatrix von Storch didn't shy away from melodrama in describing the government's hasty initiative. "This is not a law," she told "Die Zeit" newspaper. "This is an attack on our existence."

Von Storch claimed that the alteration meant the AfD would lose 2 million euros ($2.1 million) this year, and immediately issued an emergency call for a 100-euro donation from each of its 20,000 members. "If the party does not get 2 million euros of donations by the end of the year, we'll be bankrupt," said von Storch. "And Germany will be left without an alternative." The AfD was further incensed by the fact that the new amendment also raised the subsidy per vote - from 85 cents to one euro - thus ensuring a boost in income for the established parties.

"It is, of course, a pretty nasty move by the government parties," said Michael Koss of Transparency International's German office. At the same time, he wasn't about to shed many tears for the AfD. "What they were doing was just turnover without profit," he told DW. "They were selling money for the same price as I could sell it for - it'd be generous to call it a business."

The comedy party Die Partei ("The Party"), which gained enough votes in 2014 to get a seat in the European Parliament, satirized the AfD's scheme last month by launching a campaign to sell 100-euro notes for 80 euros each, hoping to make a profit via the state subsidies. It, too, will likely be hurt by the change in regulations, though Die Partei took the hit on the chin: "That fun has probably cost us 25,000 euros," the party posted on its Facebook page. "But it was for a good cause - the bankruptcy of the AfD!" 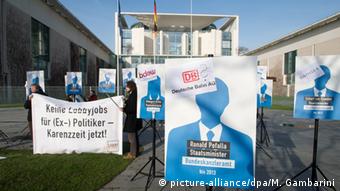 In Germany, political parties are allowed to operate businesses to boost their income - a practice that dates back to the 19th century, when socialist parties were crippled by the Bismarck-era Anti-Socialist Laws. "It is a specifically German thing, at least in this form," said Koss. "The SPD bought newspapers so that they could put their own opinions out."

Since then, the SPD has traditionally invested in a number of publishing houses - though these, Koss argues, are legitimate businesses rather than money-making schemes. The pro-business Free Democratic Party is also involved in printing companies.

For the NGO LobbyControl, the furore over the end of the AfD's gold-selling scheme masked a much more important issue - the continued lack of transparency and regulation on large business donations to political parties. "With the new reform, the grand coalition has missed a chance," LobbyControl spokeswoman Christina Deckwirth said. "Allowing itself more money without addressing the long-standing abuses in party law is an affront. Especially the untransparent party sponsoring urgently needs to be reformed."

Germany's right-wing populist AfD party has rebuked one of its regional figures for remarks nearing on racism. Björn Höcke's praise for France's far-right National Front was also rejected by some party leaders. (14.12.2015)

Left-leaning activists have taken to the Internet to manipulate PayPal in a bid to make right-wing populists the AfD lose money. Despite the cash crunch, the euroskeptics were experiencing a boost in opinion polls. (11.12.2015)

The far-right populist party Alternative for Germany has held a two-day convention in the northern city of Hanover. Its leaders have called on Chancellor Angela Merkel to step down. (29.11.2015)