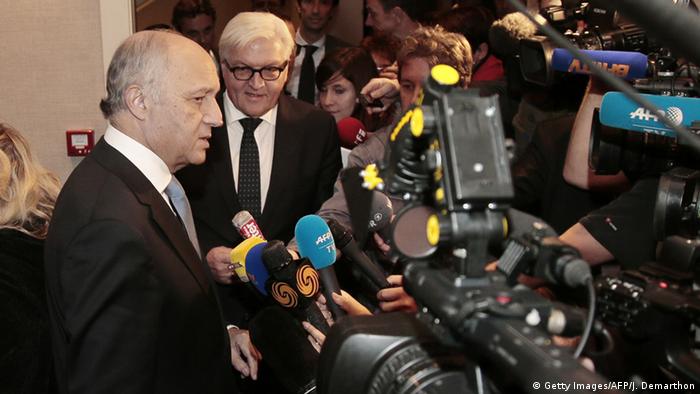 Germany and France's foreign ministers met in Paris on Friday to discuss the latest allegations of German spying. Steinmeier stressed that recent allegations saying that Germany's Federal Intelligence Service (BND) had spied on the French foreign minister would be investigated and that the situation called for an "immediate clarification."

Steinmeier also conceded that the recent disclosures constituted a "strain" on Franco-German relations.

"The BND has been summoned to that end, and I hope that this will take place as quickly as possible," Steinmeier said.

French Foreign Minister Laurent Fabius meanwhile commented that it had been "unpleasant" for him to learn that he had been spied on. He added that he was confident that the German government would provide an explanation soon.

"That's not something that you do to friends," Fabius said.

Fabius added that French President Francois Hollande wanted the spying to cease right away while making sure that no other French government officials had been affected. Hollande has previously asked to have access to all information gained by the BND's spying activities.

NSA spying triggered a severe backlash from the German public, further damaging the US' reputation. But the BND has also been found with dirt on its hands. Spying among friends is not such an unusual practice in Berlin. (12.11.2015)