The recent violence in Hamburg, some of which was perpetrated by people who traveled there from across Europe, has thrown the spotlight on the extreme left. DW looks at the basics of a very complex phenomenon. 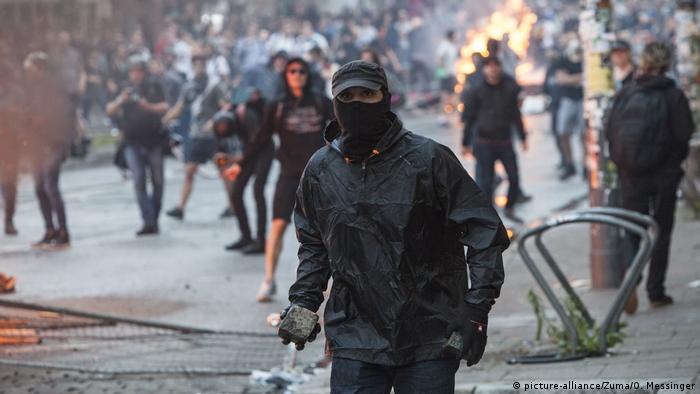 How many left-wing extremists are there in Europe?

It is difficult to name exact figures since far more research has been done about extremism on the political right than on the left. As the mayhem in Hamburg showed, there is a radical left-wing network in Europe whose activities are at least somewhat coordinated. But Europol says it doesn't have any reliable estimates of the numbers of people involved.

In its latest report on the defense of the country's constitution, the German Interior Ministry estimates that in 2016, Germany (total population 81.4 million) had 28,500 left-wing extremists, of whom 8,500 were considered violent. Far-left radicalism exists across Europe, and countries like Italy, Greece and Sweden have radical left-wing subcultures that are at least as prominent as Germany's. There has been significant left-wing street violence in relatively well-heeled places like Zurich and Bern in Switzerland as well.

Is far-left violence on the rise?

Indications say yes. Europol's most recent EU terrorism report noted a "sharp increase" in left-wing and anarchist terrorist attacks from 2015 to 2016, although it also determined that the "operational capabilities of the groups remained low." That tallies with figures from the German Interior Ministry, which found that the number of violent left-wing extremists in the country increased by ten percent last year, although the recorded acts of left-wing violence went down. Expect the figures for in Germany in 2017 to rise because of the violence surrounding the G20 summit.

It's also worth noting that not all types of far-left extremists are considered equally violent. Europol concluded that "anarchist groups and individuals tended to be more violent than those belonging to left-wing extremist movements."

How many different types of left-wing extremists are there?

There is a bewildering variety of far-left groups operating in Europe, but experts tend to distinguish broadly between three categories: communists who adhere to the teachings of Marx and Lenin, anarchists, and so-called "autonomous" radicals who tend to be connected with squats like the Rote Flora in Hamburg or Copenhagen's famous Christiana. Germany's Interior Ministry says that the number of communists is decreasing slightly while the other two groups are growing. The ministry also holds "autonomous" radicals responsible for the majority of the violence. 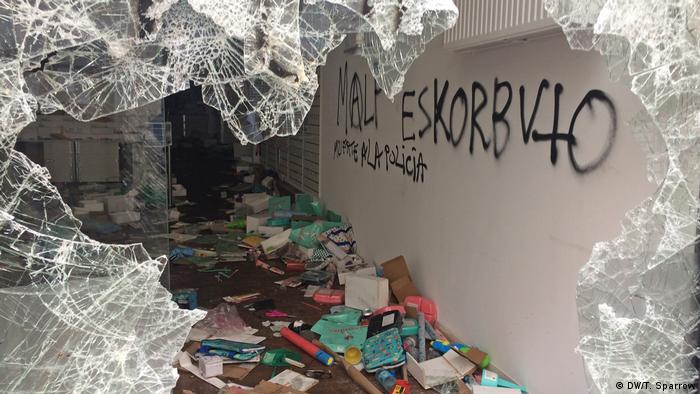 Some left-wing radical movements define themselves through their opposition to, and their acts of self-defense against, radical right-wing groups. These include Sweden's Revolutionary Front and Greece's Conspiracy of the Fire Cells.

What unites left-wing radicals, according to the German Interior Ministry, is "the rejection of the capitalist system as a whole." The ministry adds that far-left radicals define capitalism not just as an economic system, narrowly understood, but as a whole complex of things including social inequity, the "destruction" of living space in cities, war, right-wing extremism, racism and environmental destruction.

But those participating in the violence in Hamburg may have been so-called "riot tourists," interested only in destruction for destruction's sake. An informal poll of protestors by the German edition of Vice magazine, just before the summit, found that the majority were unfamiliar with the most basic facts concerning the G20 as institution.

What sorts of crimes do leftist radicals commit?

Everything from homicide to graffiti. Conspiracy of Fire Cell members, for instance, are suspected of having murdered two followers of Greece's right-wing extremist association, Golden Dawn, in 2013. The group also claimed responsibility this year for sending a letter bomb to German Finance Minister Wolfgang Schäuble. Sweden's Revolutionary Front has posted videos on the Internet of masked attackers using an ax to destroy what they claimed was the home of a right-wing radical. 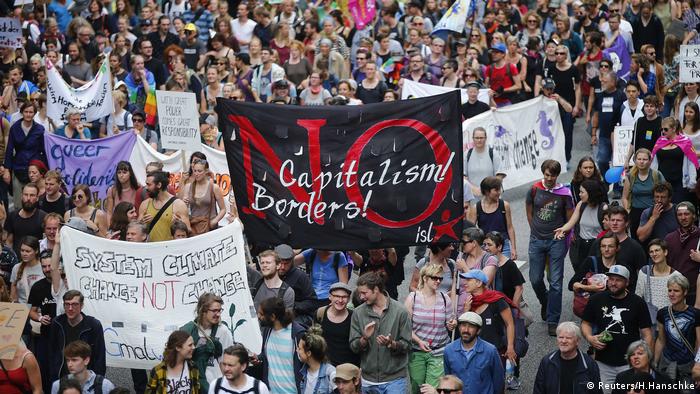 Not all radical left-wing violence is that dramatic, of course. But Europol writes: "In Germany, anarchist extremists carried out numerous arson attacks in 2016, mainly targeting police and private vehicles on the streets. Belgium experienced similar problems with arson attacks on cars and cell-phone masts. In Greece and Italy, anarchists are believed to be behind a number of incendiary attacks on vehicles and property, as well as on banks."

And the German ministry has concluded that left-wing radicals are growing increasingly violent. The ministry found: "In the past few years the acceptance and intensity of violence in the far-left scene has noticeably increased. This is especially true of violence against police and political enemies (particularly real or imagined right-wing extremists.)

Left-wing violence is overwhelmingly concentrated in cities and very often accompanies events like the G20. "Left-wing and anarchist extremists continued to take advantage of lawful demonstrations to launch violent attacks against governmental property and law enforcement," Europol says. An example is the "No Border Camp" demonstrations in Thessaloniki, Greece, where radical leftists clashed violently with police.

What is the likely fallout from the G20 violence?

The most immediate effect is that people in Germany, and elsewhere in Europe, are far more sensitized to the potential for radical left-wing violence than they were before July 7. Politicians from both of Germany's biggest parties, the conservatives and the Social Democrats, have called for the creation of a European-wide list of violent left-wing extremists.

But Europol says that the mechanism for compiling such a list already exists. The law enforcement agency's Dolphin project allows for the exchange of information about all serious political crimes, both right- and left-wing in nature, that affect EU member states.