Taliban militants took control of the district building in the Nirkh district and torched it. The district center has been under siege for at least a week. 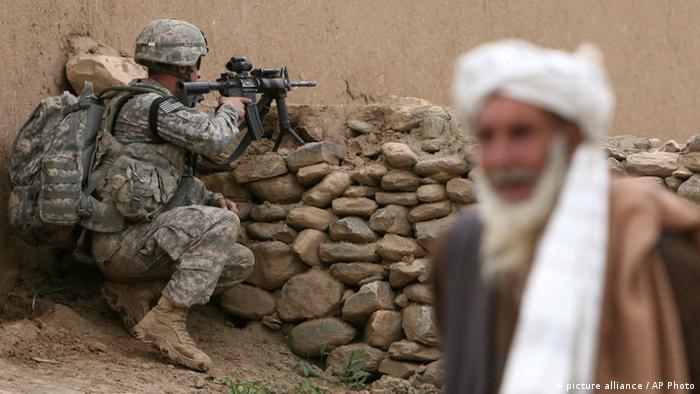 Afghan officials confirmed on Wednesday that the Taliban had overrun the strategic district of Nirkh in the central Afghan province of Maidan Wardak.

Militants took control of the district building on Tuesday and torched it, according to provincial officials. The district center of Nirkh has been under siege by the Taliban for at least a week. The Taliban said it had captured munitions from stockpiles in the district.

Nirkh is about 25 miles (40 kilometers) away from Kabul. It could be used by militants as a gateway to reach Kabul and launch attacks on the Afghan capital. Several important highways connecting Afghanistan's central and southern provinces go through Nirkh.

Tareq Arian, the spokesman of the Interior Ministry, told the AFP news agency that security and defense forces of Afghanistan had made a "tactical retreat" from the Nirkh police headquarters.

However, there were conflicting reports of the attack, with some of them saying that Afghan forces surrendered after a clash, in which several officers were killed.

Meanwhile, the Defense Ministry said it would launch an offensive to win back the district.

Attacks increase ahead of US retreat

Attacks by the Taliban on provincial capitals and district centers have increased since international troops have started pulling out from Afghanistan.

Earlier this month, an explosion outside a girls' school in the Dasht-e-Barchi neighborhood of western Kabul killed more than 50 people — all of them civilians, with most being young girls between the ages of 11 and 15. The blast left more than 100 people injured. The government blamed the Taliban for the attack, although the group denied this.

There is speculation that there could be a full-on assault by the Taliban on cities after the United States withdraws its troops.

Washington has announced the withdrawal of troops will be completed by September 11.