Iran is denying its border guards beat, tortured and forced Afghan migrants into a river where some drowned. The Afghan government has launched an investigation and promised "necessary" action. 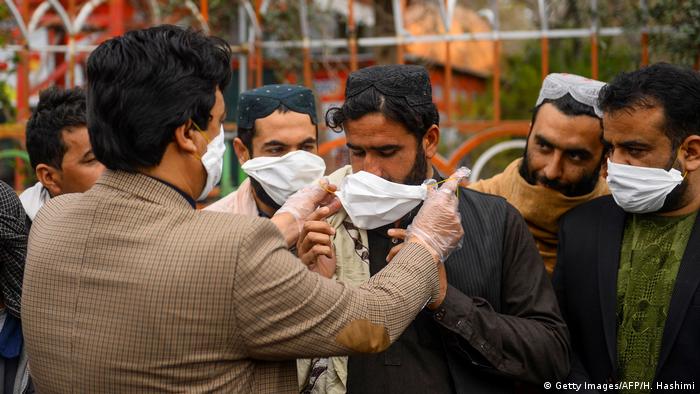 The Afghan government is investigating reports that migrants attempting to enter Iran drowned after being forced into a river by Iranian border guards.

The incident took place on Friday when dozens of Afghan migrants attempted to cross illegally into Iran from western Herat province.

At least seven migrants are thought to have drowned and another are 30 missing, reported AFP news agency, citing an Afghan government official.

The migrants were beaten and tortured before being forced into the Harirud river, where "a number of them drowned and some survived," said the Afghan Human Rights Commission on Sunday after speaking with survivors.

The Harirud river basin is shared by Afghanistan, Iran and Turkmenistan.

The coronavirus outbreak in Iran saw tens of thousands of Afghan migrants leave and return to their home country. This prompted fears that they could bring the virus back to the war-torn nation, which is ill-equipped to deal with an outbreak.

In Herat province there have been 541 confirmed cases and 13 deaths – the majority of cases were in returnees from Iran.

As Iran began easing some coronavirus restrictions, many have begun heading back to Iran in search of work, reported AFP.

Afghanistan's foreign ministry said an investigation into the incident has been launched. Initial assessments suggested at least 70 Afghans were involved in the incident, reported Reuters news agency citing an Afghan official.

The Iranian consulate in Herat dismissed the reports and said no Afghan nationals had been arrested in the area.

"Border guards of the Islamic Republic of Iran denied the occurrence of any events related to this on the soil of our country," said Abbas Mousavi, an Iranian Foreign Ministry spokesperson in a statement on Sunday.

Read more: US refuses to release data on Taliban attacks in Afghanistan — watchdog

Afghanistan: No women, no peace

The Taliban, an Afghanistan-based militant group who are currently in on-and-off negotiations with the Afghanistan government, condemned the incident in a statement, calling on Iran to launch its own investigation and "strictly punish the perpetrators."

Some 1.5 to 3 million Afghan refugees live and work in Iran, many as wage laborers on construction projects.

Afghan officials said that it was not the first time that Afghans had been killed by Iranian police guarding the 920 kilometer (520 mile) border.

The Afghan government has failed to show progress on the landmark US-Taliban deal, which was signed in February. Can the situation force President Donald Trump to unilaterally withdraw troops from the war-torn country? (09.04.2020)