An Afghan Indepent Election Commission official has resigned, saying he wanted to save the election process. Presidential candidate Abdullah Abdullah had accused the IEC of bias in last week's runoff election. 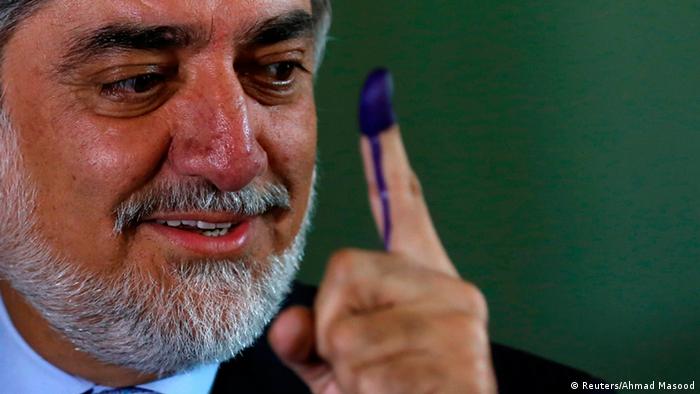 Zia ul-Haq Amarkhail, head of the secretariat of Afghanistan Independent Election Commission, stepped down Monday, though he denied fraud allegations.

Members of Abdullah's party released recordings they say they intercepted from Amarkhail's phone calls in which he ordered officials in several provinces to stuff ballot boxes. A former Foreign Minister and second-time presidential candidate, Abdullah alleges that several provinces tallied more ballots than they had eligible voters in his June 12 runoff election against former Finance Minister Ashraf Ghani Ahmadzai.

"Now the door is open for us to talk to the commission and talk about the conditions and circumstances that will help the process," Abdullah told reporters on Monday. He had previously suspended ties with the IEC and threatened to reject the election result. Some of his supporters had taken to the streets in protest.

IEC chief Ahmad Yousuf Nuristani said the tapes had no connection to Amarkhail's resignation and that the commission did not ask him to quit. Amarkhail calls the tape fraudulent.

Abdullah faced Ahmadzai in the June 14 runoff after the two finished first and second in an eight-man April 5 election, with 45 and 31.6 percent, respectively. Fifty percent of the vote was required to avoid a runoff.

Officials expect preliminary results July 2 and the final word, after adjudicating any complaints, by July 23. Current President Hamid Karzai has set August 2 as the inauguration date for his successor.

Karzai, in power since the 2001 US-led invasion ousted the Taliban, is barred from seeking a third term as president. He beat Abdullah to win his re-election in 2009.

Whoever wins will govern Afghanistan as the US and its allies wind down their combat mission and the amount of international aid the country receives declines. Both candidates have promised to sign a security pact with the United States that would allow nearly 10,000 US troops to remain in the country in a training capacity and to conduct counterterrorism operations. The delay in the announcement of a winner would mean that agreement remained unfinalized.

Abdullah and Karzai have proposed that the United Nations step in to mediate between the parties, and the UN mission in Afghanistan has offered its services.