Nilofar Bayat, 28, and her husband Ramesh Naik, 27, showed off their game during a friendly in Bilbao. The couple fled Kabul during the airlift with help from the Spanish government and basketball federation. 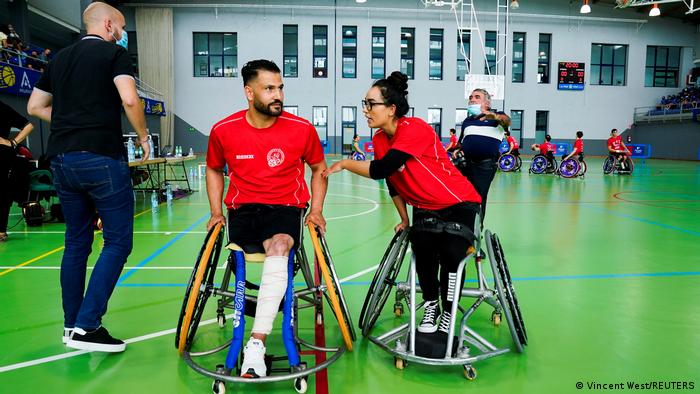 Nilofar Bayat, 28, an Afghan female Paralympian, made her debut Saturday night for Bidaideak Bilbao BSR, a wheelchair basketball team, playing alongside her husband as the lone woman on the mixed-gender team.

Formerly the captain of the Afghan women's wheelchair basketball team, she and her husband, Ramesh Naik Zai, 27, were offered the chance to play in Bilbao, in northern Spain. 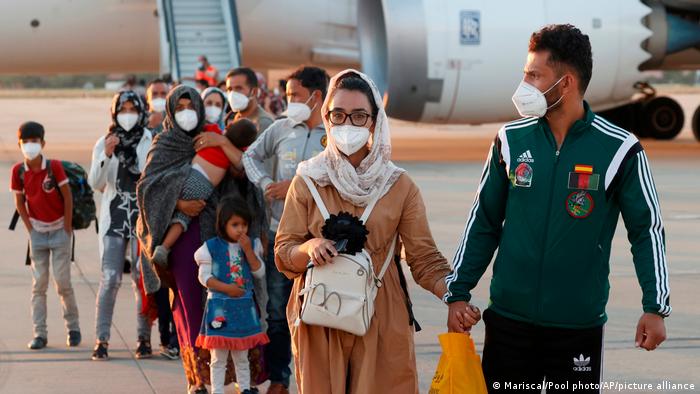 Along with 100 other refugees, they arrived in Madrid from Kabul on August 20, during the airlift that the Pentagon says saw 124,000 evacuated from Afghanistan following the fall of Kabul on August 15.

Saturday's friendly match against Fundacion Vital Zuzenak was Bayat's first time playing on a coed team. When the couple rolled onto the court, they were greeted with a standing ovation.

"It was very new for me, in Afghanistan it's not like this," she said, adding: "The teams are very separated, and we do not play together, but it was very nice."

After the game, the couple were given flowers. 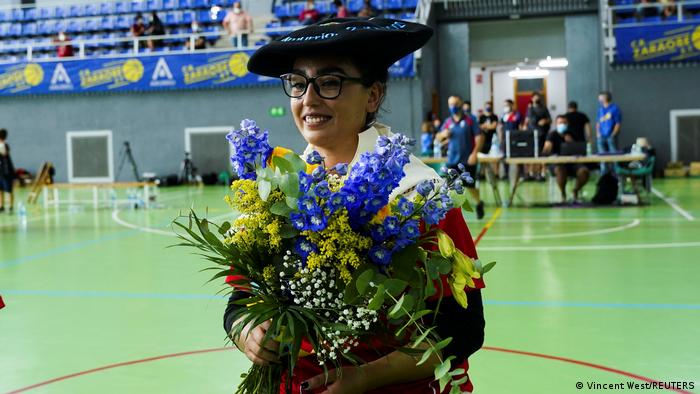 "I have never had this much kindness and this much respect. When I saw how welcoming they are ... I felt that here can be my second home, I can be very happy here," she told Reuters.