A student in a high school in Hamburg stabbed a fellow pupil to death with a kitchen knife, police have said. Both the alleged attacker and the victim were 17 years old, and refugees from Afghanistan. 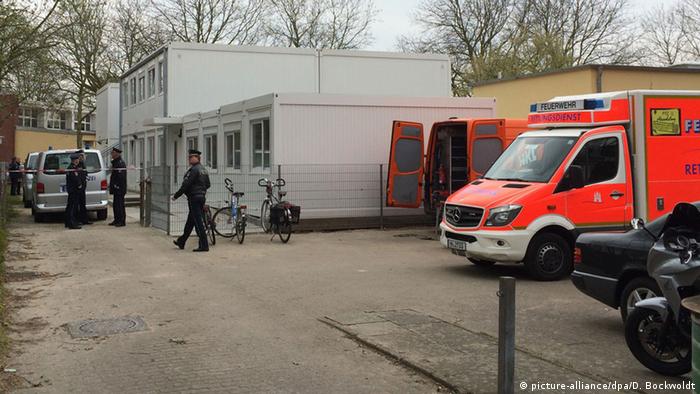 The suspect reportedly entered the classroom mid-morning Tuesday and "suddenly attacked the victim" in front of 15 other students in Nelson Mandela high school, according to information gathered by German police.

"The victim died a little later at the scene," the police said in a statement.

The other students present in the classroom escaped unharmed.

The suspected 17-year-old stayed at the scene with the victim, and was subsequently arrested. One of the teachers had also stayed with the victim until the ambulance arrived.

Both of the students were Afghans, and have been attending special classes aimed to help young refugees improve their German.

The two had allegedly argued during an earlier break, although the topic of their conversation remains unclear.

"The issue of motive is still open," police said Wednesday.

A 'shadow' over the city

Some 1,000 students from more than 50 countries attend the Nelson Mandela high school in a working class suburb of Hamburg, Germany's second largest city. Those among them who have witnessed the deadly attack are receiving psychological counseling, according to the school. One of the pupils was treated for shock in a hospital.

"A shadow has fallen over our city," he said in a statement. "We are appalled by an act of violence which leaves us stunned.

"Our thought are with the relatives and friends of the dead boy, with the classmates and with everybody who work for our children at the highly renown Nelson Mandela school" he said.

Two charged in UK over death of Afghan migrant

Police have charged two truck drivers after an Afghan migrant was found dead in a shipping container at an English port, along with 34 survivors. The two men were arrested earlier this week. (23.08.2014)

Hamburg have appointed their fourth head coach of the season - and it is not Thomas Tuchel. Bruno Labbadia has signed a 15 month deal, with Peter Knäbel returning to his previous role of director of football. (15.04.2015)