Afghan refugees in Pakistan face mass deportation | Asia | An in-depth look at news from across the continent | DW | 16.01.2018

Pakistan has given millions of Afghan refugees in the country until the end of this month to return to their homeland. But refugees say the short deadline and no prospects for the future make their return difficult. 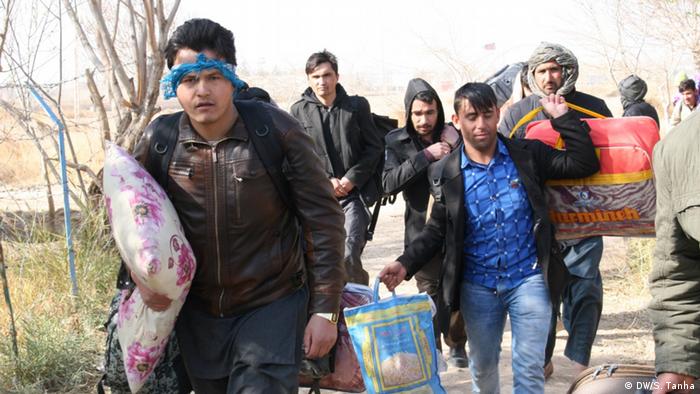 For the past several decades, millions of Afghans have fled their conflict-stricken country to neighboring Pakistan in search of a safer and better life. There are now an estimated 2.7 million registered and undocumented Afghan refugees in Pakistan.

Afghanistan's failure so far to emerge as a stable and peaceful country means there is no safe place for these refugees to return to.

Notwithstanding the security situation in its volatile neighbor, the Pakistani government wants to accelerate refugee repatriation. At the start of January, Prime Minister Shahid Khaqan Abbasi's cabinet decided to extend Afghan refugees' stay in the country only for 30 days.

Read more: Afghan refugees forced to return to a country with no hope

This is the sixth extension given to the refugees by the government.

It argued that the Pakistani economy "has carried the burden of hosting Afghan refugees since long and in the present circumstances cannot sustain it further."

The decision comes as surprise for the United Nations High Commission for Refugees (UNHCR), which is undertaking a repatriation program for 1.4 million Afghans, most of them living in Pakistan since their country was invaded by Soviet Russia in 1979.

There are also hundreds of thousands of undocumented Afghans residing in the country.

This is not the first time the government in Islamabad has announced moves to expel Afghan refugees from Pakistan.

But they have never been carried out in full, partly due to the deteriorating security situation in Afghanistan, where the continuing conflict displaced as many as 360,000 people last year alone, according to the UN's Office for Coordination of Humanitarian Assistance (OCHA).

The number of armed clashes with militants was also the highest in the past decade, an OCHA report said. The Afghan government is fighting a resilient insurgency and efforts to reach a peace deal with the Taliban - the main insurgent group - have come to naught.

Furthermore, the self-styled "Islamic State” (IS) terror outfit has been attempting to expand its presence in Afghanistan. IS has killed hundreds of Afghans in multiple attacks across the country since it first emerged in the region in 2014.

In the past 18 months, as a US-led bombing campaign against the group gathered momentum, it dramatically escalated its attacks in Kabul, adding to the dangers already faced by civilians in the city, which the UN cites as one of the deadliest places in the country.

Last August, US President Donald Trump unveiled a new strategy for Afghanistan, vowing to deploy more troops, on top of the 11,000 already in the country, to train and advise Afghan security forces.

The worsening state of security has prompted many Afghan returnees to once again flee their homeland and seek safety elsewhere.

"Only if all sides keep their promises will Afghan refugees be able to return to their homeland. Otherwise, I don't think it's possible for us to return,” 25-year-old Pakistan-based Afghan refugee Jamil Khan Azizi told DW.

Azizi was referring to promises made by the Kabul government that it would provide land and financial aid to Afghan refugees returning to the country voluntarily. In many cases, he said, these promises haven't been kept.

Azizi, who has spent most of his life in Pakistan, stressed that returning to Afghanistan would be "like a new migration" all over again, as most of the Afghans living in Pakistan have been residing in that country for decades.

They are now a fixture in the local communities and many have even set up businesses.

Shafiqullah Azimi offers a case in point. He has a small business and claims to lose money if expelled from Pakistan in such a short period of time. "I have pending checks which I can only cash in 2021. If I am deported, I won't be able to get my money back. People will lose millions," Azimi told DW.

The businessman is also worried that if returned to Afghanistan, he would lose access to the Pakistani market. His concerns are compounded by the underperformance of the Afghan economy, with growth rates suffering under the combined assault of diminished international financial aid flows in the aftermath of NATO's drawdown of troops and worsening security. 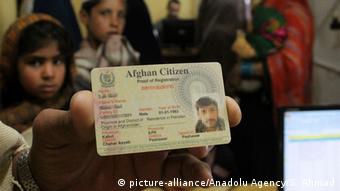 There are an estimated 2.7 million registered and undocumented Afghan refugees in Pakistan

The construction sector, previously a major driver of economic growth, has been weighed down by a lack of substantial investment in infrastructure over the past couple of years. This has left the Afghan economy in the lurch.

"We have done research about the Afghan market and know that business there will not be as good as it is in Pakistan," Azimi said.

Combined with insecurity, the lack of economic prospects has been a reason why most Afghan refugees are hesitant to return home.  Even many of those who have returned hoping for a fresh start have become disillusioned with the country's political, economic and security situation, and are considering fleeing again either to neighboring countries like Pakistan and Iran or even to places as far as Europe. Azimi said he knew many people who had regretted their decision to return to Afghanistan.

These included an insecure legal status, threatening to deport the asylum seekers in winter, arbitrary detention and nocturnal police raids.

Despite the problems, many acknowledge that Afghan refugees are living in far better conditions in Pakistan than in other countries like Iran, which is also home to millions of Afghans.

Most Afghans in Pakistan have been able to join schools and universities as well as open businesses. They are also able to travel relatively easily between Pakistan and Afghanistan.

Against this backdrop, the latest decision by the Pakistani government is seen as a reaction to growing international pressure on Islamabad to take action against Afghan militant groups allegedly operating from the country's soil.

Pakistan's political and military establishment is deeply unhappy about the recent pronouncements of US President Trump, who accused Islamabad of providing sanctuary to militant groups that execute attacks on Afghan and international security forces inside Afghanistan.

"Unfortunately the issue of Afghan refugees in Pakistan is being politicized from time to time," said Abdul Hamid Jalili, an Afghan consulate official in Peshawar.

Everybody understands, Jalili stated, that deporting over two million Afghan refugees in less than a month will not be possible, but the deadline is still set to create a mechanism for all Afghans to return.