Afghan filmmaker Sahraa Karimi: 'The Taliban do not value art'

Speaking at an event in Bonn, the Afghan director urged global powers to not negotiate with the Taliban in an attempt to resolve the crisis in Afghanistan. 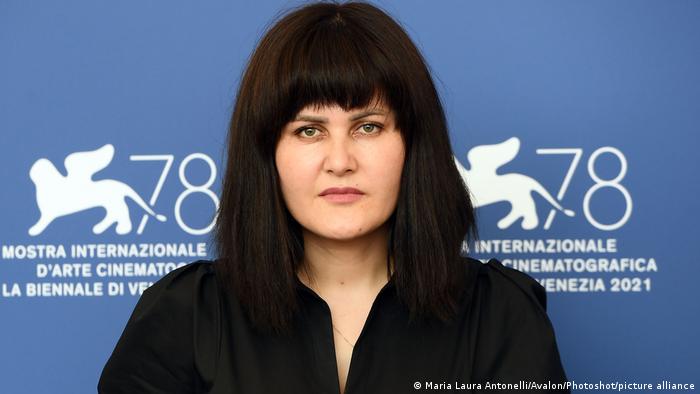 Karimi insists that the Taliban have not changed

Ever since her dramatic appeal for help went viral calling on the international community to help save Afghan cultural community, filmmaker Sahraa Karimi has found herself cast in a new role: as a voice for fellow Afghans.

And her message to the international community is succinct: "Do not negotiate with the Taliban."

"We know that the Taliban is searching for recognition, but it now seems like foreign powers are seeking recognition from the Taliban. This is so absurd and so painful," Karimi told DW, prior to speaking on a panel titled "Last Flight Kabul: Perspectives for Art and Culture in Afghanistan" that was held at the Art and Exhibition Hall of the Federal Republic of Germany, the Bundeskunsthalle, in Bonn on October 12.

Referring to news reports of German representatives meeting with the Taliban as "a shame," she appealed: "I ask Germany and other international countries not to create a false image of the Taliban that they [the Taliban] have changed. They have not changed."

Born in Tehran in 1985, Karimi is the first woman to head the Afghan Film Organization. Her film Hava, Maryam, Ayesha premiered at the Venice Film Festival in 2019.

Having already had family members killed by the Taliban before, 36-year-old Karimi fled Kabul this year on August 15, along with her siblings and nieces. Presently a refugee in Ukraine, she is working on a film charting her flight from Afghanistan.

Karimi has traveled to and spoken at various events to ensure the plight of her fellow Afghans isn't relegated to yesterday's news.

"By creating dialogue and conversations, we keep it alive. Because there will always be new headlines and people will forget about Afghanistan," she said, adding that it was important to talk about the Taliban now, because they knew that the media were not concentrating on them and they could make radical changes.

When asked by DW what intrinsically Afghan art forms or cultural advances could be lost to the recent changes, Karimi cited "fashion, cinema and music."

She explained how traditional Afghan clothes began to gain popularity again after years of Pakistani, Indian and Iranian influence. "It became part of our style, and we had a lot of good boutiques and fashion designers, and most of them were women. When they (the Taliban) say that it is forbidden for women to go to work or to show their face or their dress, what does this mean? It targets fashion directly."

In mid-September, Afghan women worldwide participated in a social media campaign to protest against the Taliban's black-robe dress code for female students. They shared photos of themselves wearing colorful traditional Afghan dresses under the #DoNotTouchMyClothes and #AfghanistanCulture.

Karimi also pointed out that where cinema and storytelling are concerned, most of the prominent Afghan directors today are female. "We wanted to change the narrative about Afghanistan and to bring new stories to life," she said. However, like her, many of her peers have now fled the country.

While Kamiri agreed that not all Afghans were onboard with the 'cultural renaissance' that occurred during the 20-year presence of the international forces in Afghanistan, those who bucked tradition didn't face drastic consequences.

"They didn't kill you if you didn't wear a scarf or did nude paintings. The worse thing was they might misinterpret or judge you. But they didn't hurt, like put you in prison. We were quite free, but we didn't have much financial support for art and culture activities," Kamiri told DW, adding that these were not priority areas for the country then. 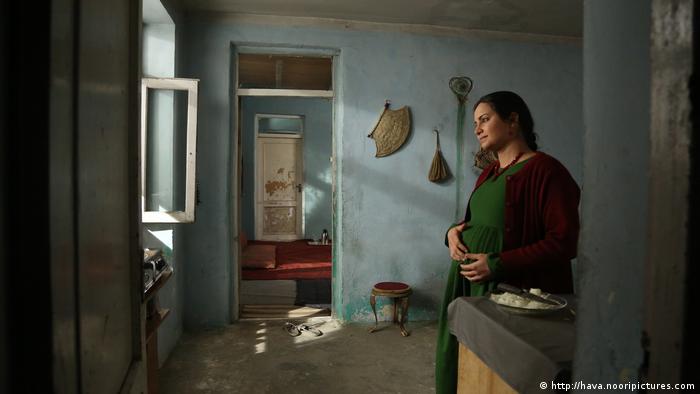 Films like 'Hava, Maryam, Ayesha' were a departure from traditional tropes on Afghanistan

During the panel, she also raised the issue of how international funding sometimes didn't reach younger, independent Afghan filmmakers and instead favored those who perpetuated worn tropes about the country and its people.

Fellow panelist, Martin Kobler, who was the German ambassador to Pakistan from 2017 to 2019 and also participated in the event in Bonn, confirmed this. "There were more than enough funds, but the target groups were not always reached. Funds should have gone to young Afghans making films for fellow Afghans, but we overlooked that," he said.

Ultimately though, Afghan culture and art could only really be saved and preserved through the creativity of the Afghans themselves, Karimi said.

She believes there is hope if Germany as an important decision-making country within Europe puts pressure on the Taliban to uphold human rights, the participation of women and democratic values in general, cultural liberties and civil society in Afghanistan may have a chance to survive.

Amsterdam-based fashion designer Nawed Elias wants to reclaim Afghan identity from terrorists. With his innovative designs, he wants to give the global image of Afghanistan a radical makeover.