AFCON 2017: Ghana secures a spot in the AFCON quarterfinals

Asamoah Gyan scored the lone goal Ghana needed against Mali to secure their second group stage win. Ghana joins Senegal in the quarterfinal field of the African Cup of Nations. 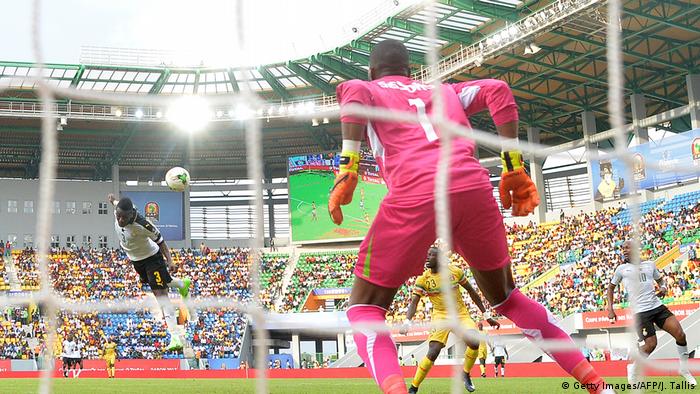 Ghana, runners-up in 2015, secured a spot in the quarterfinals of the Africa Cup of Nations for the sixth consecutive tournament after their victory over Mali in Port-Gentil, Gabon on Saturday.

Asamoah Gyan scored the game's only goal in the first half, finishing off a diving header after Jordan Ayew chipped a ball over the Mali defense. The Ghana players celebrated the goal by showing "Get Well Baba" shirts as a tribute to Schalke defender Abdul Rahman Baba who suffered a severe knee injury in the team's first match.

Mali struggled to find an equalizer despite firing away 12 shots in the game. Their best chance came at the death, but Ghana goalkeeper Brimah Razak made a heroic save on Kalifa Coulibaly's shot from seven yards.

"In tournaments you need to be winning games and that is what we did today," said Gyan. "We are satisfied about our performance. Whether we play an excellent game or not, at the end of the day we just want to win and move forward."

The Black Stars are now the leaders in Group D with two wins in two games while Mali face an elimination game against Egypt on Wednesday. 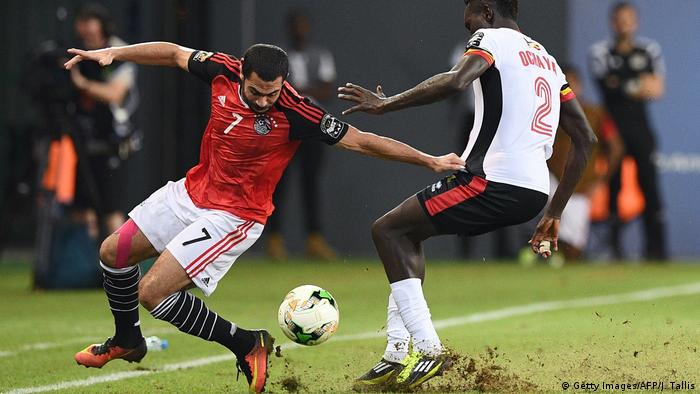 Egypt took a huge step towards advancing out of the group stage after a late winner from substitute Abdalla El Said allowed them to steal three points against Uganda in Port-Gentil.

The Egyptians controlled most of the game, but still only fired away 10 shots in the 90 minutes. It wasn't until second half stoppage time that AS Roma midfielder Mohammed Salah was able to get enough space to feed El Said for the game-winning goal.

Egypt now soar up to second place in Group D on three points as Uganda becomes the first team eliminated from the tournament after two consecutive losses.

Schalke defender Baba Rahman was injured in the first half for Ghana but they were cheered by Andre Ayew's first-half penalty in a 1-0 win over Uganda. Egypt drew 0-0 with Mali as keeper Essam El Hadary made history. (17.01.2017)