Just before the premiere of his new movie at the Berlinale, actor Richard Gere met with Angela Merkel in the Chancellery. They discussed the situation in Tibet - and perhaps mentioned a certain US president, too. 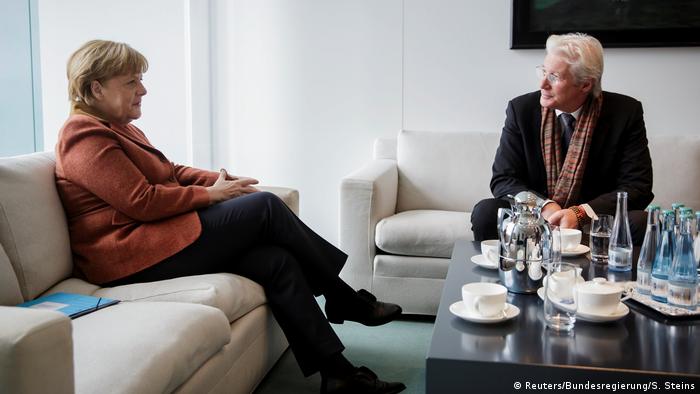 In Berlin for the premiere of his latest movie, a thriller called "The Dinner," US actor Richard Gere met Chancellor Angela Merkel on Thursday morning.

The meeting may add a little bit of glitz to the chancellor's image during her current campaign for re-election. Meanwhile, the star has his own set of political issues to discuss with the German leader.

Best known as Julia Roberts' seducing partner in the 1990 romantic comedy "Pretty Woman,"  the Hollywood star is also a long-time advocate for human rights in Tibet and a friend of the Dalai Lama.

The talk between Gere and Merkel was officially "about the current situation in Tibet," said Merkel's spokesperson Steffen Seibert.

As an activist, Gere has also been involved in different campaigns for AIDS awareness and the rights of tribal people around the world. He once described US involvement in the Iraq war as "a tragedy."

Although further details about the talk were not revealed, it can be presumed that US president Donald Trump's name was also mentioned.

Having once described a Trump presidency as "everybody's nightmare," the actor has also  praised Germany as a model of stability that can inspire his own country, which he sees as "very chaotic at the moment."

He also commended "the courage of the German people and German leaders" on the refugee issue on Wednesday during a meeting with Claudia Roth, one the parliament's vice-presidents, who also happens to be a personal friend. 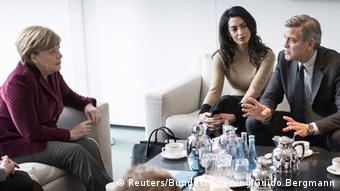 Support from the Clooneys

Compared to the former reality TV star now heading the US government, the German chancellor rather shuns glamour. Still, she has regularly taken time to meet Hollywood big names.

During last year's Berlinale, Merkel hosted George and Amal Clooney . The actor's wife is a renowned human rights lawyer. The Clooneys had praised Merkel's policy during the refugee crisis, as Germany had taken in 1.1 million refugees in 2015.

While Steven Spielberg and Tom Hanks were shooting the thriller "Bridge of Spies"in November 2014, Merkel visited the set on the Glienicke Bridge linking Berlin and Potsdam. Spies used to be exchanged on this bridge during the Cold War. 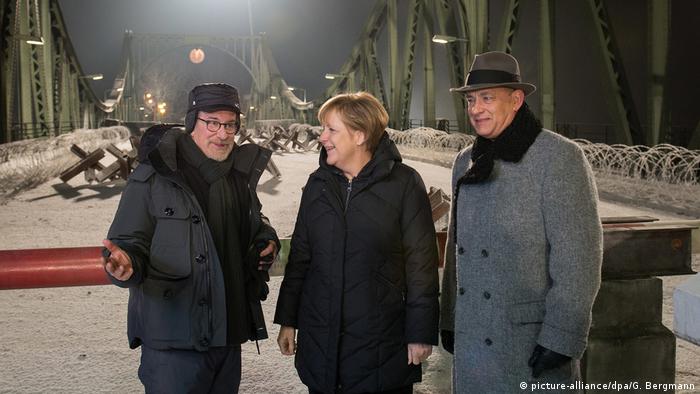 Merkel also invited the filmmaker and the actor to the Chancellery afterwards, where they discussed the fall of the Berlin Wall.