Oscar-winning actor and comedian Robin Williams has died from an apparent suicide, according to California's Marin County Sheriff's Office. The "Good Will Hunting" actor was 63. 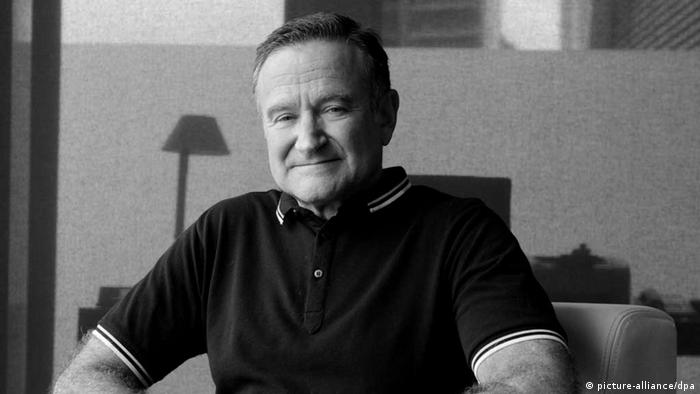 Robin Williams was found dead on Monday shortly before midday at his home in Tiburon, northern California from an apparent suicide, Marin County Sheriff's Office said.

"At this time, the Sheriff's Office Coroner Division suspects the death to be a suicide due to asphyxia," the office said in a statement. However, the cause of death is still under investigation.

The veteran actor's publicist, Mara Buxbaum, confirmed his death saying he had been battling severe depression of late. Williams had struggled with addiction in the past and just last month he entered a Minnesota rehabilitation center to help him maintain sobriety.

Mourning for a legend

Williams' wife, Susan Schneider said in a statement, "This morning, I lost my husband and my best friend, while the world lost one of its most beloved artists and beautiful human beings. I am utterly heartbroken."

Asking for privacy during this difficult time, she also said, "As he is remembered, it is our hope the focus will not be on Robin's death, but on the countless moments of joy and laughter he gave to millions,"

As one of the most beloved American entertainers of his generation, Williams rose to fame in the late 1970's for his role as the alien Mork in the TV series "Mork & Mindy." He went on to establish a dazzling career in stand-up comedy and box office hits.

On the big screen, Williams conquered in comic films such as "Good Morning Vietnam" (1987) and "Mrs. Doubtfire" (1993). However, he won his Academy Award in a serious role - earning best supporting actor as the therapist in "Good Will Hunting" in 1998.

His other film credits include "The Fisher King," "Dead Poets Society" and "Hook." He was also the voice of the genie in Disney's "Aladdin."

Known for his loud, fast and manic comedic style he parodied everyone from John Wayne to Keith Richards. On Broadway, Williams joined fellow comedian Steve Martin in the revival of "Waiting for Godot," in 1988. Martin reacted to the news on Twitter:

Tributes poured in following the news of his death. Director Steven Spielberg, who directed Williams in "Hook," said in a statement, "Robin was a lightning storm of comic genius and our laughter was the thunder that sustained him. He was a pal, and I can't believe he's gone."

US President Barack Obama also sent his condolences to the Williams family saying, "Robin Williams was an airman, a doctor, a genie, a nanny, a president, a professor, a bangarang Peter Pan and everything in between. But he was one of a kind."