Activities and volunteer opportunities for refugees

One thing that refugees have plenty of when they first arrive in Germany is free time. So, how do you use the time effectively and positively? We've put together a list of things to do. 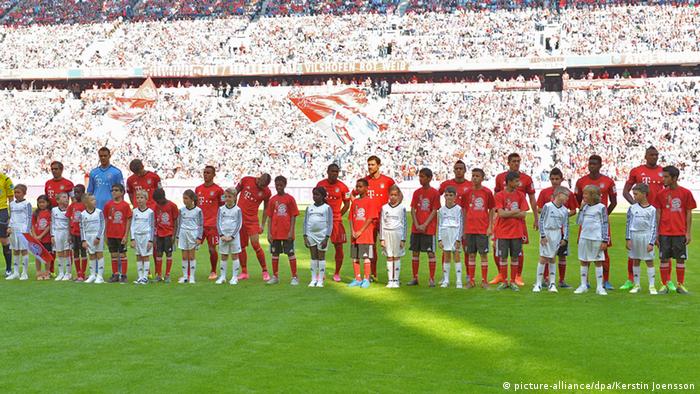 Across Germany there are many local initiatives in place to support refugees. Often people involved in the programs have come to Germany themselves years back as asylum seekers. They have knowledge and experience, which allows them to provide real help to refugees. In the western German city of Cologne, the city's volunteer network is trying to form a team of volunteer interpreters, for instance. They are looking for foreign nationals who speak Albanian, Arabic, Serbian, Tigrinya, Romani, Russian and German too – as well as people who speak other languages aswell.

The organization has also created a #link:http://www.koeln-freiwillig.de/engagement:German-language database #of places that you can volunteer in and around Cologne too.

Where can I play sport?

If you like to play sport in a club, it's possible to do it just about anywhere in Germany. From cricket to boxing, and everything in between, there are some 90,000 sports clubs across the country. Most of them require some sort of membership fee if you want to join, which varies from club to club.

One of the most popular sports in Germany is football, or soccer. Some people play football outside of a club setup in Germany too, just on a field or on a sports ground in their local neighbourhood. The German Federal Ministry for Migration and Refugees (BAMF) has teamed up with the country's national football association to help refugees get better access to football. The German Olympic Sports Confederation (the DOSB) also supports sport for refugees and people with a migratory background through their program: #link:http://www.koeln-freiwillig.de/engagement:Integration through Sport.#

What can I do in my free time?

In many towns and cities across Germany there are public music schools for children, youths and adults to join. Many of these institutions do have programs specially tailored for refugees. You can #link:http://www.musikschulen.de/suche/musikschulsuche/index.html:search for a music school online.# If you prefer reading or learning, it's also possible to borrow books in public libraries. Many cities have special publications on offer for refugees.

Some universities in Germany have opened their doors to refugees too. The TU Dortmund has launched a series of events designed to allow new arrivals in Germany to learn German and get to know new people and parts of their new city. The University of Göttingen has also designed a program for refugees, #link:http://www.uni-goettingen.de/en/516082.html:which you can read more about here.#

In Berlin there is a crowdfunded project, called Kiron University, which allows refugees to register as students and to take part in free courses.

Further information about what you can get up to in your free time in Germany can be obtained from the advice service for adult immigrants at BAMF and at youth advice centers for migrants across the country. Migrant organizations, clubs and charities can also help.

Iran: President Rouhani hopes for 'easy' return to pre-Trump relations with US

President Rouhani has shown his willingness to restart his government's relations with the US after four years of aggressive policies from Donald Trump. His words follow Ayatollah Khamenei's warnings against opening up.

A car has crashed into the gates of the office of German Chancellor Angela Merkel.

Germany has hit a record daily coronavirus death rate, while an Italian proposal to shut all ski resorts across the EU has drawn mixed reactions. DW rounds up the latest.