Argentina has blocked entry to anti-globalization activists ahead of its hosting of a key World Trade Organization meeting. The WTO agenda includes ways to stem over-fishing and safeguards for online trading. 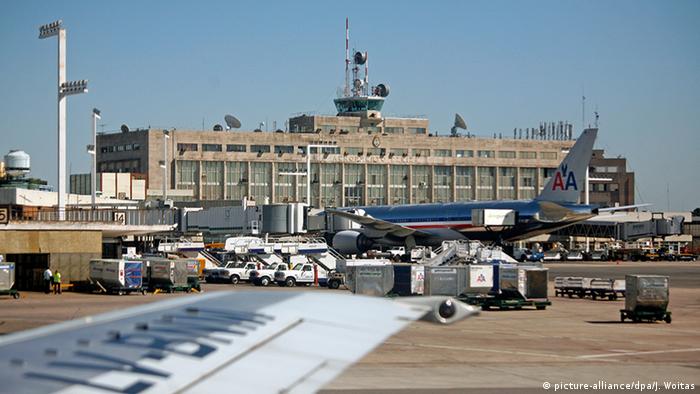 Argentina under its market-reform President Mauricio Macri turned back two European anti-globalization activists as they arrived at the airport to observe a large World Trade Organization ministerial meeting beginning Sunday in Buenos Aires.

Last month, Argentina rescinded the credentials of some 60 activists, claiming their presence would be "more disruptive than constructive" among 4,000 government delegates from the WTO's 164 nations.

News of the deportations emerged internationally Saturday, prompting Amnesty International Argentina to tell Britain's Guardian newspaper that it was puzzled by the Argentinan Foreign Ministry's claim that some would-be attendees intended to generate "chaos."

Ecuador-based Sally Burch, a self-declared activist and British journalist who directs the Latin American Information Agency, told a Buenos Aires radio station that she was refused entry as she arrived at the capital's international airport.

"It's not very democratic of Argentina's government," she remarked.

Petter Titland, head of the Norwegian NGO Attac Norge, said Argentine authorities had not explained why they had denied him entry, before reportedly sending him on to Brazil.

"Ensuring the security of the conference is, of course, essential, but I fail to see how the NGO representatives based in Europe who have seen their accreditation revoked would pose any security threat," Titland wrote on Twitter.

For its part, WTO spokesman Keith Rockwell said the Geneva-based organization did not agree with Argentinian officials' decision.

"We didn't have the same perspective, but we're now moving on," he told journalists. 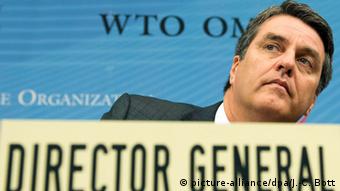 Azevedo said he is not expecting any breakthroughs

It is one in a series of global events to be hosted into next year by Argentina as chair of major economies within the G20 group.

The WTO's agenda in Buenos Aires will include calls to end subsidization of ocean-going fishing fleets, long practiced by industrial blocs such as the EU and blamed by poor countries for depleting coastal fisheries.

More than a third of world fisheries – outside fish farms – are unregulated and undocumented, according to the Global Ocean Commission at Britain's Oxford University.

"If we decide to curb and finally ban harmful fishery subsidies in Buenos Aires, consumers will be able to enjoy fish with a clear conscience in the long run,” said Karl Brauner, the deputy chief of the WTO. 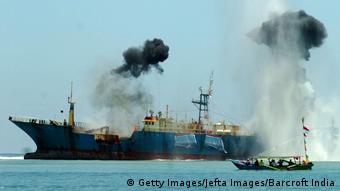 Since 2014, Indonesia has sunk 'poachers' boats

The WTO's will also focus on a proposed global standard to better safeguard consumers and vendors when they buy and sell goods and services online.

Oliver Wieck, who heads the German branch of the International Chamber of Commerce, said it would be "easier for consumers” and help remove problems for vendors stemming from a lack of rules.

Last Tuesday, EU Trade Commissioner Cecilia Malmstrom said those talks – under way for 18 years – could continue into next year.

On Thursday, the European Commission said all products delivered to Europe must continue to comply with EU food standards. 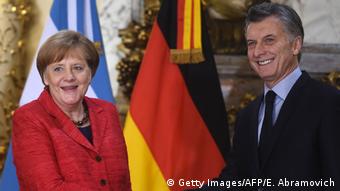 WTO delegates in Buenos Aires are also likely to focus on Washington's blocking of appointments of judges to the WTO's dispute settlement system, which has played key roles in standoffs, for example, between Boeing and Airbus.

"The appellate body will be down to four members from its regular seven-member contingent from the middle of next month, said a Geneva trade official.

The WTO's Brauner said the "leadership deficit" created by the Trump administration had created an opportunity for the European Union.

On Friday, Japan and the EU finalized a free trade deal.

British journalist based in Ecuador