For small-scale farming in Africa to be sustainable, farmers need better access to new technologies, says Agnes Kalibata, President of the Alliance for a Green Revolution in Africa 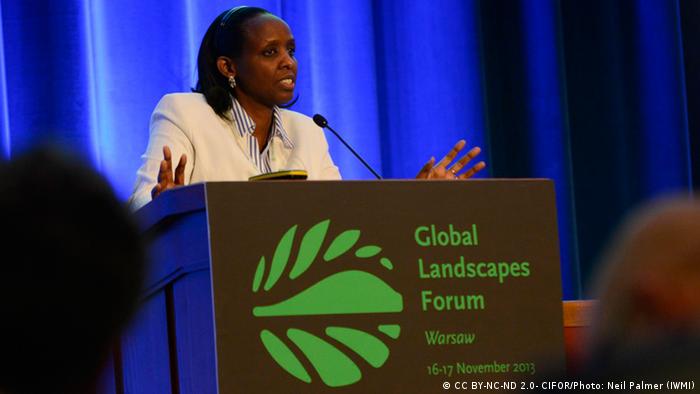 Agnes Kalibata is a former Rwandan cabinet minister and current president of the Alliance for a Green Revolution in Africa (AGRA) in Nairobi. She was in Berlin to attend the "Grüne Woche" (Green Week), one of the world's biggest trade fairs on agriculture, nutrition and food security. Deutsche Welle spoke to Kalibata and asked her how she thought farming practices could be improved for small-scale farmers in Africa.

Deutsche Welle: How can food security be improved and the agricultural sector expanded in Africa?

So if you look at small-scale farmers in Africa, how could they get this kind of access?

We are looking at companies that can actually be able to have seeds that are suitable for the kind of environments where these farmers are working. We are looking at businesses that can move fertilizers from wherever they're being produced to near these farmers. So farmers are already accessing input to some extent - but a very limited extent, less than 20 percent. From a research and development perspective, we are trying to open up that space to ensure that farmers who are being stressed from a climate change perspective have the right seeds to be able to deal with that, to be able to produce.

What role can international companies play in the agriculture sector in Africa? What role should they play?

What companies can do is, one, they have the capacity to invest so they can invest in innovations that are more appropriate. Number two, work to invest in these very environments with financial institutions, in a way, build partnerships that allow access to resources for these communities as well. Because if you're involved in those specific communities, if you're willing to invest in them, it also allows resources, people who are trading or doing business with resources, to come closer.

Agnes Kalibata is a former Rwandan cabinet minister and current president of the Alliance for a Green Revolution in Africa (AGRA) in Nairobi.