Thousands of inmates in Turkish prisons and politicians have ended their hunger strike, after a call from jailed Kurdish rebel leader Abdullah Öcalan. They had been protesting his jail conditions. 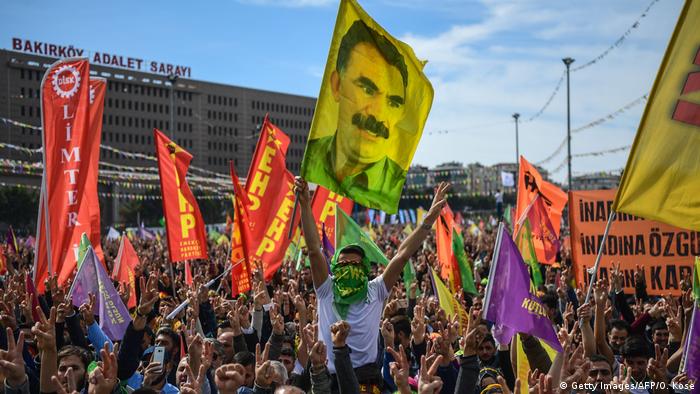 Several Kurdish politicians and thousands of prisoners in Turkey have ended their hunger strike on Sunday after a plea from Abdullah Öcalan, who himself has been incarcerated since 1999.

Lawmaker Leyla Guven's hunger strike had lasted for more than six months as part of efforts to secure Öcalan regular access to his family and lawyers. She was joined in her protest by prison inmates.

The Kurdish leader had been prevented from talking to his legal team for the last eight years, but the ban was lifted on May 2.

Öcalan's statement was read by one of his lawyers at a press conference earlier on Sunday in Istanbul.

Nevroz Uysal communicated a message from Öcalan in which he said the fasting should finish, given that they had "achieved" their objective.

The statement added: "Comrades who have committed themselves to hunger strikes and death fasts, I expect you to end your protest."

Many pro-Kurdish Peoples' Democratic Party (HDP) lawmakers had accompanied Guven in her protest.

The prisoners also responded to the request to stop their abstention. "After the call... we are ending our hunger strikes," representative Deniz Kaya said.

Öcalan is the founder of the Kurdistan Workers Party (PKK), which the United States, the European Union and Turkey all recognize as a terrorist organization. He was captured by Turkish special forces in Kenya and has been in jail for over 20 years. 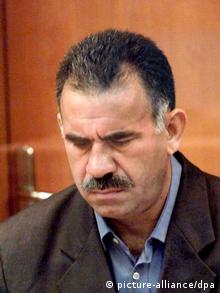 PKK head Öcalan during his trial in May, 1999

The PKK leader had previously spent time in exile in Syria and is held in particularly high esteem by Kurdish women followers due to repeated demands for their liberation. Many families display his picture in their homes, and Öcalan's nickname, Apo, is emblazoned on a number of buildings.

His capture provoked thousands of Kurds to protest across the world, including in Germany. Three Kurds were killed and several injured during an attack on the Israeli Consulate in Berlin shortly after Öcalan's arrest.

"We will not be part of this crime." That's the protest call by academics who dared to criticize Turkey's military offensive against the Kurds. Hundreds of them have lost their jobs — some have been jailed. (29.04.2019)

Opposition party leader Kemal Kilicdaroglu was attacked by an angry mob in public and nearly killed — the latest in a spate of such violence. What does the incident say about the political culture in the country? (03.05.2019)

An End to Violence? - The PKK Wants Peace