A year after the Thalys attack, how has European train security changed? | Europe | News and current affairs from around the continent | DW | 20.08.2016

A year after the Thalys attack, how has European train security changed?

On August 21, 2015, an attacker shot at passengers on the high-speed Thalys train from Amsterdam to Paris. He was overpowered by passengers. A year later, what security improvements have been made for rail passengers? 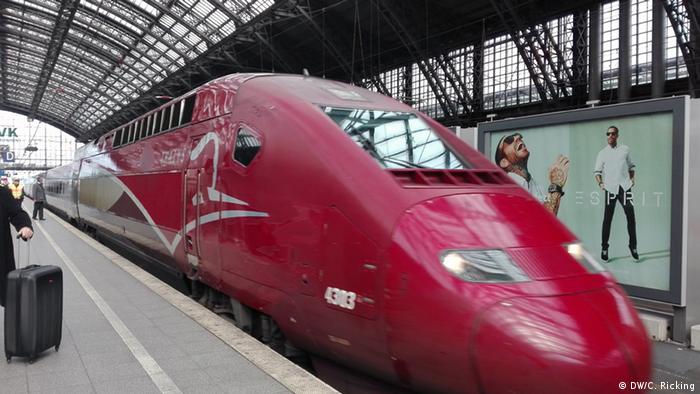 France has implemented the tightest controls. Security checkpoints, similar to the metal detectors at airports, have been put in place in Lille and the Gare du Nord railway station in Paris. Passengers must be present at least 20 minutes before their departure; wait times have increased accordingly. These changes, however, apply only to the high-speed Thalys train. Other trains are monitored by random searches from an increased number of security personnel.
Police and plainclothes security officials move through the train cars to apprehend suspicious individuals. At several stations, passengers are required to go through a document check before boarding. Separate name tickets to supplement the travel tickets, as once proposed by European interior and travel ministers, are not in place as of yet.
Brussels tension abated
The August 2015 attacker, Ayoub El Kahzani, did not board the train in Paris, but rather in Brussels. The 25-year-old Moroccan was armed with a pistol, a box cutter and an assault rifle. In Belgium, the heavily armed man was not noticed. Would that be possible today, a year after the attack?
Sporadic fences exist. For the Thalys train, conductors stand at every train door on the platform. "Those were in place before the attacks," DW's Brussels Correspondent Bernd Riegert said. Identity and visual inspections are not as thorough as in the days after the attack, Riegert said, corroborating passenger reports of no obvious extra security controls in Liege. In the rest of the country, no special measures are being taken. 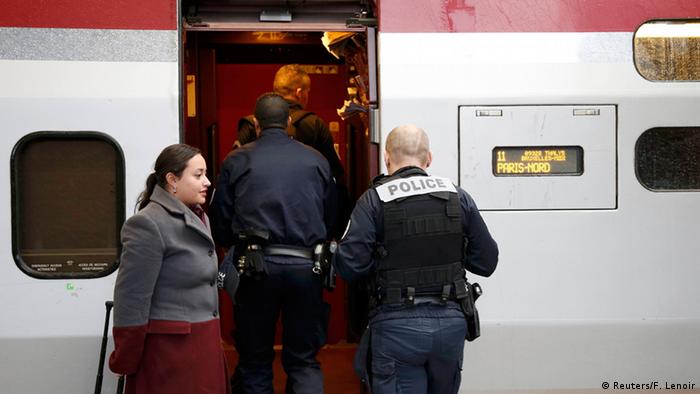 France has boosted security for Thalys trains, seemingly more so than Belgium

Britain and the Eurostar
Only the Eurostar train between Britain and continental Europe is as tightly controlled as an airport. That may well be because the United Kingdom is not part of the Schengen area. In the rest of Europe, only Spain and Italy are known to have security checks for long-distance trains, or the occasional random inspection upon boarding. Lock systems have been rejected in order not to threaten the freedom of movement. Only more intense luggage checks are to be carried out.
The situation in Germany
Interior Minister Thomas de Maiziere has said he does not want complete, comprehensive passenger and baggage checks on trains - neither in Germany nor Europe. Instead, he wants a more extensive European air travelers' list - the Thalys attacker had previously traveled on planes.
More than 7 million passengers travel on German trains daily. In this system, when so many people have tight connections between regional and long-distance trains and because of protections for passenger mobility, it is clear to everyone that a closed system with security controls similar to airports is not realistic for Germany. Such a system would also not be adhered to nationwide. Deutsche Bahn, the country's main rail operator, has advocated in favor of keeping the "open system."
Thus, the Thalys stops in Cologne and Dortmund do not have special security checkpoints like those in Paris. 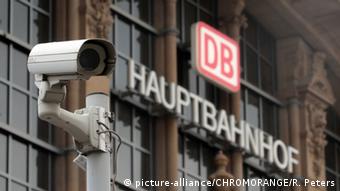 Deutsche Bahn is planning to upgrade its security camera infrastructure

Some 3,700 security personnel and a further 5,000 police are present on trains and at train stations to guard against threats to rail passengers. Deutsche Bahn wants to increase that number by several hundred.
An 85-million-euro ($96 million) upgrade is to be made on video surveillance alone. There are already more than 27,000 security cameras on trains - twice as many as in 2010.
The extra cameras at train stations cover 80 percent of passengers. The earlier criticisms of video surveillance have given way to broad consensus.
Along with the monetary investment, German Rail is working very closely with all important security authorities, according to a spokesman. The numbers back that statement up - trains are safer than all other public places in Germany. Deutsche Bahn chief Rüdiger Grube told the "Süddeutsche Zeitung" newspaper: "Even more sophisticated security measures for such acts of violence cannot be ruled out completely."

France has suffered a wave of terror attacks, resulting in a drop in tourism. Marcel Fürstenau vacationed there anyway, and admired the French people for their poise. (19.08.2016)