Bassant Helmi is one of the most prominent German-Arab networkers for women entrepreneurs in the Middle East. Her goal of the past 20 years — to make women in the Arab business world visible and to create role models. 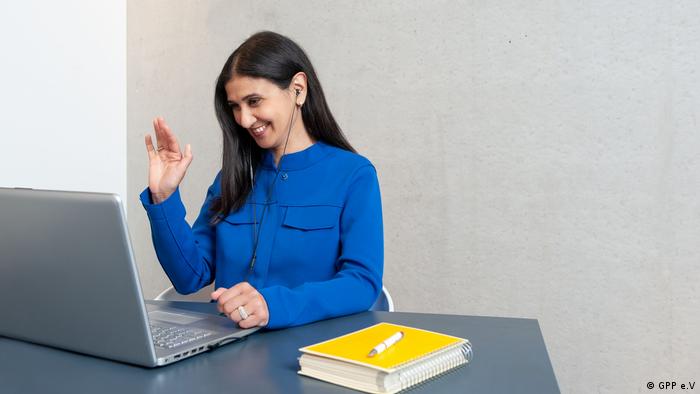 At first glance, Bassant Helmi could be easily mistaken for one of Berlin's first tourists after the easing of the city's coronavirus lockdown as she heads for a park bench near the Spree River with a coffee-to-go in her hand. But her brisk step doesn't really match the pace of a relaxed holiday. The 48-year-old Egyptian, who has chosen Berlin as her home, is one of the best-known networkers for Arab women entrepreneurs in Germany and the Middle East.

Helmi speaks fast and finishes her coffee quickly; she is obviously a city person.

"When I moved to Berlin in 2000, I realized that this could be an amazing chance to use my new position as head of the Berlin liaison office of the Egyptian Chamber of Commerce as a platform to support women entrepreneurs in my home country as well," she tells DW in Berlin. The professional conditions were ideal and the contacts already in place, as Helmi had headed the business department of the German-Arab Chamber of Industry and Commerce in Cairo prior to marrying a German and moving to Berlin.

Helmi has never been someone who just talks the talk: She is far too passionate about bettering the conditions for women entrepreneurs. Consequently, as early as 2001, she founded the association "Global Project Partners e.V.," initially with 20 female members. Since then, it has grown into two of the most important German-Arab networks, with over 4,000 members: "Women in Business MENA" has been a cooperation project to support (prospective) women entrepreneurs in Tunisia, Egypt, Lebanon and Algeria since 2016, and in 2017, the "Digital Arabia Network" (DAN) came into being to enhance key technologies in the Middle East. 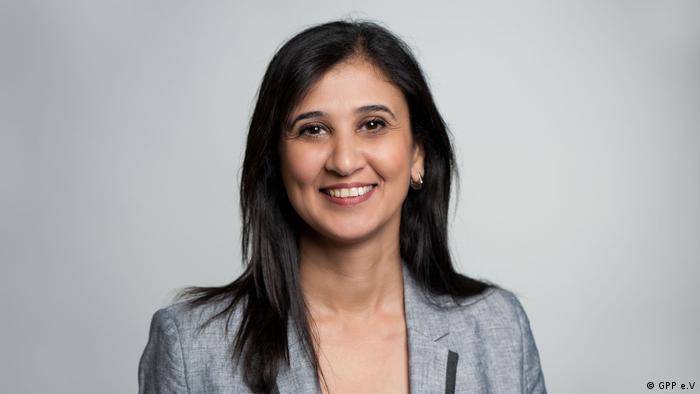 Bassant Helmi's networks connect more than 4,000 businesswomen in the Middle East and Germany

At the moment, Helmi is busy preparing the online conference Rakameya, which is hosted by DAN. The conference is best described as a kind of re:publika for the Middle East and will take place from June 15 to 17, 2021. The talks will address diversity, data protection, digital freedom, fake news, citizen participation and the fight against corruption, among other topics.

"Everything is happening online, not so much because of the pandemic, but because it allows us to protect our speakers and participants," Helmi explains, and adds: "We are well aware that the topics are particularly sensitive in some countries."

Helmi thinks highly of the advantages that come with living in an EU member state and dreams of an Arab version. However, so far, despite her motivation, support and a lot of luck, networking for Arab women entrepreneurs hasn't been an easy journey, and odds are that things aren't going to change quickly.

According to recent data by the World Bank, only around 20% of the workforce in Egypt is female. "Arab women have always been active in the economy, but the big hitch comes with family planning," Helmi says in the accent-free German that she first learned in the German kindergarten and German school in Cairo.

One of the main reasons is that children and careers are not yet considered compatible. In other words: For Egyptian women, the traditional triple burden of work, family and extended family still exists. This is underlined by a report by the American University in Cairo that notes that there are only about 12,500 child care facilities in the country of 101 million people.

However, a positive signal could be the country's "Sustainable Development Strategy Egypt 2030," a political development plan that lists women's empowerment as one of the key objectives.

For Bassant Helmi, however, the birth of her daughter in 2008 was no reason to consider ending her career. "My husband and I both took parental leave, but there is nothing like that in Egypt," she says.

"I am still surprised that people in Egypt and in Germany ask me why a networking association for women is needed," Helmi says, laughing. The question is practically always asked by men.

However, the answer is obvious. Such a network is needed because networked women have a better chance of tackling the biggest problem of setting up a business: financing. "In Egypt, business money still comes from family and friends and only then from banks," Helmi says.

The main reason for this is an ambivalent relationship with institutionalized banks. According to current figures from the World Bank, just under 40% of the over-15-year-olds in Egypt own a bank account. That is 20% less than the global average. Dedicated women's empowerment programs in Egypt do exist but are still rare, despite a paradoxically high presence of female executives in Egypt's banking sector and a thriving local FinTech scene.

The next networking projects will take Bassant Helmi to a new and yet well-known field. " I would like to start using my contacts for projects with Arabic-speaking migrant women in Germany," she tells DW. For this, she would like to work with women from the Middle East who have been here for a generation or more.

Taking her network back to where it all started 20 years ago brings her full circle. "So far, all my networking projects have been abroad, and now it is time to support Arab women here in Germany as well," says Helmi, as she takes her keys and throws the empty coffee cup into a trash can. This busy urbanite has to leave on time for her next appointment.