A Win-Win Situation for American Investors in East Germany | Germany| News and in-depth reporting from Berlin and beyond | DW | 13.07.2006

A Win-Win Situation for American Investors in East Germany 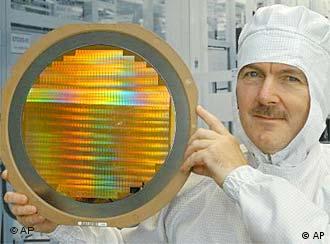 President George Bush on Thursday is visiting Angela Merkel in Stralsund on the Baltic Sea. The German chancellor invited her American counterpart to her own electoral district in eastern Germany, in part so he could form his own impressions of the "new" states nearly 16 years after German reunification.

Though unemployment is still uncomfortably high in the East -- between 20 and 30 percent in Stralsund -- Bush's countrymen and women have been playing a significant role in the recovery of the eastern German economy. American investors are attracted to the central European region, primarily because of its opportune geographical location, and numerous American companies have written their success stories there.

Billions from the US since reunification

"The US is the most important investor in the East German states," said the American ambassador to Germany, William R. Timken. "American companies employ nearly 40,000 people there and we Americans are an important part of the eastern German economy." 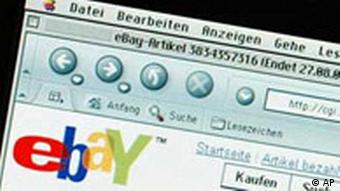 After the fall of the Berlin wall in 1989 and German reunification in 1990, around 400 American companies set up shop in former East Germany -- from Dow Chemical, E-Bay and General Motors to Coca-Cola, Goodyear and smaller businesses, too.

American companies have since invested a total of 17 billion euros ($21.7 billion) in the East German economy.

Gateway to the East

"The new German states serve as a gateway to these new markets for the investors," he said.

However, geography is not the only plus to investing in former East Germany.

"Germany offers security: legal security and financial security for the investment," Tiefensee said. "And that gives it an advantage over other countries."

AMD, the world's leading producer of computer chips next to Intel, is one of the American companies that have invested in eastern Germany. They came to Saxony, which even during communist times had been a hub for the micro-electronic industry. 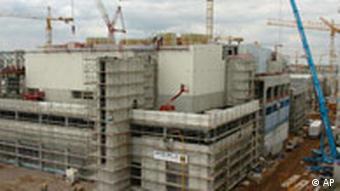 Wages are lower in Saxony than in western Germany, as is the case in all five new states. The labor market is also more flexible and cities with major universities, like Dresden in Saxony, have highly qualified specialists.

AMD manager Hans Deppe hasn't regretted the move to Saxony and has a positive outlook on the future, in spite of challenging market conditions.

Competition on the global market

"We face global competition in the semi-conductor industry, which is not limited to just the European Union," Deppe said. "What has been built up in the micro-electronic cluster in Saxony has so much potential that we are going to see growth in the future. I'm certain of that."

At AMD, growth is well underway: the chip producer recently announced plans to invest an additional $2.5 billion in its Dresden plant. Twenty percent of that will come from the German taxpayers in the form of investment bonuses.

Saxony is one of Germany's 16 federal states

State subsidies are yet another alluring aspect of investing in former East Germany. The European Union, the federal government and the new German states all seek to attract potential investors by offering investment bonuses and tax breaks.

Even if the advantages of investment in eastern Germany seem to outweigh the disadvantages, there are a few drawbacks the new states will have to resolve if they want to enhance their global competitiveness.

Issues like recognizing American drivers' licenses in Germany or providing language training for employees are among the less formidable hurdles, but excessive bureaucracy is more critical.

"Germany still has the reputation of being overly bureaucratic, having too many rules and too much red tape," Tiefensee said. "That's something we have to deal with and the federal government is doing that through de-bureaucratizing and by accelerating planning processes."

US President George W. Bush heads to German Chancellor Angela Merkel's constituency in former East Germany on Thursday for a visit that underlines the improving ties between the two leaders. (July 12, 2006)

Since the World Cup ended, host nation Germany has been counting the immediate economic benefits for businesses during the month-long event. It is also hoping the effects are long term. (July 13, 2006)

A prize-winning documentary project, now available as a DVD-ROM, explores the history of the German Democratic Republic through the eyes of those who lived it. (May 3, 2006)