WikiLeaks has accused Internet giant Google of handing over emails of the whistleblowing website's senior staff to the US authorities - and keeping the release silent. DW talked to one of those staff about the release. 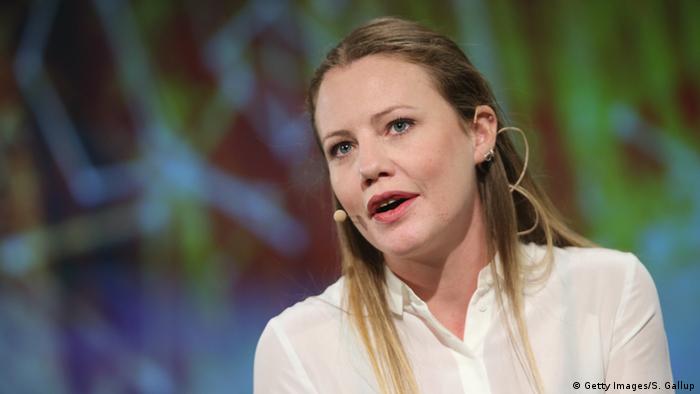 The warrants for the release, issued by the US Department of Justice, concerned the Google accounts of WikiLeaks section editor Joseph Farrell, spokesman Kristinn Hrafnsson, and Sarah Harrison, investigations editor.

DW: What kind of information has been passed by Google to the US government?

Sarah Harrison: All we know is that the US government asked for everything to do with any and all Google accounts that we hold. That would include all emails, including deleted emails, contact lists, IP addresses that we logged on from. This really shows a blanket, organizationwide attempt to gather any and all information on us. And what's interesting about our email accounts is that - for all of us there - these were our personal accounts that we had before joining Wikileaks. I think it really does show the US government trying to even go to the stage of mapping out personal contacts in our personal lives in just a hope to get anything on WikiLeaks as an organization.

You have already experienced something similar with Twitter. Is there a difference between what's happened now with Google?

There was a similar situation with Twitter, yes. There were warrants and subpoenas from the US government to Twitter, asking for information on accounts of various people associated with the organization. What was interesting there was that Twitter, when it first found about the warrants, actually fought the gag order! And they were actually successful in doing so. So that is the precedent that was set. In the case of Google, however, there is no indication that they did this at all. They just rolled over and did exactly what the US government said and haven't told us for two and a half years.

The Google instance did indeed take place over two years ago. What is the reason for the delay?

I assume it has to do with the gag order in the first place. Why specifically now has the gag order been dropped? This remains unclear. Now, what is interesting to note here is that, although the gag order has been dropped, the company Google is only able to notify the specific targets - namely us three. It does not mean that the warrant is no longer under seal. Even if my lawyer were to go to the US and ask for it, it would still be considered "under seal" and part of something that is ongoing. All that has happened now is that we were allowed to be notified of it by Google. When specifically they were allowed to do that, remains unclear. We don't have that information. However, when they actually sent it to us, all three of us received it just a day before Christmas. I very much doubt that the court was suddenly dropping the gag order at this time. 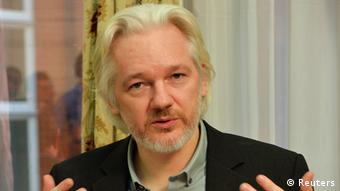 Harrison is seen as one of Assange's closest advisors

The investigation is against Julian, and Julian specifically, and then WikiLeaks. Obviously, I work for the organization. Specifically why me? That is unclear. The other interesting point about this whole process is that when the prosecutor goes to the judge to get one of these warrants, they have to display and explain why it is needed, and they should be showing quite a high level of probable cause of suspected or alleged offenses. Why specifically they would have any probable cause against us as journalists, I don't know. What is interesting here, is that actually all of that reasoning from the prosecutor has been kept - and is still kept - secret and under seal. We do have a part of the warrant, and they do state therein the "suspected offenses," or the laws under which they suspect we have committed an offense, and how accessing our Google accounts will assist them with their investigation: They include espionage, conspiracy to commit espionage and the Computer Fraud and Abuse Act. So we know that it is within these laws that the prosecution has stated its case to the judge to get this warrant, but why specifically us and which specific elements of those laws, we do not know yet.

What was your reaction when it was definitely confirmed what Google had done?

Working for this organization, we have to operate at a high level of security. We understand that there is not only mass surveillance, but that we are also quite likely targets. I think for me what was most upsetting, though, was that this was my personal account that I had had years ago. We are talking about personal email correspondence with family and friends. This really brings home the violation of privacy in a very real way. With regard to our work, we understand that we have to work in a very secure manner anyway, so it hasn't affected that so much.

What can you do now?

There is legal action to be taken. Our legal team in the US has already started. They have written to Google to ask why they did not fight the gag order. Also, they are writing to the Eastern District of Virginia to try and find out more information - what specifically they wanted the emails for, etc. There is legal action to be taken here, and we will be following through with that in due course.

Sarah Harrison is a British journalist. She has worked as an editor with WikiLeaks on some of its most groundbreaking files, including those pertaining to the US-led wars in Afghanistan and Iraq.