'A treasure for our country': Germany says farewell to Roman Herzog 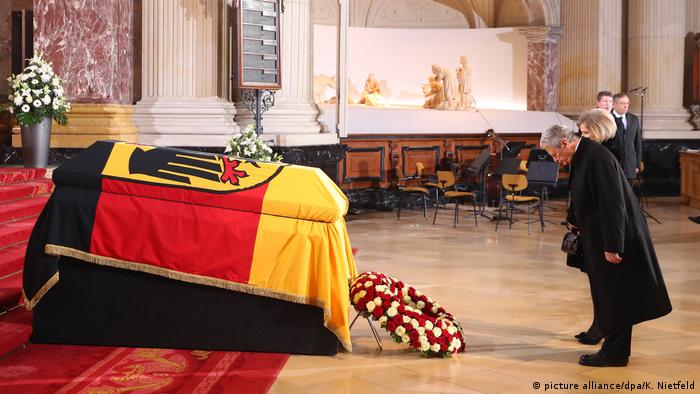 "We bow to a federal president whose legacy is a treasure for our country in word and deed," German President Joachim Gauck said in his eulogy on Tuesday for Roman Herzog.

As friends, family and various leaders, including German Chancellor Angela Merkel and EU Council President Donald Tusk, gathered to pay their final respects in the Berliner Dom, Gauck praised the former president's "moral compass." Herzog, who held the largely ceremonial post of German president from 1994 to 1999, was regarded by many as a leading moral figure in Germany's post-World War II development.

"Federal President Roman Herzog set great store by encouraging us all to tread new paths," Gauck said. "He engaged with history in keeping with his mantra of 'truth and clarity.' He avoided no topic, and therefore expressed what he thought was important to say in a manner that was clear for all to understand."

Herzog will be remembered for daring to squarely approach Germany's history during World War II. He won widespread praise for appearing at a series of events marking the 50th anniversary of the Warsaw Ghetto uprising and the liberation of the Nazi death camp at Auschwitz.

Lutheran Bishop Heinrich Bedford-Strohm, who presided over the funeral, said in his eulogy that Herzog strengthened "a culture of remembrance" in Germany. 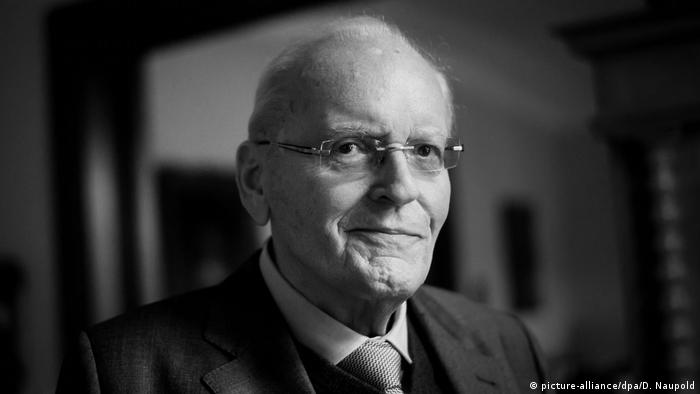 Herzog, who stressed the importance of remembering the crimes of the Nazi-era, will remembered for strenghtening Germany's "culture of remembrace."

Herzog was also instrumental in pressing Germany to adopt economic reforms in the 1990s, as the country was suffering economic decline following its reunification.

In what was possibly his most famous speech, we warned Germans that they had become too dependent on the state and needed to face up to much needed reforms and sacrifices. "Those who want to delay or prevent major reforms need to be aware that our nation will pay a high price for this," he said.

Herzog died on January 10, 2017, at the age of 82. He will be buried Friday in the town of Schöntal in Baden-Württemberg.