A toast to communist champagne, Germany′s favorite drink | Germany| News and in-depth reporting from Berlin and beyond | DW | 12.01.2009

Barely a handful of East German products were able to hold their own after reunification. One that did was Rotkaeppchen sparkling wine. The company even managed to buy out western rivals and today it's a market leader. 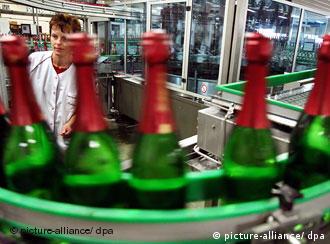 Rotkaeppchen did more than just survive the reunification

It came as no surprise that East Germans wasted little time trading in the brands they had grown up with for the West Germans products they had believed would remain out of their reach forever.

Perhaps it is more surprising that any East German products survived at all. But in fact, quite a few did, from the Florena cosmetics label, now owned by Beiersdorf, to Spee laundry detergent, which was bought up Henkel.

One even went on to become not only a favorite among nostalgic East Germans -- it also swallowed its rivals and spat them out like a corked wine. Today, Rotkaeppchen sparkling wine is Germany’s market leader. 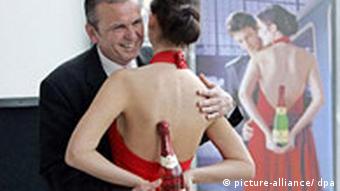 The company's meteoric success is one of the quirkier outcomes of reunification. The Rotkaeppchen -- Little Red Riding Hood -- wine cellar first opened in Freyburg an der Unstrut, south of Leipzig, in 1856, and today the 650-hectare vineyard is one of the smallest in Germany. But only a fraction of the grapes that go into the sparking wine are grown here, while the rest come from France, Italy, Spain and western Germany.

The company was turned into a collective during the communist era, producing 15 million bottles of bubbly a year.

For a brief interlude after the fall of the Berlin Wall, East Germans drunk on the temptations of capitalism spurned Rotkaeppchen in favor of more glamorous western labels, and for a while the company floundered. In 1991, only 2.9 million of the red-topped green bottles were sold.

But its fortunes changed in 1993 when Gunter Heise, the company's technical director, decided to take matters in to his own hands. In a management buyout, he and four of his colleagues took over the malingering business from the trust created in 1990 to privatize the East German enterprises owned as public property.

Entrepreneur Harald Eckes-Chantre and his family footed the lion's share of the bill, while the five company employees put up the rest. Today, the Eckes-Chantre family still owns more than 50 percent of the company, while the rest belongs to Heise and three of the original investors. 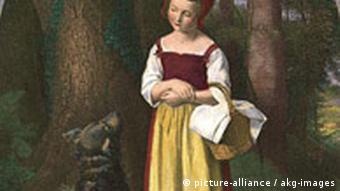 In 1994, the team began their efforts to break in to the western German market. They were so successful that by 2000, sales of 50 millions bottles a year made the company Germany's number one sparkling wine maker.

By 2002, Heise and co. were feeling confident enough to take over their Hessen-based rivals Mumm, Jules Mumm and MM Extra from Canadian drinks manufacturer Seagram. One year later, they snapped up the small but upmarket Geldermann company from Bavaria.

The second-largest share is owned by Spanish company Freixenet, with a mere 17 percent -- although Freixenet leads on the international market. Rotkaeppchen, nonetheless, occupies an admirable second place.

The latest addition to the Rotkaeppchen empire was made in late 2006, when the company bought the western German liquor manufacturer Eckes Spirituosen & Wein, which makes Chantre and Mariacron brandy, Eckes cherry liqueur and Nordhaeuser schnapps.

The acquisition shot the company to the top of the German liquor market. 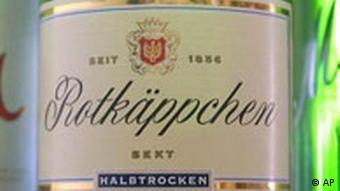 The company was founded over 150 years ago

Joachim Schuetz is CEO of Markenverband, the German Brands Association, which numbers Rotkaeppchen among its members.

He says the company's owes its success to its change of strategy in 1993.

"After the management buy-out, the company chose to promote Rotkaeppchen as a pan-German brand," he said. Even though it was known as a quintessentially East German brand, it had wider potential and its new owners made the most of the opportunity.

"They were successful because they acted fast," said Schuetz.

Nonetheless, at a time when nostalgia for East German culture and kitsch shows no signs of abating, its image as communist champagne has by no means damaged Rotkaeppchen's reputation.

The company itself insists it has never deliberately tried to milk this trend. In fact, it sees the association has something of a hangover it can't shake.

"We would rather shed the East German connection entirely," said a company spokesperson.

Management actually refuses requests from journalists wanting to report on the company as a specifically East German success story.

"Our GDR past was only one chapter in our history," said the company. "We would rather concentrate on the future."

Sales suggest that this approach seems to work.