'A sliver of hope' for peace in Ethiopia 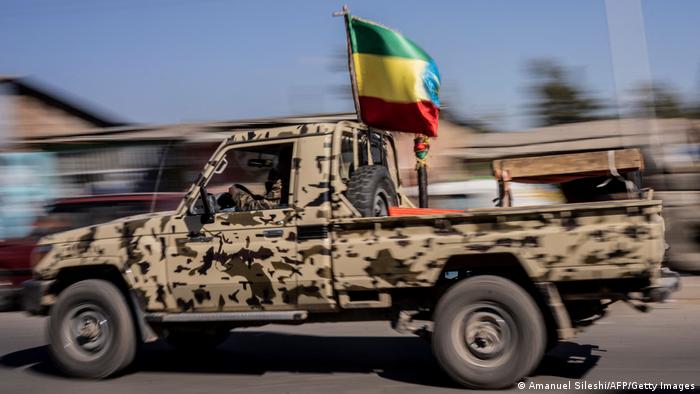 The Tigray People's Liberation Front (TPLF) said the pullout of Tigrayan fighters from the Afar and Amhara regions was intended to pave the way for a cessation of hostilities, followed by peace talks.

The government of Prime Minister Abiy Ahmed, however, has downplayed the withdrawal announcement as an attempt by the TPLF to cover up a crushing defeat by the national army.

The Ethiopian government said in a statement released on Twitter that it wouldn't command its forces to further advance into the Tigray region.

But it warned that the decision could be overturned if "territorial sovereignty" were threatened.

A rocky road to peace

Horn of Africa analyst Murithi Mutiga from the International Crisis Group called the TPLF's withdrawal "a sliver of hope" for the eventual end of the civil war, which has been raging in Ethiopia for over 13 months.

Because of the deep mistrust between the warring parties, the obstacles to a sustained peace are "formidable," Mutiga told DW in an interview from Nairobi, where he is based.

In addition, both Abiy and the TPLF enjoy "support bases which are very inflamed and extremely nationalistic," Mutiga said.

Abiy will also have to tread carefully to avoid upsetting his closest allies, the Amhara, Ethiopia's second-largest ethnic group.

The Tigray region and the Amhara region, which borders Tigray to the south, have been embroiled for decades in a dispute over land.

During the civil war, Amhara forces took control of several areas of this disputed territory in western Tigray.

Because of this, the Amhara may see any attempt to negotiate a cease-fire as a "betrayal" by Abiy's government, Mutiga said.

The role of Eritrea

The same applies to Eritrea, which has been a stalwart supporter of Abiy's since the start of the conflict in November 2020, even if both sides initially tried to hide the involvement of Eritrean troops.

Abiy was awarded the 2019 Nobel Peace Prize for making peace with Eritrea, his country's longtime enemy.

Like Abiy, Eritrean President Isaias Afwerki views the TPLF as a threat to his hold on power. He also sees Tigray as a haven for Eritrean refugee dissidents.

Afwerki is likely to prefer continued war against the TPLF rather than peace talks, Mutiga said.

"Addis Ababa will have to be more cautious because they do not want to see a disintegration of the Ethiopian state," he said.

But, as the fates of both Abiy and Afwerki are intertwined, "it is true that the Eritrean question will be one of the most difficult," he added. 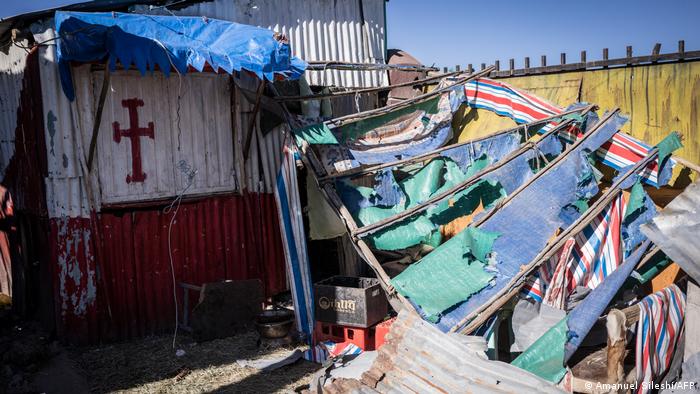 A house allegedly looted by Tigray forces in Mehal Meda

Observers are calling for an increase of international pressure on all warring parties to seize the chance of a cease-fire.

This presents challenges of its own: The UN Security Council has its hands tied because Russia and China, two of the council's five permanent members, have made it clear thatn they believe the conflict is an internal affair for Ethiopia.

Ethiopia's foreign allies, such as Iran, Turkey and Saudi Arabia, have furnished drones and other military equipment that has contributed to recent defeats of the TPLF.

Stopping the conflict is not among the priorities of these foreign powers, Mutiga said.

"There just seems to have been little appetite among them for the irregular removal of a leader from power by an insurgency," he said.

Instead, those governments, like China's, used the perceived support of the US for the TPLF to strengthen their ties with Abiy's administration.

"Ethiopia is a highly strategic country. It is involved not only in the Horn of Africa but also in the Red Sea politics, in the politics of the Nile waters. It is the second most populous country on the continent. It is one that has very serious economic potential," Mutiga said.

Economy in the doldrums

After more than a year of war, Ethiopia's economy is in dire straits.

Year-on-year inflation stood at 34% in October, while food prices peaked at 41% in the same month.

According to a recent UN report, an estimated 22 million Ethiopians will require humanitarian assistance in 2022. 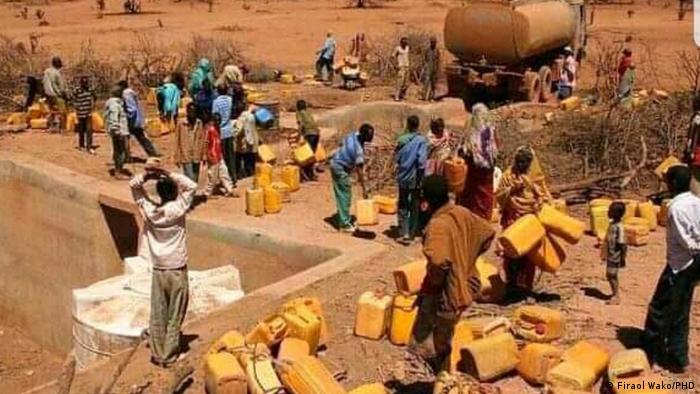 Some regions in Ethiopia, such as the southeast, have been in the grip of a long-lasting drought

The promise of help in the country's reconstruction could be used as leverage by the West, which, at this point, holds little sway over Ethiopia.

Last week, the US announced that it would expel the nation from its African Growth and Opportunity Act, which exempts some countries from trade taxes, as of January 1.

Ethiopia was swift to ask the administration of President Joe Biden to reconsider, showing that the US had touched upon a sensitive point.

Atrocities committed by both sides

The US had been warning for months that it would implement tougher sanctions on Ethiopia because of the Tigray conflict and the atrocities associated with it.

"This war has been fought at a grave cost. We've seen massive atrocities. We've seen the use of rape as a weapon of war. We've seen forcible displacement and indiscriminate shelling of civilians. The armies have behaved very brutally," said Mutiga.

Last week, the UN Human Rights Council in Geneva voted to establish an international commission to investigate reports of violations during the conflict.

Mutiga believes that the atrocities have to be investigated in order to foster a sustained peace.

But he has some words of caution: "I think everybody must tread very carefully to make sure that, while it's absolutely imperative to pursue justice, initially, perhaps, the priority has to be stopping the shooting, stopping the fighting."

Two weeks ago, the Ethiopian army regained control of key territories in the Amhara region from Tigrayan forces. Their war has left communities displaced and in mourning, infrastructure looted and the economy shattered.

Eyewitness accounts allege security forces aligned with Ethiopia's army are rounding up and killing Tigrayan civilians, rights groups have reported. The UN is set to consider investigating the country for war crimes.